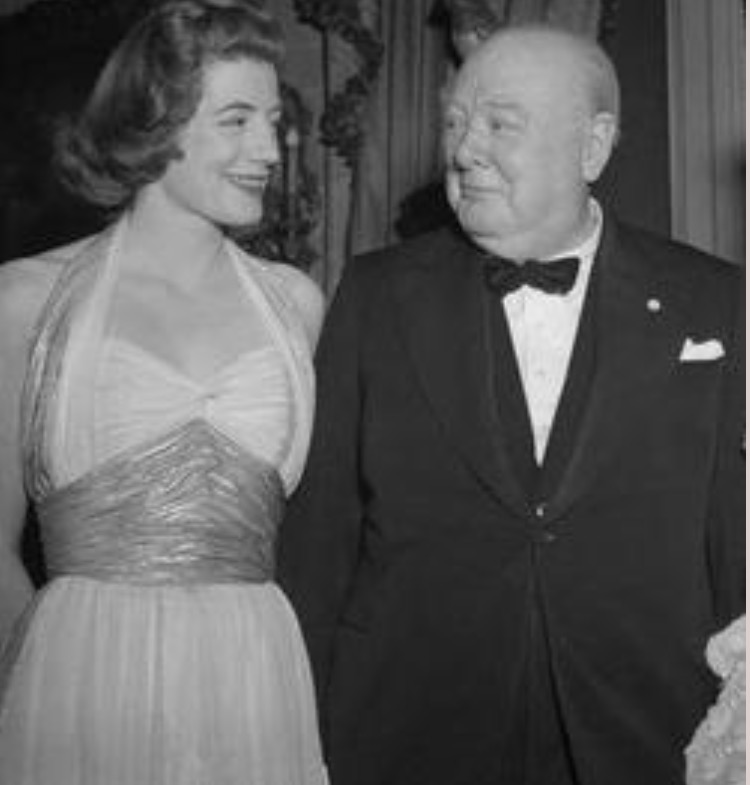 This article on Sarah Churchill is from James Humes’s book Churchill: The Prophetic Statesman. You can order this book from Amazon or Barnes & Noble.

Sarah Millicent Hermione Touchet-Jesson, Baroness Audley was a British actress and dancer who lived from 1914 to 1982. She was also known as Sarah Churchill, the daughter of the famed prime minister.

Despite her being an actress, Sarah offered political advice to her father and even acted as an unofficial career consultant. She warned him of his Conservative Party’s impending defeat in the 1945 election, right at the end of the Second World War.

offered a perceptive warning of the defects of the Tory strategy, noting that the people she talked to would not be “voting for Labour for their proclaimed ideals or beliefs but simply because life has been hard for them, often an unequal struggle, and they think that only by voting Labour will their daily struggle become easier.” With no substantial program of his own to offer, Churchill’s attacks on the Labour Party, though spirited, were probably counterproductive.

Yet this grim prospect was exactly what unfolded over the next twenty-four hours. Churchill waited for returns with his daughter

Sarah and brother Jack in the Map Room of the underground annex at 10 Downing Street. The results staggered him. At 1:00 a.m. the BBC announced a Labour landslide. With 393 seats, Labour had a majority of 146 seats over all other parties.

Sarah Churchill aslo acted as a career consultant to her father in the post-war world. Churchill had declined a steady stream of high-profile speaking invitations in the first months after the war, including those from the kings and queens of Norway, Denmark, and Holland, as well as from Canada and Australia. “I refuse,” said Churchill, “to be exhibited like a prize bull whose chief attraction is his past prowess.”

But Churchill could hardly turn down an invitation than came from the White House in September 1945. Churchill opened it and saw that it was an invitation to speak at Westminster College in a town he had never heard of. Scoffing, he threw it down and said, “I supposed colleges in America are too named ‘Parliament.’” But his daughter Sarah read it and saw that there was a postscript at the bottom of the invitation. “This is a wonderful school in my home state. Hope you can do it. I’ll introduce you. s/g Harry Truman.”

In February, Winston Churchill, accompanied by Sarah Churchill, sailed on the Queen Elizabeth to New York and then took a train to Miami, where a Montreal friend had lent him his home for some sun and sand before meeting President Truman in Washington.

This article on Sarah Churchill is from James Humes’ book Churchill: The Prophetic Statesman. Please use this data for any reference citations. To order this book, please visit its online sales page at Amazon or Barnes & Noble.