Stephen Decatur And The Barbary Conflict 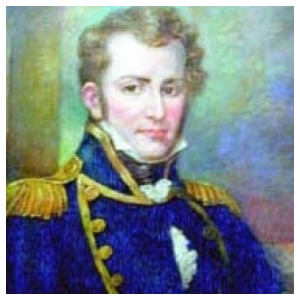 Stephen Decatur Jr., is a name that may only be known to some people, some of the time. That is unfortunate.

Commodore Stephen Decatur was a central figure in the first foreign war waged by the new country of the United States. What has come to be known historically, as the Barbary Wars.

Decatur was a man who followed in his father, Stephen Decatur Sr.’s, footsteps of joining the U.S. Naval forces as a midshipman, at the age of 19.

At the age of 25, Decatur achieved the unique distinction of becoming the youngest man in the history of the navy to reach the rank of captain. Having served under three separate presidencies, he was most readily associated with his ethic of bravery which carried through the early development of the navy and he is generally seen as one of the figureheads in America finding what could be described as its “national identity”.

Having established and developed a working relationship with John Paul Jones, the man later regarded as the founder of the United States Navy, Thomas Jefferson ordered (without troubling Congress for permission), a naval expedition to the Mediterranean, resulting in the first of two Barbary Wars, beginning in 1801.

At the very beginning of the war on May 13th, 1801, Decatur was assigned to the USS Essex under commander William Bainbridge, which was under the command of Commodore Richard Dale. Commodore Dale also boasted command of the USS Philadelphia, President, and USS Enterprise.

So it was on July 1st, that this squadron made history by heading to the Meditarrain and thus becoming the first U.S. squadron to cross the Atlantic.

After learning that Tripoli had already declared war on the United States, Dale ordered that the Philadelphia be left behind to guide the vessels in Tripoli while the rest of the fleet set sail for Algiers and Tunis. A year later, Decatur was given command over the 12-gunned Enterprise. At the helm of the Enterprise, Decatur and crew captured a Tripolitan ketch named Mastico, which was quickly and happily renamed the USS Intrepid.

Later on in 1803, the USS Philadelphia was captured by Tripolitan pirates after being surrendered by Commodore William Bainbridge. So it was Decatur who set sail with the Intrepid and a little under 100 volunteers to set Philadelphia on fire.

According to Naval History and Heritage Command, Lieutenant Decatur and his crew, aboard Intrepid, entered Tripoli harbor disguised as a merchant ship flying British colors, with the mission of destroying the Tripolitan’s prize. Under the ruse of losing their anchors in a storm, the cloaked Intrepid was permitted to moor alongside Philadelphia until morning.

A Tripolitan guard’s warning that the ship’s occupants were American came too late as Intrepid’’s crew boarded Philadelphia, overcame the Tripolitans, and set the captured frigate ablaze. Decatur and his crew were later praised for their “performance of the dangerous service assigned them.”

With this phenomenal military victory achieved it was time to see to the rest of the Barbary states, and thus the second Barbary war began.

According to the William L. Clements library records, it was in 1815, that Decatur, now the commander of the Guerriere, captured the ship Meshouda and in the skirmish killed the corsair Raïs Hamidou. After inflicting further damages on the Algerian fleet, Decatur dictated terms of peace on June 29, 1815. The agreement stated that, in return for the captured Algerian ships, the United States would no longer pay tributes and would enjoy full shipping rights.

In early November of that same year, Decatur returned to New York City where he was rightfully welcomed as a hero and immortalized as the “Conquerer of the Barbary Pirates”.

Decatur managed the difficult task of becoming a legend in his own time.

But the great conqueror finally did meet his end, not at the hands of some foreign despotic regime or in the glorious carnage of battle, but at the hands of a fellow naval officer, James Barron.

Decatur has made some less than complimentary comments regarding what became known as the Chesapeake-Leopold affair. Barron’s USS Chesapeake was woefully unprepared and was quickly surrendered to the British Leopold, after having only fired one shot.

For Barron’s short-sightedness, he was relieved of command and was court-martialed.

Six years later, Decatur, who served on the court-martial, was an outspoken critic of Barron, who returned to America after a sabbatical in Copenhagen, seeking reinstatement.

Decatur was particularly vituperative in his opposition to the reinstatement.

With a rekindled furnace of anger burning within Barron, he challenged Decatur to a duel.

Once this theater of drama played out, Barron’s bullet had charged through Decatur’s hip.

That night, the 41-year old Decatur, died at approximately 10:30 pm, leaving behind his wife, Susan, and no children.