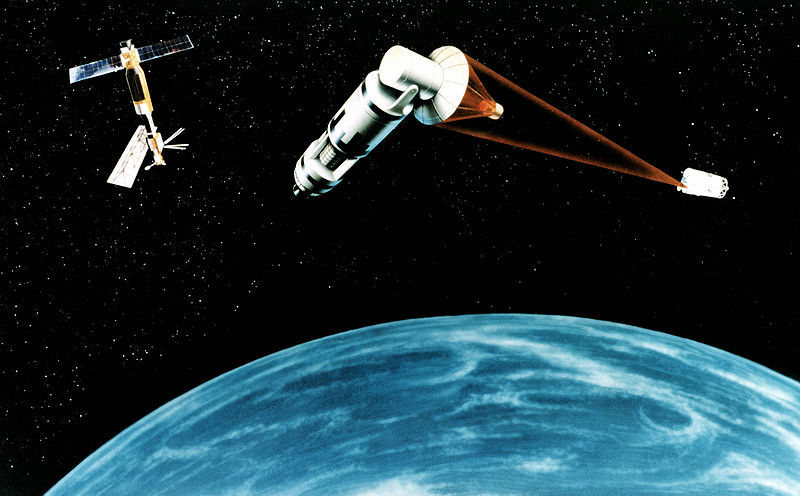 The following article on the Strategic Defensive Initiative is an excerpt from Lee Edwards and Elizabeth Edwards Spalding’s book A Brief History of the Cold War It is available to order now at Amazon and Barnes & Noble.

Nineteen eighty-three was a critical year for Reagan and the course of the Cold War. In March, he told a group of evangelical ministers that the Soviets “are the focus of evil in this modern world” and the masters of “an evil empire.” In the same month, the president announced that development and deployment of a comprehensive anti-ballistic missile system would be his top military priority. “I call upon the scientific community in our country,” he said, “those who gave us nuclear weapons, to turn their great talents now to the cause of mankind and world peace, to give us the means of rendering these nuclear weapons impotent and obsolete.”

Reagan had long favored an alternative to the policy of mutual assured destruction (MAD), under which the United States and the Soviet Union each retained the nuclear capability to retaliate and destroy the other in the event of a nuclear attack. Reagan’s defense secretary Caspar Weinberger called MAD a “mutual suicide pact.”

Reagan envisioned a sophisticated anti-ballistic missile system to prevent missile attacks from the Soviet Union by intercepting intercontinental ballistic missiles while they were still high above earth. Ideas for the program went up to and included space and ground-based nuclear X-ray, lasers, particle beams, and electromagnetic rail guns, all under the control of a computer system. Some of the ideas approached science fiction.

The Strategic Defense Initiative (SDI) was ridiculed as “Star Wars” by detractors, but Yuri Andropov, who had succeeded Brezhnev as leader of the USSR in 1982, took the initiative very seriously, calling it a “strike weapon” and a preparation for a U.S. nuclear attack. Moscow’s intense opposition to the Strategic Defense Initiative showed that Soviet scientists regarded SDI not as a pipe dream but a technological feat they could not match. A decade later General Makhmut Gareev, who headed the department of strategic analysis in the Soviet Ministry of Defense, revealed what he had told the Politburo, the ruling body of the Soviet Union, in 1983: “Not only could we not defeat SDI, SDI defeated all our possible countermeasures.”

More than any other strategic action he took, the president’s unwavering commitment to SDI convinced the Kremlin it could not afford a continuing arms race and led Gorbachev to sue for peace, ending the Cold War at the bargaining table and not on the battlefield.