The Allies of World War 2 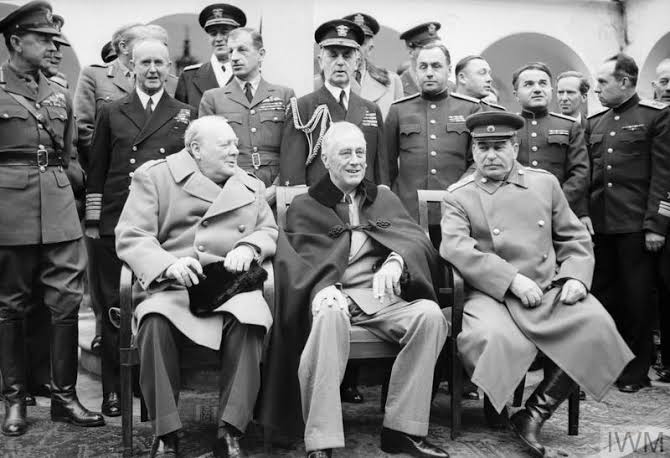 The Allies of World War 2 consisted primarily of Great Britain, the United States, France, and the Soviet Union. World War II was won by the Allies at the enormous cost of fifty million lives and unimaginable destruction. Germany, Italy, and Japan were defeated, to be sure, and their fascistic and militaristic governments overthrown. But when considered in light of the Allies’ original goals, the balance sheet at the end of the war remained ambiguous.

The Allies of World War 2

Poland—which Britain and France had gone to war to save—had been liberated from the Nazi tyranny of Hitler only to be handed over to the Communist tyranny of Stalin. By 1948, Czechoslovakia, whose takeover by Germany had aroused such outrage a decade earlier, was also firmly in the Soviet orbit. A considerable Jewish population was rescued from Nazi concentration camps, to the joy and relief of all civilized people, but the Jews’ terrible fate had largely occurred already by the time the Allied victory against Hitler came.

In Asia, Japan was defeated, but the American government’s hostility toward Japan had originally stemmed from that country’s invasion of China. What, then, was the fate of China? By 1949 it was living under the Communist tyranny of Mao Tse-Tung, perhaps the greatest mass murderer of all time. American interventionists who had sought to oust Japan from China (and who had spurned peaceful means of doing so) now discovered that there was indeed something worse than Japanese control of China.

For nearly half a century following the war, the United States and Britain discovered that the price of siding with Stalin was having to live with the consequences of a hostile (and, by 1949, nuclear-capable) Soviet Union. The Cold War that pitted the United States and the West against the Soviet Union resulted in trillions of dollars in military spending, large and small wars across the globe, the deformation of the Constitution, and the threat of nuclear annihilation.