The B-52 Bomber: The Air Force’s Workhorse

History » Aviation » The B-52 Bomber: The Air Force’s Workhorse 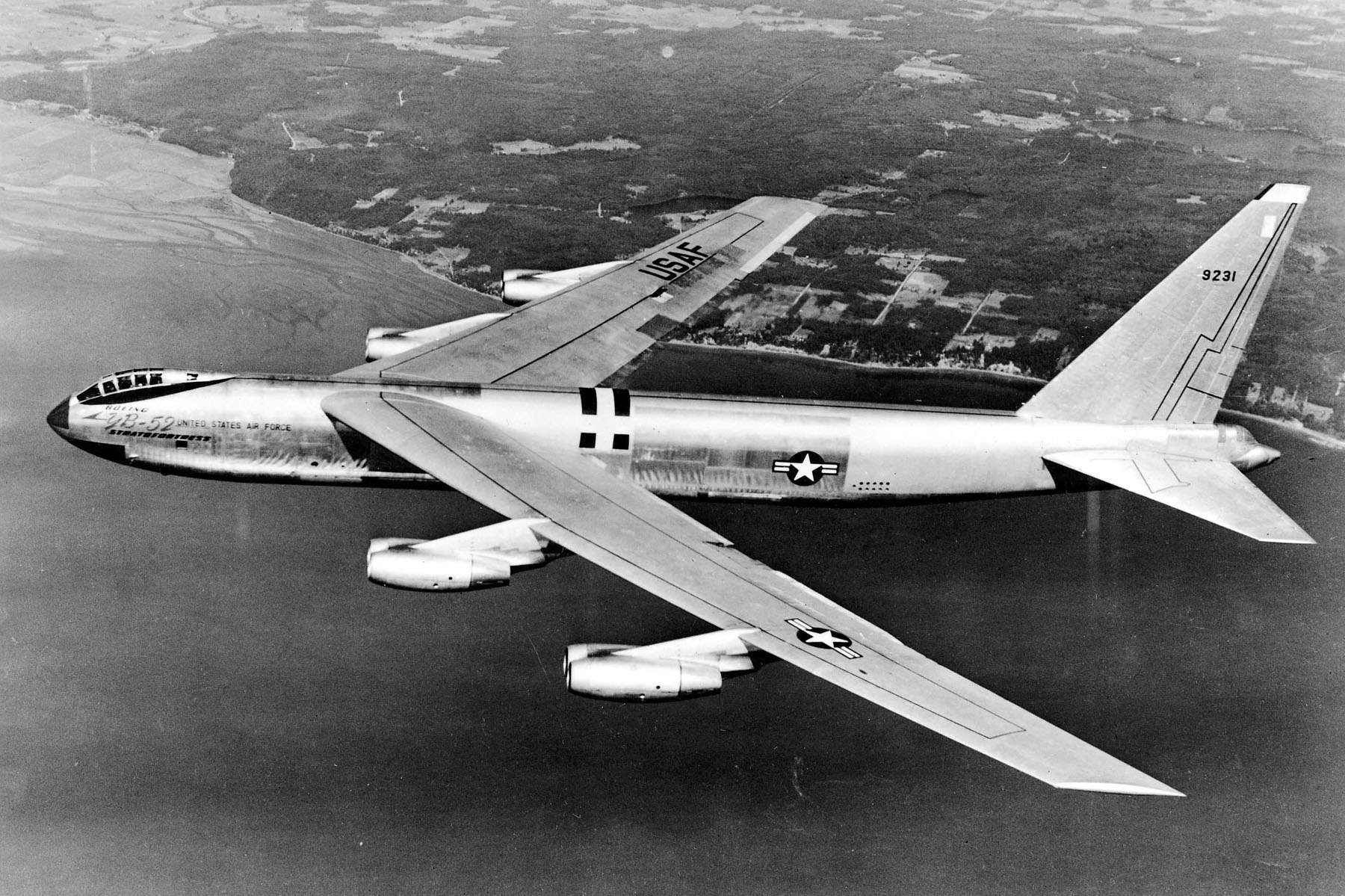 The following article on the B-52 bomber is an excerpt from Warren Kozak’s Curtis LeMay: Strategist and Tactician. It is available for order now from Amazon and Barnes & Noble.

Many of the modern weapons systems built after World War II were built with the hope that they would never be used. From 1941 to 1945, practically every weapon that was authorized by Washington and then built was tested in battle. But during the Cold War, unlike any other time in history, these weapons, especially the nuclear weapons, were built at great expense with the prayer that they would never fly off to battle.

The next plane off the assembly line was a marvel. The B-47, called the Stratojet, was the first all jet-engine bomber. It was much more powerful than its predecessor, and because the nuclear arsenal was now churning out vast numbers of weapons, the Strategic Air Command was finally reaching the potential Air Force General Curtis LeMay had envisioned. The plane did have problems. It was so streamlined it was hard to stop when landing, and if a pilot had to abort a landing and take off again quickly, the engines did not always give him enough power. But the B-47’s greatest feature was that its design led to the next bomber that, like LeMay, would forever be synonymous with SAC: the B-52 bomber.

The designers of the B-52 took the B-47, corrected its problems, enlarged it with thicker wings and eight more powerful jet engines, added much more advanced electronics over the years, and came up with a huge, but remarkably nimble plane with a range of 8,800 miles (although with air refueling, it can stay aloft for days). The B-52 bomber can reach a top speed of 650 miles an hour and can reach altitudes as high as 47,700 feet.

LeMay instituted a policy of keeping B-52s in the air 24 hours a day, 365 days a year that continued from the 1950s through the late 1960s. This way, the fleet would never be caught on the ground. After the late ’60s, nuclear-equipped B-52s were kept fully loaded and ready to fly, with crews on alert and within running range of the plane until the Cold War ended in 1991.

Boeing, which created and built the B-52 bomber, labeled it the Stratofortress in keeping with earlier titles such as the Flying Fortress, but no one else used that name. To its crews and the people in SAC it was the BUFF—the Big Ugly Fat F—-r—or just the 52.

In spite of its size, the huge bomber turned out to be remarkably flexible. Flying at speeds over 400 miles per hour at an altitude of just 500 feet, it could evade radar, fly along the contours of the ground, and deliver its weapons. LeMay successfully pushed for the development of larger tanker planes and greater in-flight refueling capacity that would give his bombers an unprecedented global reach.

Bearing in mind that his headquarters was, itself, vulnerable to a Soviet hit, especially after the development of intercontinental missiles, he had a command center built in a plane that could also refuel in the air and stay aloft in order to direct a nuclear war in case Washington had been knocked out.

THE B-52 BOMBER: THE WORKHORSE OF THE AIR FORCE

The B-52 bomber had its life extended due to its successor planes becoming expensive boondoggles that took years to implement, if they were ever implemented at all.

In the early 1960s, with the U.S.-Soviety arms race heating up, LeMay concentrated on technology. The U.S. Air Force had always had a special knack for looking forward and developing programs years ahead of its potential adversaries. As early as 1963, LeMay was already looking at outer space for a global satellite communications system, a missile defense shield (later known as Star Wars), smart bombs, and pilotless aircraft. Some projects were stopped cold by Defense Secretary Robert McNamara. An atomic airplane that was in the early stage of development came across the Defense Secretary’s desk. When he saw there was little advancement year after year, he killed the program . . . and saved one billion dollars. McNamara also stopped the supersonic B-70 bomber program that was LeMay’s pet project.

LeMay pushed hard for the B-70. He wanted 150 of these planes capable of flying at 80,000 feet in SAC’s fleet as soon as possible. LeMay’s experience was based on the development of the B-17, when a few far thinking men had pushed for the program that eventually helped save the U.S. at the start of World War II. McNamara thought guided missiles were more cost-effective and that the B-52 would suffice. This was the setup for a battle between the two men, which would culminate in a crisis.

McNamara stopped the order for the 150 B-70s, offering just enough funding for North American Aviation to develop two prototypes for testing. Had LeMay’s concept gone through, it would have been a huge program, costing close to $5 billion to initiate and involving not just North American Aviation, but eighteen subcontractors and thousands of jobs across twenty-five states.

The bomber has been operated continuously by the Air Force since the 1950s. It has continued operation due to its superior performance at high subsonic speeds and low operating costs. It can carry 70,000 pounds of weapons. As of 2012, 85 were in active service, with nine in reserve. After receiving upgrades between 2013 and 2015, it is expected to serve into the 2040s.

This article on the B-52 bomber is from the book Curtis LeMay: Strategist and Tactician © 2014 by Warren Kozak. Please use this data for any reference citations. To order this book, please visit its online sales page at Amazon and Barnes & Noble.