The Battle of Atlanta 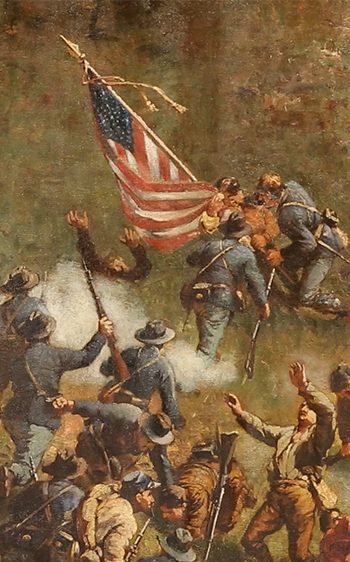 In the fall of 1864, the Union Army now had full momentum against the Confederacy, pushing deeper into the South than ever before. General Sherman overwhelmed forces led by John Bell Hood. With the fall of Atlanta, Lincoln nearly assured his re-election in 1864.

The Battle for Atlanta