The Battle of Jutland

History » World War One » The Battle of Jutland 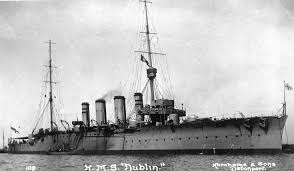 Although overlooked today, the war at sea was a crucial part of World War I overall. The German use of the Unrestricted Submarine Warfare (in which non-military ships could be blown up by submarines without the latter surfacing, making it impossible for innocent men, women, and children to abandon ship) against commerce not only threatened the Allied war effort, but also drew the United States into the conflict. In addition, the British economic blockade of Germany afforded by the Royal Navy’s command of the sea inflicted great damage on the war effort of Germany. Finally, the naval war held great ramifications for the future since many practices employed in the First World War were those pursued in the Second World War.