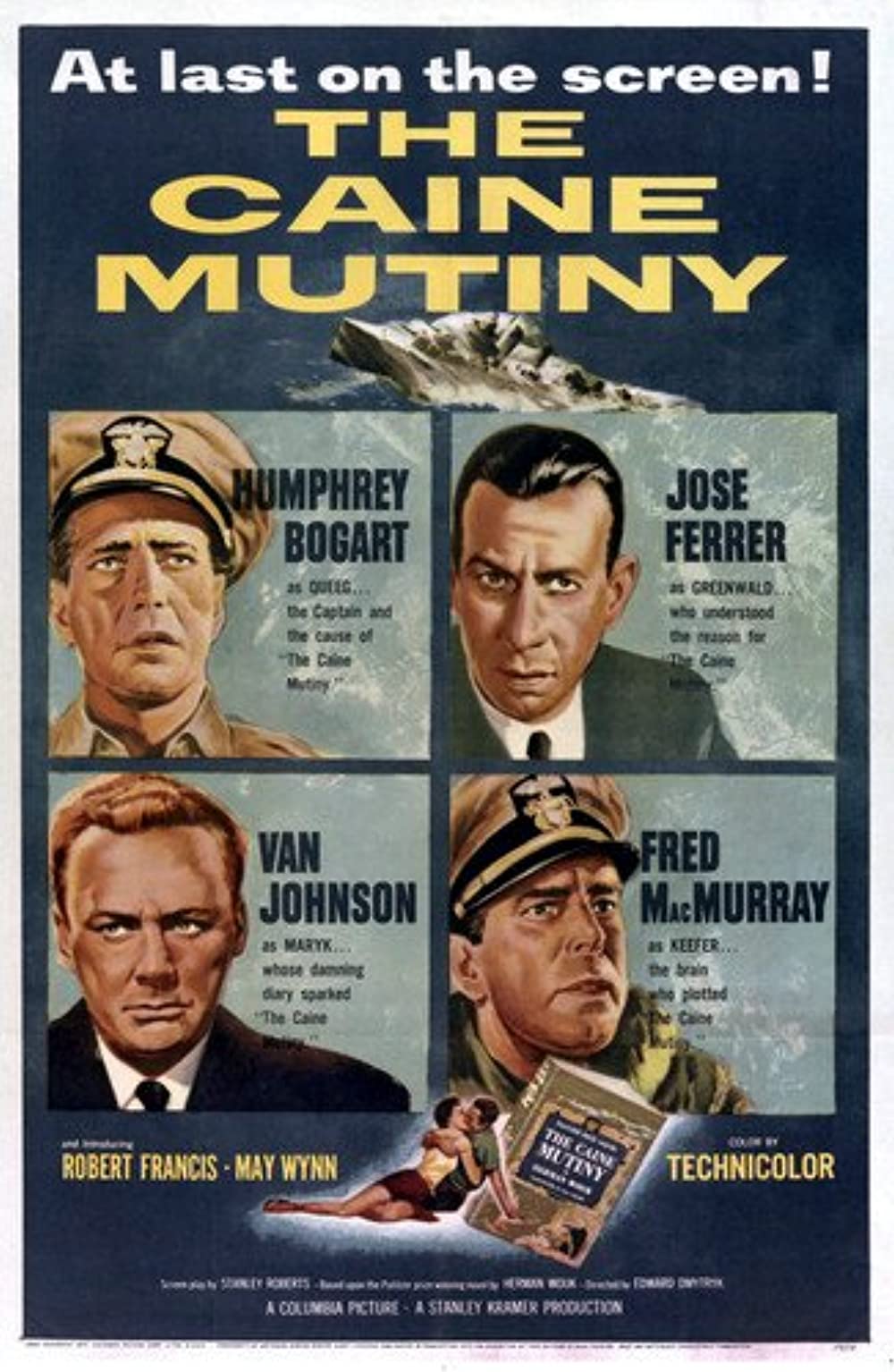 Typhoons and other storms were a real danger for naval vessels during the Pacific War, and many ships were lost to them. The Caine Mutiny, based on the novel of the same name by Herman Wouk, tells the story of a tyrannical destroyer captain whose decision to sail right through a typhoon motivates his executive officer to relieve him of command, leading to a court martial. In this episode, James and Sean discuss this exciting film which is part war story and part courtroom drama.