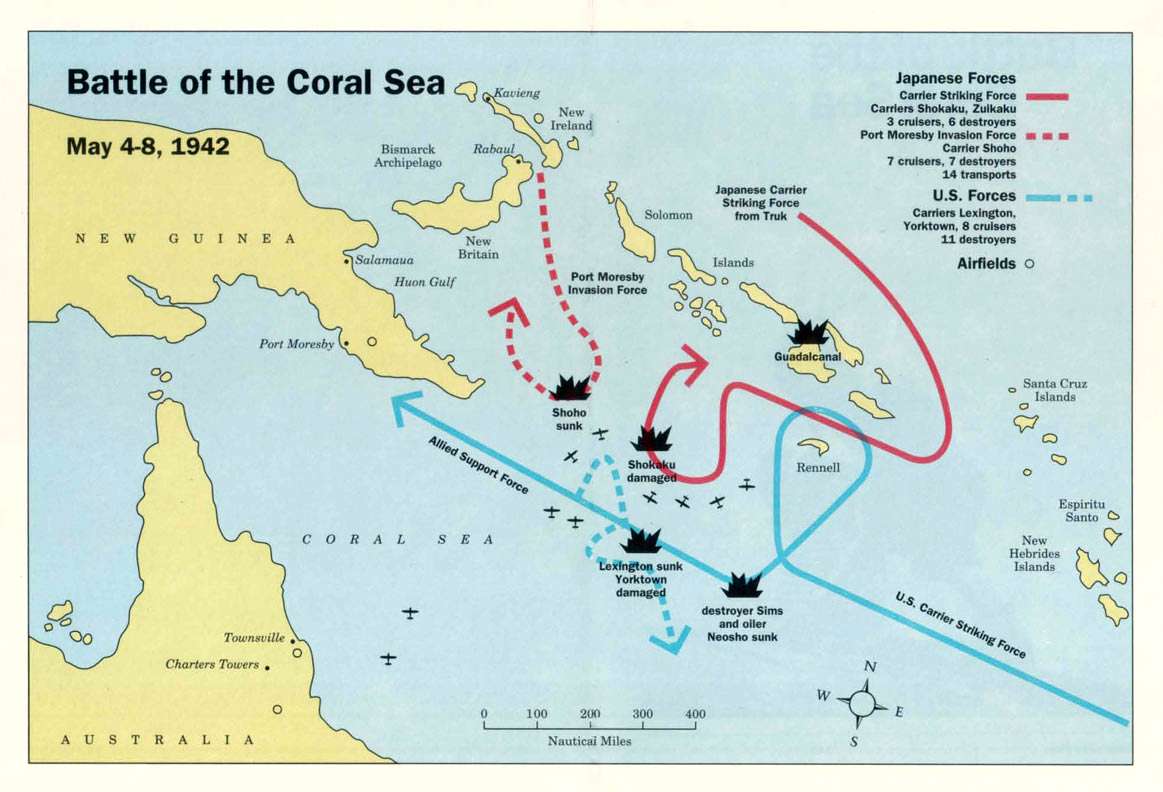 Following up on their stunning military successes of late 1941 and early 1942, Japan’s leaders decided to capture the key Allied port of Port Moresby on the southern coast of New Guinea.  They also hoped to cut off the critical American supply line from Hawaii to Australia.  Unbeknownst to the Japanese, however, American codebreakers had broken enough of the Japanese naval code to realize the Imperial Navy’s plans.  As a result, when the Japanese fleet arrived at the Coral Sea, an American squadron was there to meet them.  Listen as James and Scott discuss the key battle that resulted: The Battle of the Coral Sea.