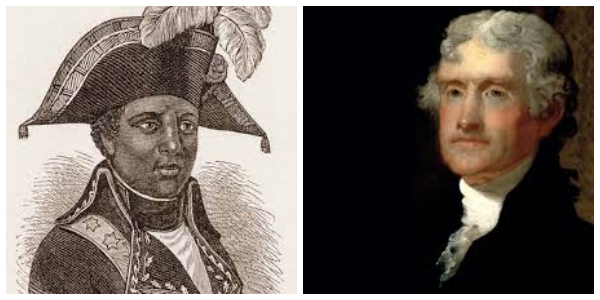 The Haitian Revolution could well be the event to which the American Revolution and its success owe a great deal of its existence.

Though incredibly significant to the final form that America took, both geographically and politically, it is an event that seems to be rather understudied in American education.

The Haitian revolution has been described, without exaggeration, as the largest and most successful slave rebellion in the Western Hemisphere. Slaves initiated the rebellion in 1791 and by 1803 they had succeeded in ending not just slavery but French control over the colony.

In the years leading up to what would become the French revolution, Haiti was known to French colonialists as “Saint Domingue”. Saint Domingue served as what investors would call a “cash cow” because the colony, thanks to its sugar plantations, was the most profitable in the French empire.

Not uncommon to the times, there was what could be thought of as a class system, comprised of whites and non-whites, slaves and landowners. The white farmer enjoyed the peak of this mountain of caste.

Haunting the very bottom of this totem pole were the black slaves, who had an exceedingly high mortality rate. Since the death rates were higher than the birth rates, there was a proverbial revolving door of new slaves being imported. For one point of contact, from 1676-1800, roughly 773,000 enslaved people were shipped to the colony.

While slave revolts were, by no means, uncommon to the colony, it was, ironically enough, the influence of the French that transformed the Haitian revolts into a revolution.

Coinciding with the 1789 issuance of the French-penned Declaration of the Rights Of Man, the free black landowner class, which floated somewhere in the middle of the Haitian cast system, decided to live and fight for these rights. Chief among these were “Men are born and remain free and equal in rights. Social distinctions may be founded only upon the general good“, and thus the groundwork of the Haitian revolution was built.

Indeed, it was in late 1791 that the slave revolt showed itself in massive, unforgiving, and unyielding form. So much so that in early 1793, full rights, along with French citizenship was granted to black and mixed-race Haitian inhabitants by the French assembly. Those white planters at the top of the caste system, objected to this, leading to even more violence and bloodshed. In response to this sanguinary conflict, military forces (along with a freshly minted governor) were sent to Haiti to enact the measures granted by the Declaration of the Rights Of Man.

So it was in 1793 that Great Britain and Spain knocked on the door of the conflict. The British fought at the side of the white planter class and sought to restore order to the now chaotic and unprofitable colony. Meanwhile, the Spanish had control of Hispanola, which was on the other side of the island, and rather favored colonial disruption of the French.

It is here that the salient and noteworthy figure of Toussaint Louverture emerges.

General Louverture may well be the most influential figure of the Haitian Revolution.

The Spanish provided Louverture and his forces with food and supplies as well as auxiliary military support.

A turning point occurred in 1794 when the French issued a formal decree granting the freedom of all slaves. As a result, Louverture attaches his fealty to the French and wages war against the Spanish. Louverture finds something like a Spanish counterpart in Andre Rigaud, who leads free black and mixed-race forces to take up arms against the British in the south.

It was this triune attack on the British that led to the British retreat after a heavy loss, which included the deaths of three of every five men that are sent to Haiti. In 1795, there was a peace treaty that was signed with France which caused the cessation of efforts by Spain and props Loverture as the leader of the colony.

In 1799, internal schism erupts between Loverture in the north and Rigaud in the south, known historically to us as the War of Knives.

When the smoke cleared and the dust settled and the lives of over 10,000 people had been given, Touissant would emerge victoriously and thus claim rule over all of St. Domingue.

1801 would prove to be a watershed moment in terms of the revolution following Toussant’s successful invasion and capture of the eastern part of Hispaniola, Santo Domingo. Following the abolition of slavery there and now exerting complete control of the entire island, Louverture issued out a constitution that claimed for Haiti, complete independence and autonomy from France.

From 1802 to 1803, Emperor Napoleon sent an envoy to Haiti in the form of his brother-in-law, Charles Leclerc, to engage Louverture in battle. After some very heavy losses on both sides, which saw two of Lovertures high command defect to the French, Louverture agrees to a truce but is double-crossed and imprisoned by the French. He eventually dies in a French prison.

Once it is known that the French intend to reimplement slavery within the territory, the rebellion against slavery takes on a second life, this time with General Jean-Jacques Dessalines (one of those two Haitian high commands that joined the French) now re-defecting back to the rebellious Haitian side to once again take up arms against the French.

Along with the Haitian onslaught, the French army was also plagued by yellow fever, which amount its body cunt would include Leclerc.

1803 saw an incredibly serendipitous and important moment for the new country of the United States, as Napoleon would siphon troops from the French territory of Louisiana and send them to Saint Domingue. With French defeat more or less inevitable and deftly staring Napoleon in the eyes from the horizon, Napoleon decided to sell the Louisiana territory for an unprecedented price to the United States. At approximately 4 cents an acre, the United State doubled its size in one day in what has become known infamously as the Louisiana Purchase.

After a final defeat in November 1803, Dessalines declares independence in January 1804 and the colony is renamed Haiti.

The United State’s empathy and support to and of Haiti could best be described as “mixed”.

As chronicled by historyincharts.com, it was a revolution that spanned three different presidencies.

The Adams presidency (1797-1801) reversed this policy and provided support to Louverture. Adams was a noted abolitionist in his own right and also had a commercial interest in maintaining strong trade relations with Saint Domingue, he was, however, that the new country could turn to government-sanctioned piracy like the Barbary states.

The Democratic-Republican Jefferson presidency (1801-1809) once again reversed course, though it mainly stayed somewhat neutral and tried to isolate the new country.

Jefferson faced a dilemma. He was an avid supporter of the French Revolution’s ideals, though he was a slaveholder himself. He was also enormously popular among southern slaveholders who greatly feared a future spread of slave revolts to America.

Jefferson’s solution to this was to isolate the new republic and not acknowledge its independence. Other countries followed suit. This isolated Haiti economically and politically to show how a black-led republic could not succeed.

Even though Jefferson would never acknowledge it, he would still nonetheless ow a great deal to the Haitian and their revolution as if the revolution hadn’t happened and hadn’t taken the form that it did and wasn’t so successful in driving the French out of the area, the Louisiana purchase never would have happened and thus the United States would not have been doubled in size and would not have been established as a giant power in the world so quickly.