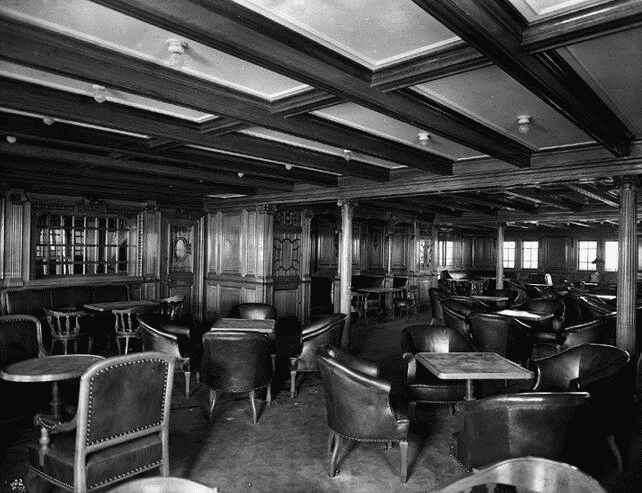 For more information on the Titanic second class passengers and other info about the 20th century maritime history of the North Atlantic, see The Hunt for Hitler’s Warship © 2015 by Patrick Bishop. It is available now from Amazon or Barnes & Noble.

The Titanic second class passengers enjoyed a level of luxury that rivaled that of first class on other liners. Titanic was also the first ship to have an electric elevator for second-class passengers.

A second-class ticket cost about £13

The following passengers are the most well known second-class travelers.

Lawrence Beesley was a public school teacher traveling to America for a holiday. He survived the disaster in lifeboat 17 and was one of the first people to publish an account of the sinking and rescue.

Seven year old Eva Hart was travelling to America with her parents. Eva’s mother had a premonition and refused to sleep at night during the voyage. Eva and her mother were saved in lifeboat 14. Eva never saw her father again.

These two men were Roman Catholic priests who conducted services for second class passengers. After the sinking they both helped other passengers to safety, heard confessions and prayed. Both died in the tragedy.

For more information on the Titanic second class passengers and other bits of info on 20th century maritime history of the North Atlantic, see The Hunt for Hitler’s Warship © 2015 by Patrick Bishop. To order this book, please visit its online sales page at Amazon or Barnes & Noble.