The Tudors – Elizabeth – Portrait of a Queen 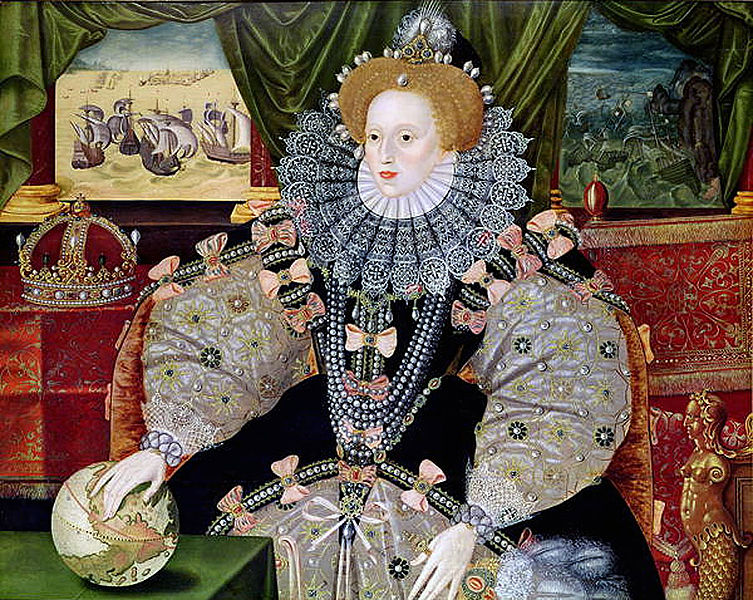 Elizabeth I came to the throne in 1558 after the death of her sister, Mary. She needed to win the support of her people, both Catholics and Protestants, and those who believed that a woman could not rule a country by herself. One of the best ways for a monarch to win support was by making a tour of the country and showing themselves to the people. However, Elizabeth had many Catholic enemies and it was not safe for her to travel around the country. She chose, instead, to use portraits to show herself to her people. It was, therefore, essential that the portraits showed an image of Elizabeth that would impress her subjects.

This was not an image that Elizabeth wanted portrayed to her subjects. At intervals throughout her reign the government issued portraits of Elizabeth that were to be copied and distributed throughout the land. No other portraits of the Queen were allowed.

From the time of her accession, Elizabeth was pursued by a variety of suitors, eager to marry the most eligible woman in the world. However, Elizabeth never married. One theory is that she never married because the way that her father had treated his wives had put her off marriage, another is that she was abused by Thomas Seymour while under the care of Katherine Parr, a third theory suggests that she was so in love with Robert Dudley that she could not bring herself to marry another man. When Elizabeth became Queen, Robert Dudley was already married. Some years later his wife died in mysterious circumstances. Elizabeth could not marry him because of the scandal it would cause both at home and abroad.