The Tudors – The Reformation 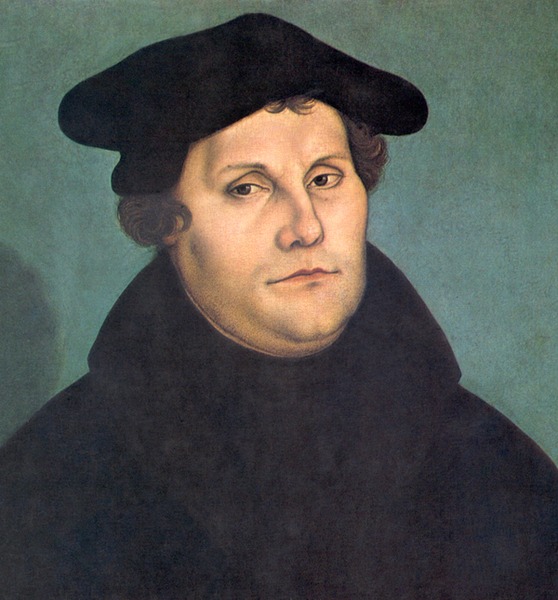 The Reformation began when a German named Martin Luther criticised the power and practices of the Catholic Church. In 1517 he listed 95 grievances against the Catholic Church and nailed them to the door of the church in Wittenburg. The Pope was very cross and excommunicated him. However, many people agreed with his criticisms and joined his protest against the Catholic Church. They became known as Protestants. The Protestant movement spread from Germany to Scandinavia and Scotland. The Reformation in England began in 1527, but was not simply a matter of religion…

Some of Martin Luther’s beliefs about the Catholic Church:

That people could not ‘buy off’ their sins by paying money to the Church, only god could pardon sins, not the Church.

That people were naturally sinful and that they should seek salvation by believing in God, making pilgrimages to Holy places and by doing good works.

That priests should be subject to the law of the land in the same way as ordinary men and women.

That priests were not divine beings.

That the Church should not display rich images of Saints and crucifixes and that priests should not wear elaborate clothing.

That priests did not have the power to turn the bread and wine into the body and blood of Christ during Communion.

The Reformation in England

In 1527 Henry VIII wrote a book entitled Fidei Defensor. The book criticised Martin Luther and confirmed the status of the Pope. However, just six years later in 1533, Henry had passed legislation that removed the Pope’s influence in England and had made himself the Head of the Church of England.

In 1527 Henry VIII began to have doubts about the validity of his marriage to Catherine of Aragon. In the 18 years that they had been married she had given birth to six children but only one had survived, a girl, Mary. Henry believed that his lack of male heir to the throne was God’s way of punishing him for having married his brother’s wife. Henry had found a passage in the Bible that supported his belief. By this time Henry had also become infatuated with Anne Boleyn. He asked Catherine to grant him a divorce but she refused. According to the law in England only the Pope could grant a King a divorce and as the Pope got on very well with Catherine’s nephew, Charles V of Spain, he delayed making a decision. After five years of waiting Henry began to take matters into his own hands:

All Bishops were forced to sign a document stating that they would make no new laws without the consent of the King, that all existing laws would be reviewed by the King’s commissioners and that Church officials would not meet without the approval of the King.

An Act was passed that stopped the English Church from sending money to Rome.

Thomas Cranmer, who believed that the King should be head of the Church, was appointed as Archbishop of Canterbury – the highest and most influential church position in England.

Anne Boleyn became pregnant. Henry secretly married her. He declared his marriage to Catherine to have been invalid.

The Act in Restraint of Appeals was passed. This act made it illegal for any foreigner to interfere in English law or to have more authority in England than the King.

An Act was passed that transferred all church monies that would be normally sent to Rome to the King. It also declared Henry to be the only Supreme Head on Earth of the Church of England.

The Act of Succession was passed. It removed Mary from the line of succession and granted succession to the children of his relationship with Anne Boleyn. The Act also contained a clause that would allow Henry to force everyone in the land to swear an oath recognising the terms of the Act. Anyone refusing to take the oath would be guilty of treason. Both John Fisher and Thomas More refused to swear the oath and both men were executed.

The Act of Supremacy was passed. This Act declared England as a sovereign state with the King as Head of both the country and the Church. It gave Henry the power to reform the church as he saw fit and also to appoint churchmen of his own choosing.

The Treasons Act was passed. This Act made it a treasonable offence to deny any of the King’s titles. It stated that malicious wish, will or desire to deprive the King or Queen of title or name of their royal estates was to be deemed treason.

The Act against the Pope’s Authority. This Act removed the last traces of Papal power in England, including the Pope’s right to decide disputed points of Scripture. the passing of this Act, together with the Act in Restraint of Appeals (1533) and the Act of Supremacy (1534) made it unacceptable for monastic communities, who owed allegiance to parent institutions outside England, to remain.

Closure of the monasteries. All monasteries in England were closed. Their gold and riches were claimed by the King.

After the Reformation Holy Communion replaced the Catholic Mass

After the Reformation, elaborate crosses and crucifixes were forbidden.