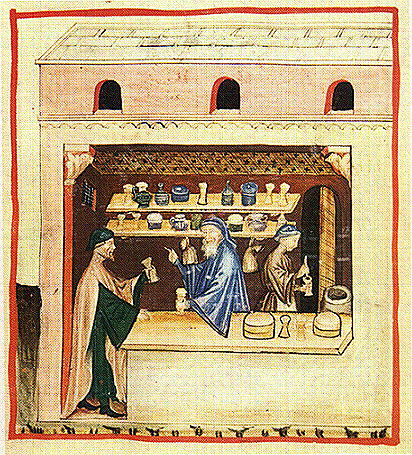 From the 1st century A.D. to the late 19th century, one medical compound reigned supreme over all other remedies: theriac. First concocted by a Greek king worried about poisons, theriac went from being a general antidote to snake bites to an all around panacea, used to treat everything from asthma to warts, including the Black Plague. Famous doctors throughout this long history experimented with the drug and tinkered with the recipe. Nero’s physician Andromachus “improved” the recipe for theriac by adding roasted viper’s flesh (as the prime antidote to snakebite) and increasing the amount of opium. The famous 2nd century Roman doctor Galen said theriac could calm the sea, and wrote a book about the compound, De antidotis.

Theriac became the state medicine of the Republic of Venice in the 12th century, and was exported from there carrying the republic’s seal. Theriac was so important that it was compounded by officially-appointed physicians and apothecaries in public ceremonies, taking 40 days to make and 12 years to age. Recipes for theriac traveled the world via the Silk Road, from Venice to India and even China. While recipes for theriac varied over time, its core ingredients of viper flesh, opium and spices remained in all. Not until the 19th century did theriac’s reputation begin to wane, and even then it took decades to gradually fade from the pharmacies.

Theriac’s history is nothing short of astounding: How did this one compound gain its reputation as a cure-all? How could the popularity of one drug remain steady for nearly 2,000 years? What in the world was this miraculous medicine? 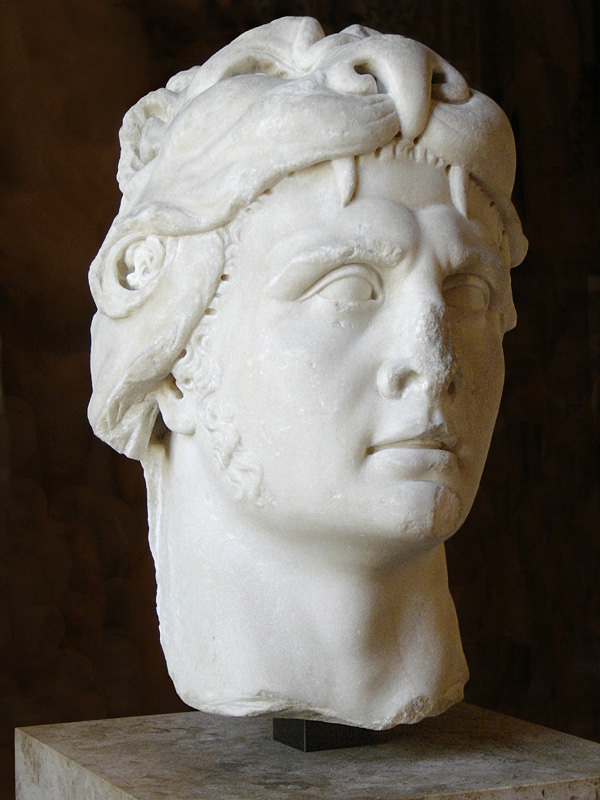 Theriac began as mithridatium, a compound created by King Mithridates, who experimented with toxic poisons and snake venoms. By testing possible antidotes on himself and on captured prisoners, he found which ones worked. He then mixed all the successful antidotes into one compound: mithridatium, which contained over 40 ingredients including opium, ginger, saffron, myrrh, castor and cinnamon.

The Spread of Theriac

In Rome, Galen renamed the compound theriac, meaning wild or savage, and regularly gave it to his chief patient, Emperor Marcus Aurelius. From there, the recipe for theriac spread via scholar’s writings, doctor’s notes and Western travelers and merchants to Muslim lands. It reached China in the 7th century. The Romans took it with them on their conquests, and a recipe for theriac appears in a 10th century Saxon book of leechcraft.

Recipes for theriac varied; one could call for over 100 ingredients, another merely 64 or 50. Theriac’s components ranged from the common and familiar such as carrot and lavender while others were extremely costly, imported spices such as gum Arabic, nutmeg and exotic tree resins. The miraculous remedy contained the world: roots, stems, barks, leaves, flowers, fruits, seeds, gums, resins, animal parts and mineral substances. It was the interactions among these ingredients that created theriac’s therapeutic powers; the combination of the substance’s actions was not merely accumulative, but each increased the power and reach of the others. At least, such was the opinion of many medieval doctors and scholars.

Theriac was created primarily as an antidote to snakebite, although it quickly became known as an antidote to any toxin, venom or poison. Over time, theriac was prescribed for almost any ailment, from the common cold to complex diseases. Some of theriac’s ingredients had known medical effects: opium as a painkiller, or the mild sedative effect of valerian and lavender or the antimicrobial effects of many of the spices. Of course, there’s the placebo effect—it worked because people believed it worked. What with the great public ceremonies surrounding the making of theriac, the official stamps of approval, the expense and rarity of the drug, all of these would combine to create the magic of a cure-all panacea.

Theriac, then, became the world’s all-time wonder drug for over a thousand years. What’s strange is that most people these days have never heard of it. Theriac fell out of favor due to scientific questioning about its efficacy in the late 19th century. By the early 1900s, pharmacists were removing it from their shelves. Theriac today, with the opium removed, is listed as one ingredient of Swedish Bitters—itself an herbal tonic with reputed panacea powers. 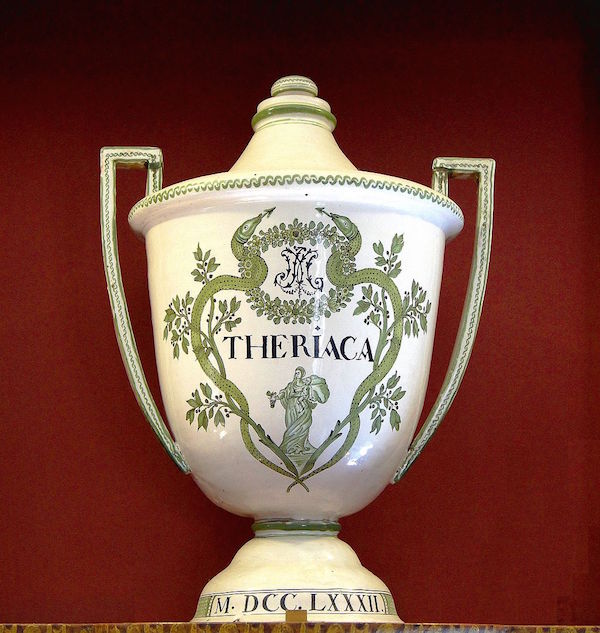