History » Key Battles of American History Episodes » They Were Expendable 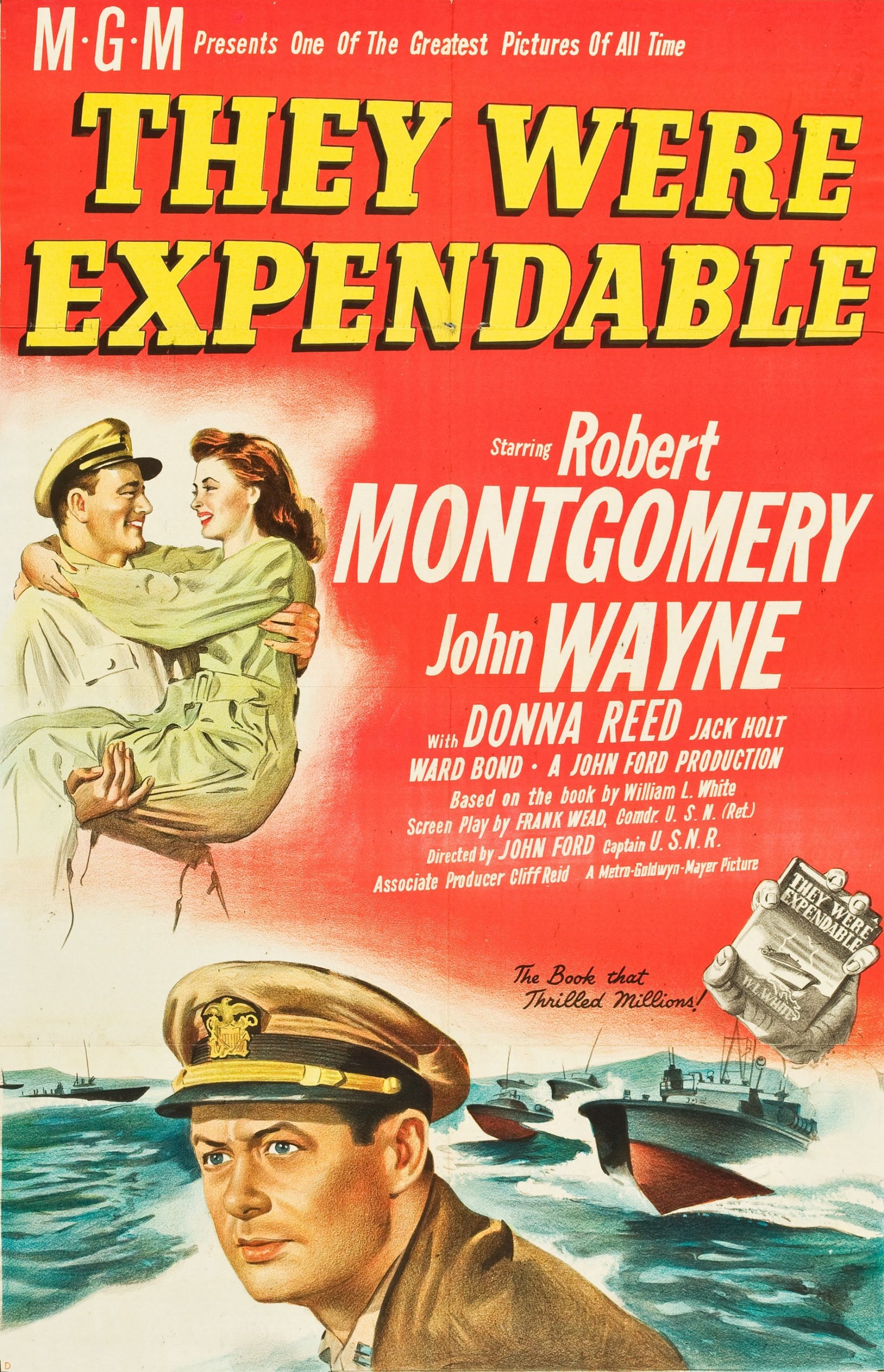 Patrol Torpedo (PT) Boats, while not as famous as battleships, aircraft carriers, destroyers, and other large ships, nevertheless played a crucial role in the Pacific War. In 1942, author W. L. White wrote They Were Expendable, a book that tells the story of the work of PT boats in the American defense of the Philippines in 1941 and 1942. Three years later, MGM released the movie version directed by the legendary director John Ford. In this episode, James and Sean discuss this classic John Wayne film.