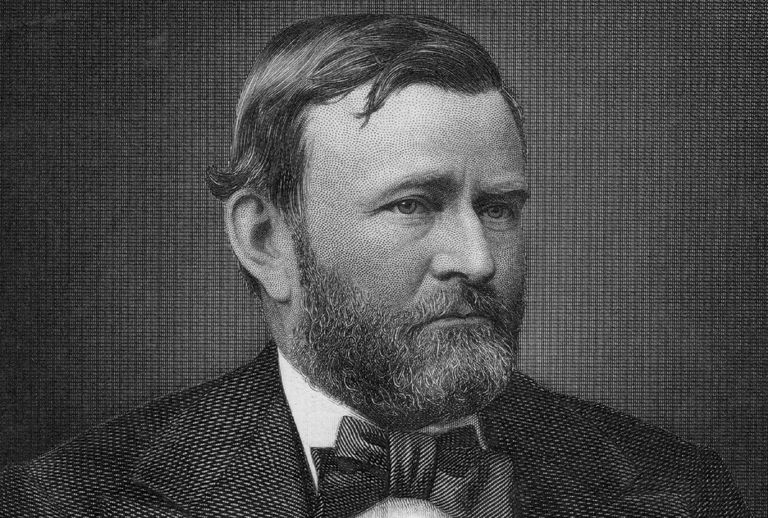 Ulysses S Grant’s accomplishments during the American Civil War are numerous but they come down to the tactical ability to understand what needed to be done to achieve victory along with the will to execute it.

Labeled a butcher by many historians, Grant has not received due credit for his successes. He accepted the surrender of three entire Confederate armies—at Fort Donelson in 1862, Vicksburg in 1863, and Appomattox Court House in 1865. No other general on either side accepted the surrender of even one army until Sherman, with Grant’s blessing, accepted the capitulation of the remnants of the Confederate Army of Tennessee in North Carolina in late April 1865.

Overlooked by many are Grant’s numerous successes in the West (Kentucky, Tennessee, and Mississippi) in 1862 and 1863. Acting on his own, he bloodlessly occupied Paducah and Smithfield, Kentucky, critical river junctures on Ohio, as soon as Confederate Lieutenant General Leonidas Polk invaded neutral Kentucky in September 1861. Grant then moved on to quickly capture Forts Henry and Donelson and gain control of the Tennessee and Cumberland Rivers, putting a dagger in the left flank of the Confederacy. The capture of Forts Henry and Donelson, the Union’s first major victory of the war, was accomplished with fewer than three thousand casualties (versus sixteen thousand for the rebels) and made Grant a national hero for the first time. Shortly thereafter, Grant recovered from a surprise Confederate attack at Shiloh, Tennessee (for which he was inexcusably unprepared), saved his army in a vicious two-day battle and won a major strategic victory. His thirteen thousand casualties there (compared with the enemy’s almost eleven thousand)—incurred, curiously enough, in a defensive battle—were his highest in any battle or campaign outside the East.

The next year, again without approval from above, Grant moved his army along the west bank of the Mississippi River to get below Vicksburg, where he completed a well-planned amphibious crossing of the Mississippi and took a daring gamble to feed his army off the countryside. He won a series of five battles in eighteen days against superior Confederate forces and accepted the surrender of Vicksburg and a nearly thirty-thousand-man army on July 4, 1863. This brilliant campaign split the Confederacy, opening the Mississippi to Union commerce and military movements and impeding the flow of supplies and foodstuffs from and through Mexico and the Trans-Mississippi to Confederate armies east of that river. Again, Grant was a national hero. He accomplished all of this with only about nine thousand casualties while inflicting about forty-one thousand on the enemy. My detailed discussion of that important campaign below offers a fuller demonstration of Grant’s talents.

In the fall of 1863, when the Union Army of the Cumberland was trapped in Chattanooga, Tennessee, after the Battle of Chickamauga, Grant was called to the rescue. While Lee vetoed possible rebel reinforcements from Virginia, Grant established a “cracker” (supply) line within five days of his arrival, organized reinforcements, captured Lookout Mountain, carried Missionary Ridge, and broke out of Chattanooga within a month. He sent Braxton Bragg’s Army of Tennessee scurrying back to Georgia at a cost of almost six thousand Union casualties—to the rebels’ almost seven thousand. For a third time (after Fort Henry-Fort Donelson and Vicksburg), Grant was a national hero. Although compelled to attack a fortified enemy holding the high ground, he had achieved another major offensive victory with a minimum of casualties. His November 1863 victory at Chattanooga set the stage for Sherman’s 1864 campaign toward Atlanta.

Keegan faults Grant with unceasing aggression in the West for which his soldiers paid the price, but Grant actually won the Western (Mississippi Valley) and Middle theaters with a modicum of casualties. As the Grant casualty chart in Chapter 5 shows, his armies suffered thirty-seven thousand casualties (the largest number while on the defensive at Shiloh) and inflicted eighty-four thousand casualties on the enemy.

Having ended Confederate control in the Mississippi Valley and eastern Tennessee and having won Lincoln’s confidence in his willingness to fight and ability to win, Grant was summoned to the East in early 1864 to close out the war. There the Army of the Potomac had squandered opportunities to pursue the Army of Northern Virginia after the Battles of Antietam (1862) and Gettysburg (1863), and it had recoiled after the first major battle of each offensive campaign against Lee (Seven Days’, Fredericksburg, and Chancellorsville). That army had demonstrated, in the words of Gordon Rhea and others, that “superior numbers and equipment alone did not win the war. Success was contingent upon the outcome of battles and campaigns, and the Army of the Potomac only became successful when it found someone who could use its resources to the utmost.” Grant was that someone. The failure of his predecessors, with the same superior resources, to win in the East demonstrates that superior resources alone were not sufficient for victory.

Grant’s spectacular run of victories in the West gave Lincoln confidence that he would produce war-ending victories in the East by fully exploiting all available resources. Divided sympathies in the North, especially after the Emancipation Proclamation, made swift victory imperative, writes the military historian Russell K. Weigley, and the imminence of the presidential election of November 1864 added to the urgency. Grant was under pressure to produce early, positive results.

He organized a coordinated national strategy, kept the pressure on the Confederates on all fronts, and drove Lee’s army back to Richmond in a bloody campaign through the Wilderness, Spotsylvania Court House, the North Anna River, Cold Harbor, and Petersburg. At the beginning of the campaign to destroy Lee’s army, Grant succinctly instructed

Meade, “Lee’s army will be your objective point. Wherever Lee goes there you will go also.”

[I]t was a very good thing for the country that Grant came east. Had Meade exercised unfettered command over the Army of the Potomac, I doubt that he would have passed beyond the Wilderness. Lee would likely have stymied or even defeated the Potomac army, and Lincoln would have faced a severe political crisis. It took someone like Grant to force the Army of the Potomac out of its defensive mode, and aggressively focus it on the task of destroying Lee’s army.

Grant’s armies incurred the bulk of their casualties in 1864. His decisive Overland Campaign against Lee’s army that year reflected his philosophy that “[t]he art of war is simple enough. Find out where your enemy is. Get at him as soon as you can. Strike him as hard as you can and as often as you can, and keep moving on.” The Overland Campaign was part of Grant’s national effort to take advantage of Union strength and ensure the reelection of Lincoln. It resulted, however, in Grant’s being accused of “butchery.”

Although Meade’s Army of the Potomac, under the personal direction of Grant, did suffer high casualties (41 percent) during its drive to the James River, it imposed even higher casualties on Lee’s army (46 percent). In addition, that Federal army compelled Lee to retreat to a nearly besieged position at Richmond and Petersburg, a retreat that Lee had previously warned would be the death-knell of his own army. Rhea concludes, “A review of Grant’s Overland Campaign reveals not the butcher of lore, but a thoughtful warrior every bit as talented as his Confederate opponent.” As he advanced on Lee’s army and Richmond, Grant was overseeing and facilitating a coordinated attack against Confederate forces all over the nation, particularly Sherman’s campaign from the Tennessee border to Atlanta.

Ever the national general, Grant expressed his concerns in mid-1864 that Lee might send reinforcements to oppose Sherman as he maneuvered toward Atlanta, but as Grant hoped, Lee made no effort to send reinforcements to Georgia. Sherman’s capture of Atlanta virtually ensured the reelection of Lincoln, and Sherman ultimately broke loose on a barely contested sweep through Georgia and the Carolinas that doomed the Confederacy. Grant’s nationwide coordinated offensive of 1864–65 against the rebel armies not only won the war but demonstrated that he was a national general with a broad vision. Lee, by contrast, was shown to be one-theater general suffering from Virginia myopia.

By the end of 1864, Grant’s multi-front national campaign had succeeded in capturing Atlanta, Savannah, Mobile, and the Shenandoah Valley; reelecting Lincoln; virtually destroying the Army of Tennessee at Franklin and Nashville, and laying the groundwork for the final defeat of Lee and the Confederacy. Congress recognized Grant’s achievements on December 17 by passing a joint resolution thanking him, his officers, and his soldiers and authorizing a gold medal to be struck and presented to him.

The following spring, Grant’s troops cut off the last open railroad into Petersburg, broke through Lee’s lines, outraced what was left of the fleeing Army of Northern Virginia, and compelled its surrender at Appomattox Court House on April 9, 1865. Executing Lincoln’s conciliatory policies toward the South, Grant was gracious in his acceptance of Lee’s surrender and extended generous terms to Lee’s officers and soldiers.

Grant’s victories at Vicksburg and Chattanooga, his aggressive Overland Campaign, and the companion Georgia and Carolina campaigns of Sherman that Grant oversaw all contributed, in the words of the authors of Why the South Lost the Civil War, to the “rapid diminution and ultimate death of [Confederate] morale, the will to win, during the last year or two of the war”—and ultimately to Confederate defeat.

Unlike most Union generals, who were reluctant to take advantage of the North’s numerical superiority and unwilling to persistently invade the Confederacy, Grant knew what had to be done and did it. He advanced aggressively and creatively, and he attacked with vigor. But he usually avoided suicidal frontal attacks. He “made his best preparations and then went in without reserve or hesitation and with a simple faith in success.” In light of the large number of battles fought by his armies, the total of ninety-four thousand dead and wounded suffered by his commands was surprisingly small—especially when considered in light of the 121,000 dead and wounded among soldiers under the command of Robert E. Lee, who engaged in a similar number of battles and was not obliged to take the offensive. Rhea protests that Grant “has been painted into a corner of being a butcher, when in fact he was extremely thoughtful, very innovative and every bit the match of Lee.”

Just as Lee’s disastrous Gettysburg campaign was the epitome of his unsuccessful Civil War generalship, Grant’s brilliant Vicksburg campaign highlighted many of the traits that made him so successful throughout the war.