#30: Understanding Putin Through the History of Russian Invasions — Mark Schauss from the Russian Rulers in History Podcast

History » Podcast Episodes » #30: Understanding Putin Through the History of Russian Invasions — Mark Schauss from the Russian Rulers in History Podcast 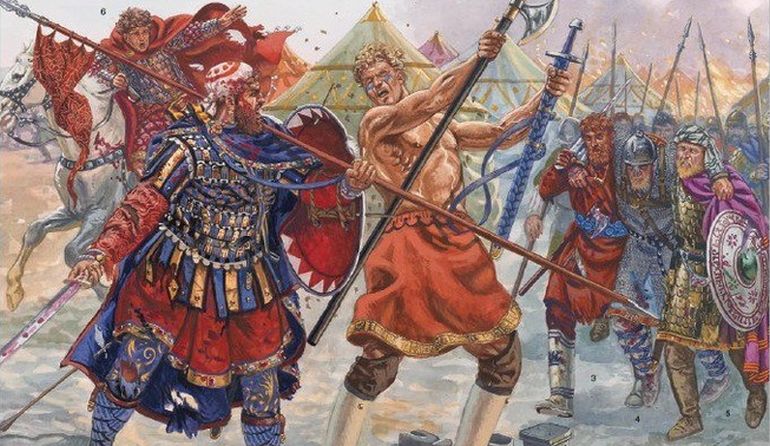 Thankfully we have a guest who can guide us through our figurative Siberia. He is Mark Schauss, host of the Russian Rulers in History Podcast. Mark has spent over 200 episodes looking at all rulers in Russia’s history, from Rurik the Varangian Chieftan who founded Kievan Rus in the 800s to Vladimir Putin.

Mark thinks that the dozens of invasions of Russian — the Viking raids of Kiev, the Mongol Raids in the 1200s, the Ottoman invasions of the 1500-1700s, the Napoleonic Invasion of the early 1800s, and Nazi Germany’s invasion of 1941 — created the Russian psyche of today. That is why Russia invading its neighbors might seem aggressive to other nations but perfectly natural to a nation that spent much of its existence under threat of being swallowed up.

But Mark notes that the constant flow of people in and out of Russia had good consequences as well. Catherine the Great, fearful of smallpox killing her population in the 1700s, had them inoculated on a massive scale. News of the program’s success spread around the world, even reaching George Washington and prompting him to inoculate American soldiers in a similar way.

Mark’s podcast has been downloaded more than 2 million times. He is also an internationally known lecturer on environmental and nutritional health issues and has spoken in North America, Asia, South America, Europe and soon in Australia.