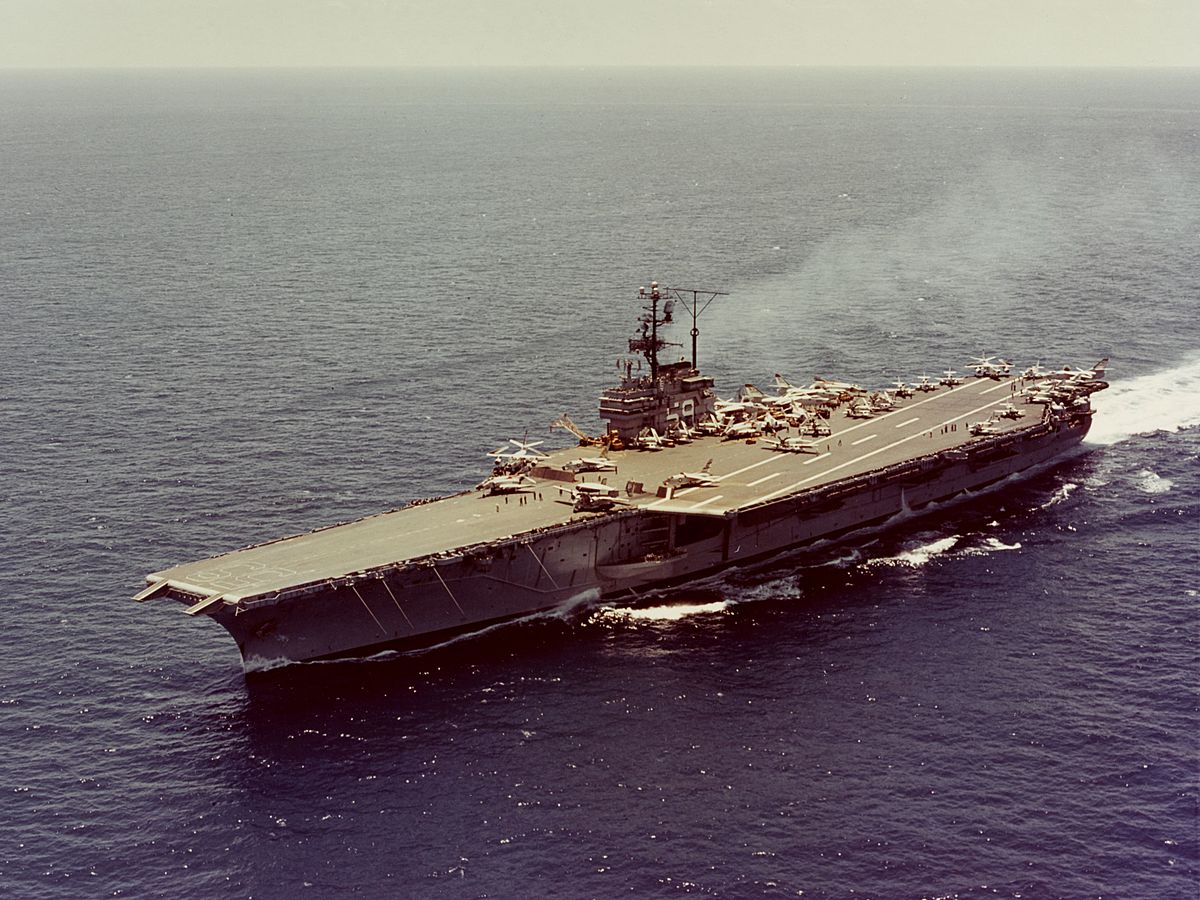 The following article on the USS Forrestal is an excerpt from Barrett Tillman’s book On Wave and Wing: The 100 Year Quest to Perfect the Aircraft Carrier. It is available to order now at Amazon and Barnes & Noble.

In 2001 retired Vice Admiral Jerry Miller reflected, “If the Forrestal had not been successful, it is quite possible that the Navy would not have built another carrier.” He probably did not exaggerate.

America’s first angled-deck carrier built as such was the landmark USS Forrestal (CVA-59), named for the original secretary of defense. Commissioned in 1955, only eight months after Ark Royal, “FID” (“First in Defense”), it was then the largest ship ever built, some 990 feet in length, as big as the luxury liner SS United States and 150 feet longer than the Yamato-class battleships. She displaced nearly sixty thousand tons standard and more than eighty thousand full load. In contrast, the Midways originally displaced forty-five thousand tons.

Twenty-two of FID’s thirty skippers became admirals, with the first, Rudolph L. “Roy” Johnson, retiring as the four-star commander of the Pacific Fleet in 1967.

The Forrestals were followed by the similar three-ship Kitty Hawk (CV-63) sub-class, differing in greater length and location of aircraft elevators. “The Hawk’s” sisters were Constellation (CV-64), also commissioned in 1961, and America (CV-66) in 1965.

Following the Enterprise (CVN-65) in 1961, costs for nuclear power soared, prompting cancellation of the six-ship class. But two hulls were under construction already, as CV-66 and -67 were to be nuclear powered, each with four reactors of greater power than Enterprise’s eight. The secretary of defense directed them to be built with conventional power plants, although the reactors were completed and sat “on the shelf.” When Enterprise began her service-life extension in 1991, her existing plant was upgraded with equipment manufactured for CV-66 and -67. Furthermore, the fuel intended for those two ships allowed the Big E to operate beyond her fifty-year lifespan.

John F. Kennedy (CV-67), commissioned in 1968 and retired in 2007, was visibly distinguishable from the Kitty Hawks, with a shorter hull. She was the last fuel-fired carrier in the U.S. Navy.

The USS Forestal was in all ways a groundbreaking carrier.

This article on the USS Forrestal is an excerpt from Barrett Tillman’s book On Wave and Wing: The 100 Year Quest to Perfect the Aircraft Carrier. It is available to order now at Amazon and Barnes & Noble.