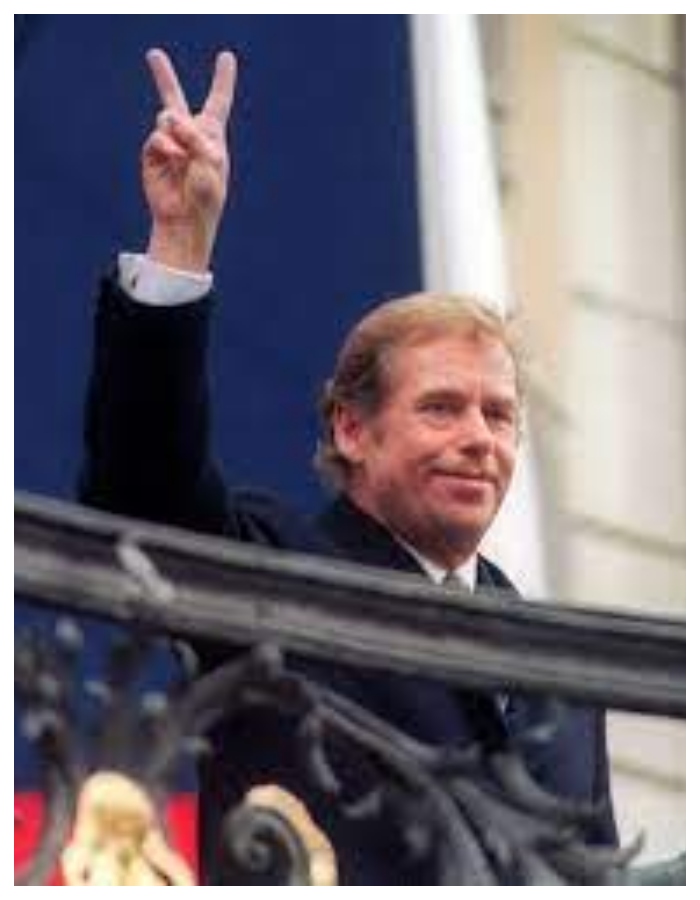 The saga of Vaclav Havel and the non-violent overthrowing of a totalitarian regime is a wonderful and little-studied 20th-century story.

It was October 5th, 1936 that Havel was born in the Czech Republic in the city of Prague.

Unlike many revolutionaries, Havel was born into privilege with a celebrated family. Havel’s grandfather, Vacslav Havel was a real estate developer who built out an entertainment complex on Wenceslas Square. Additionally, his father was also a developer whose brainchild was the Barrandov Terraces. Additionally, his uncle, Milos Havel, was a highly regarded film producer and studio executive.

It was his class background, known well to Marxists as Bourgeoisie, that actually prevented him from having easy access to education. The 1948 Communist takeover of Czechoslovakia radically changed the Havels’ lives. The Havels felt the death grip of communism when all their material possessions and say, and Vaclav’s parents had to take menial jobs.

The worst deprivation for the family was that Vaclav and his brother were not allowed to attend high school. Fortunately, he discovered a loophole in the system by which he could attend night school, and so for five years, he combined a full-time job as a laboratory assistant with the school.

According to Biography, from 1957 to 1959 Havel served in the Czech army, where he helped found a regimental theater company. His experience in the army stimulated his interest in theater, and following his discharge, he took a stagehand position at the avant-garde Theater on the Balustrade. The eager would-be playwright attracted the admiration of the theater’s director and he progressed swiftly from manuscript reader to literary manager to, by 1968, resident playwright. It was while at the Theater on the Balustrade that Havel met and in 1964 married Olga Splichalova. Of working-class origin, his wife was, as Havel later said, “exactly what I needed. … All my life I’ve consulted her in everything I do … She’s usually first to read whatever I write.…”

According to Brittanica.com, he found work as a stagehand in a Prague theatrical company in 1959 and soon began writing plays with Ivan Vyskočil.

By 1963, Havel the satirist and playwright began to emerge. He write a play called “The Garden Party, his first play, which was a lampoon of Communism. It was this ability to tease the powers that be that would undergird and pave the way for the toppling of the communist regime and the rise of Havel as a political figure.

By 1968 Havel had progressed to the position of the resident playwright of the Theatre of the Balustrade company.

When the Soviet Invasion of Czechoslavakia occurred in 1968, W.H. Auden, while living in neighboring Austria, wrote a wonderful poem that echoes in volumes when one considers the circumstances surrounding Mr. Havel and what would be termed his “Velvet Revolution“. The poem is called “The Ogre” and goes as follows:

1969 would prove to be a watershed year for Havel as it was then that the Communist regime had had enough of Havel’s musings and ousted him as a writer and editor, following the suppression of the Prague Spring, and was thus forced to work menial jobs.
One job he took on was at a Krakonos brewery, which would serve as inspiration for Havel’s play Audience. It would be this play, among others, that would be distributed across Czechoslovakia. It was here that Havel’s status as a political dissident was both cemented and elevated into the fabled status of “martyr”.

It’s an exercise of historical irony that Charter 77 was borne not of politics, but of, of all things, psychedelic rock.

It was indeed, the imprisonment of the rock band “The Plastic People of the Universe“. Vaclav Havel attended the trial of the band which was for their involvement in the non-conformist movement known as the “Prague Underground“.

According to jstor, the band was accused of using obscenities in their songs, but in reality, their “crime” was the adoption of their own stance toward life, which in its very independence constituted a challenge to the communist party. Trials of any kind were no laughing matter for the Czechs and Slovaks who had gone through the horrors of the fifties so that even pale imitation of those grotesque scenarios stirred up anger and revulsion. There could be no doubt of the connection between the spontaneous movement for the young musicians and the Charter.

The charter was published on 6 January 1977, along with the names of the first 242 signatories, which represented various occupations, political viewpoints, and religions. Although Václav Havel, along with fellow signatories Ludvík Vaculík, and Pavel Landovský were detained while trying to bring the charter to the Federal Assembly and the Czechoslovak government, and the original document was confiscated, copies circulated as samizdat and on 7 January were published in several western newspapers (including Le Monde, Frankfurter Allgemeine Zeitung, The Times, and The New York Times) and transmitted within Czechoslovakia by Czechoslovak-banned radio broadcasters like Radio Free Europe and Voice of America.

Charter 77 criticized the government for failing to implement the human rights provisions of a number of documents it had signed, including the 1960 Constitution of Czechoslovakia, the Final Act of the 1975 Conference on Security and Cooperation in Europe (Basket III of the Helsinki Accords), and the 1966 United Nations covenants on political, civil, economic, and cultural rights. The document also described the signatories as a “loose, informal, and open association of people . . . united by the will to strive individually and collectively for respect for human and civil rights in our country and throughout the world”. It emphasized that Charter 77 is not an organization, has no statutes or permanent organs, and “does not form the basis for any oppositional political activity”. This final stipulation was a careful effort to stay within the bounds of Czechoslovak law, which made organized opposition illegal.

Britannica.com states that when massive anti-government demonstrations erupted in Prague in November 1989, Vaclav Havel became the leading figure in the Civic Forum, a new coalition of non-communist opposition groups pressing for democratic reforms. In early December the Communist Party capitulated and formed a coalition government with the Civic Forum.

As a result of an agreement between the partners in this bloodless “Velvet Revolution,” Havel was elected to the post of interim president of Czechoslovakia on December 29, 1989, and he was re-elected to the presidency in July 1990, becoming the country’s first non-communist leader since 1948.

As the Czechoslovak union faced dissolution in 1992, Havel, who opposed the division, resigned from office. The following year he was elected president of the new Czech Republic. His political role, however, was limited, as Prime Minister Václav Klaus (1993–97) commanded much of the power. In 1998 Havel was reelected by a narrow margin, and, under his presidency, the Czech Republic joined the North Atlantic Treaty Organization (NATO) in 1999. Barred constitutionally from seeking a third term, Vaclav Havel stepped down as president in 2003.