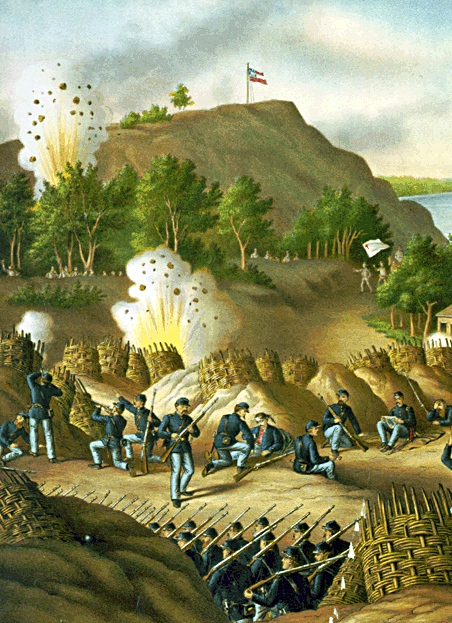 Southern newspapers hurled these sentiments at Confederate General John C. Pemberton after he surrendered the fortress of Vicksburg—the key to controlling the Mississippi River during the Civil War. But were they justified in their accusations?

Today I’m talking with Dr. Samuel Mitcham, author of Vicksburg: The Bloody Siege that Turned the Tide of the Civil War. He argues that these newspapers—and history itself—have wrongly marred Pemberton’s legacy.

Some of the myths he argues against are that Pemberton’s indecisiveness delayed the aid Vicksburg needed, when in fact he had been urgently requesting reinforcements, stationed nearby, but his commanding general repeatedly ignored him due to a petty grudge.

The Confederate Army fought an exhaustive battle to defend the fortress of Vicksburg from the spring of 1862 until its surrender on July 4, 1863. Trapped for six weeks, the residents of Vicksburg were forced to dig caves and eat rats to survive. But, due to Pemberton’s stalwart character and resourceful mind, they continued to trust his command despite dire circumstances.

Vicksburg: The Bloody Siege that Turned the Tide of the Civil War

"How the Vicksburg Siege May Have Turned the Tide of the Civil War—Samuel Mitcham" History on the Net
© 2000-2020, Salem Media.
October 25, 2020 <https://www.historyonthenet.com/vicksburg-siege-may-turned-tide-civil-war-samuel-mitcham>
More Citation Information.
Loading...