History » The Vikings » Vikings as Traders 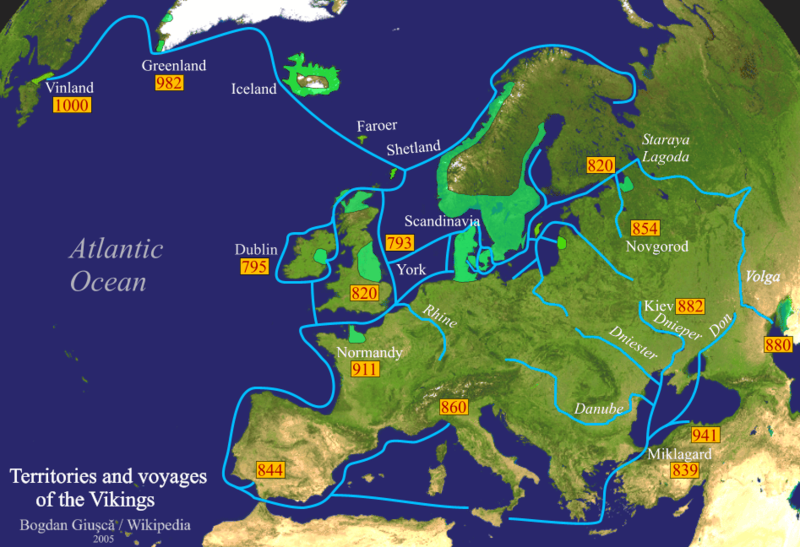 Viking traders went west as far as Newfoundland in the New World, and East as far as the Volga River, down to Constantinople. When the Vikings left their homelands in the beginning of the Viking Age in the 790s, they didn’t just go to raid and loot. Many of them set out to discover or open new trade routes, to establish a more secure foundation of future income. In general, the men of Sweden went east to Russia while Norwegians and the Danes went to the west to Ireland and Scotland, England and France. All along the way they traded the goods of the north such as fur, amber, iron and walrus tusks for goods they needed from other places. They also traded in slaves.

Vikings raided, traded and settled all along Europe’s coasts. For 300 years, churches would pray to be spared the “wrath of the Norsemen.” The Vikings were equal opportunity traders and raiders. If they found an unprotected church or monastery, they’d raid. If they came to a well-defended town, they would set up trade. Early in the Viking Age, trade was done by direct barter. Eventually, Viking traders obtained a great deal of trade silver and Arabic coins, which then was used to buy goods.

During the Viking Age, Norsemen traded all up and down the coasts of Europe, establishing new homes in many locations. They took over and settled Normandy in France and southern Italy. They settled on all the Atlantic islands, the Orkneys, Shetland, Hebrides, Scilly and Isle of Man. Eventually, these Vikings intermarried and settled in permanently.

Vikings had always traded around the Baltic Sea, but in the 8th century, they began to venture into Russia, looking to establish profitable trade routes. The Norsemen, mostly Swedes with some Danes and Norwegians, found they could go south by river routes. The two main trade routes were via the Dnieper River down to the Black Sea and the Volga River route to the Caspian Sea. Vikings established trade centers and towns along the way, notably Novgorod and Kiev. Another trade town was Bulgar, where the Volga Bulgars ran the trade along with the Rus, as these Vikings came to be called. 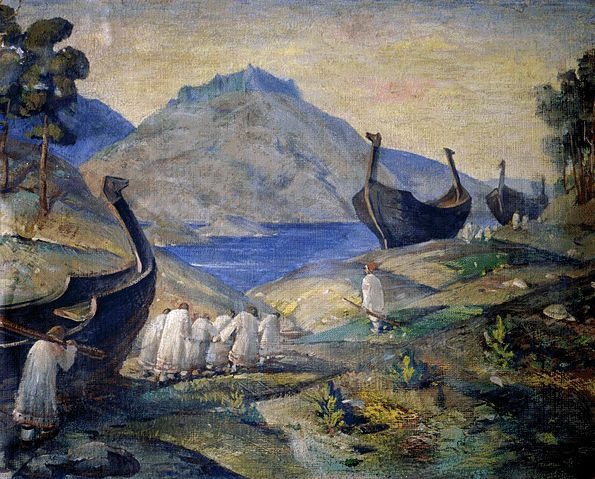 Vikings took slaves in their raids and after battles. These slaves were always welcomed in the slave markets of Constantinople and Baghdad. During the Viking Age, slave trading was extremely profitable; slaves might be Irish, British, Franks, Slavs or any of the other tribes that came in contact with Vikings. 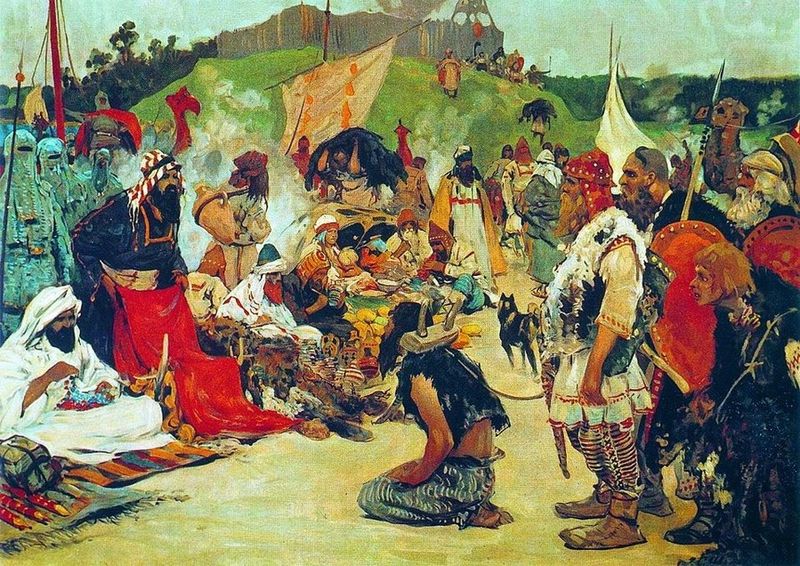 Vikings fostered close ties with Constantinople, becoming the Varangian guard to the Byzantine emperor. From Constantinople, Baghdad and perhaps even Persia, the Vikings could obtain goods from the Far East. Timber, iron, furs, amber, soapstone, whetstones and slaves were carried south by Viking traders. On return trips to the north, the cargo contained Arabic silver, coins, fabrics, spices, silk, fruit, wine and other goods of the south. By the end of the Viking Age, Norsemen had created a trading empire, covering most of the known world.