What Happened in the Compromise of 1850?

History » Antebellum Period » What Happened in the Compromise of 1850? 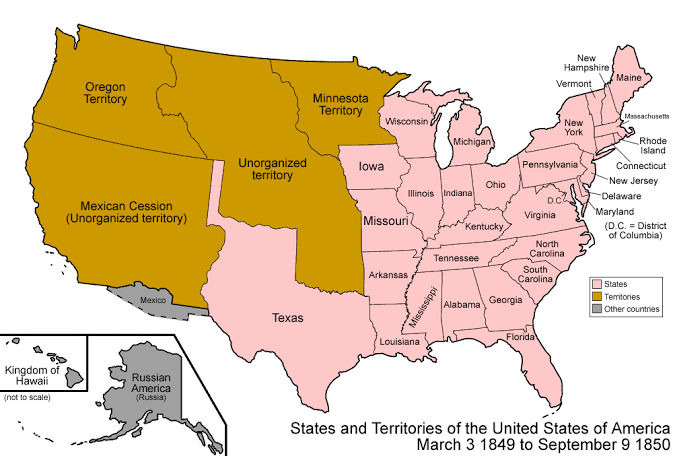 What happened in the compromise of 1850? The Compromise of 1850 was a series of acts that dealt with issues related to slavery and territorial expansion prior to the Civil War in one of the final attempst to prevent a war between the Northern and Southern states.

The controversy over the southwestern territories, temporarily resolved by the compromise, suggests that the slavery debate masked the real issue: the struggle for power and domination. That does not mean that slavery was irrelevant or insignificant, but without understanding the sectional power relationships at stake we can be led to overstate its importance. According to the 1860 census, there were a grand total of twenty-nine slaves in Utah, and none at all in New Mexico. It makes sense to suspect that the vigorous debates over slavery in the Mexican Cession must have involved an issue more significant than whether Southerners would be allowed to bring twenty-nine slaves into the new territories. Even Republicans acknowledged that political power was at the root of debates over slavery. As one Indiana congressman put it, speaking to Southerners, “It is not room that you are anxious to obtain, but power— political power.”

What happened in the compromise of 1850?

The slavery issue returned again in the Nebraska Territory in 1854. It should not have, since the territory was north of the Missouri Compromise line and should, therefore, have been closed to slavery. But there was increasing support for a transcontinental railroad that would stretch from coast to coast, and Illinois senator Stephen Douglas was determined that the new railroad’s eastern terminus would be located in Chicago. (Since railroad lines already existed in the East, a transcontinental railroad amounted to building a road from the West Coast and joining it to the existing roads in the East.)

Douglas’s proposal appears harmless, but the railroad would have to pass through the unorganized Nebraska Territory. In order to secure the line from bandits or from Indian attacks, a territorial government would have to be established. To win Southern support for a Chicago terminus, Douglas proposed that the territory be split in two—Kansas and Nebraska—and that the issue of slavery be decided by popular sovereignty. The legislation would repeal the Missouri Compromise. By theoretically opening these territories to slavery, Douglas appealed to Southerners who considered prohibitions on slavery an insult to Southern honor and a blow to Southern equality in the Union. The resulting legislation, known as the Kansas-Nebraska Act, became law in 1854.