When was Martin Luther King Born?

Martin Luther King, Jr.’s birth date is January 15, 1929. He was born in Atlanta, Georgia and was known for being a very passionate civil-rights activist, who had a great impact on the relations between races in the U.S. in the 1950s. He played a great role in creating the Civil Rights Act and Voting Rights Acts In 1964, at age 35, King was the youngest man ever to have received the Nobel Peace Prize and he is often quoted for the “I Have a Dream” speech he delivered in 1963. His assassination on April 4, 1968 was an event that shocked the world.

Martin Luther King, Jr. was actually born Michael King and was the middle child of Alberta Williams King and Michael King Sr. Both the King and Williams families had their roots in rural Georgia, where Martin Jr’s grandfather served as a minister before he took over the small, struggling Ebenezer Baptist church and made a great success of it. His son in law, Michael King sr, later took over as pastor after his death in 1931. In 1934, after attending the Fifth Baptist World Alliance in Berlin, Germany, Michael was so inspired, he decided to change both his and his son’s names to Martin Luther King in honor of Martin Luther, the German reformer. 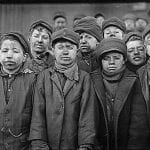 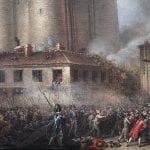