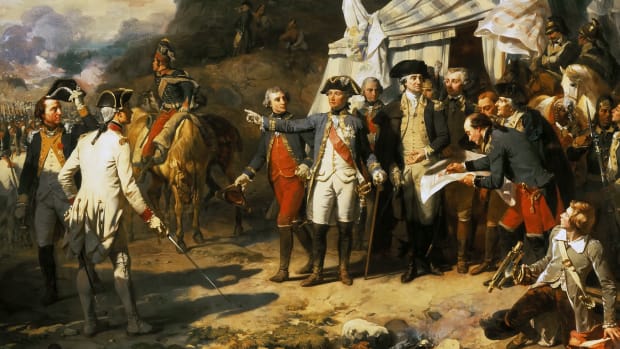 The American Revolution has received a burst of attention in the last two decades, with Pulitzer Prize-winning monographs from David McCullough and Ron Chernow (and the biggest Broadway musical in recent history, with Hamilton). But it’s come under attack as well, with historical revisionist projects like the New York Times 1619 Project, which says 1776 was a colossal mistake steeped in racism.

Today’s guest is Edward Lengel, editor of the new book “The 10 Key Campaigns of the American Revolution.” He argues that the American Revolution encompasses a human drama of epic proportions. At different points in time, at locations separated by hundreds and often thousands of miles, individuals—often the unlikeliest imaginable—took destiny in their hands and accomplished astonishing things that profoundly changed the course of human history. Their deeds should be unforgettable.

We discuss all sorts of things – like unsung heroes of the Revolution (Henry Knox is a favored choice), whether or not Benedict Arnold was a traitor or just misunderstood, and what the Revolution means for Americans in 2020.