Winston Churchill And Hitler: What Did Churchill Think? 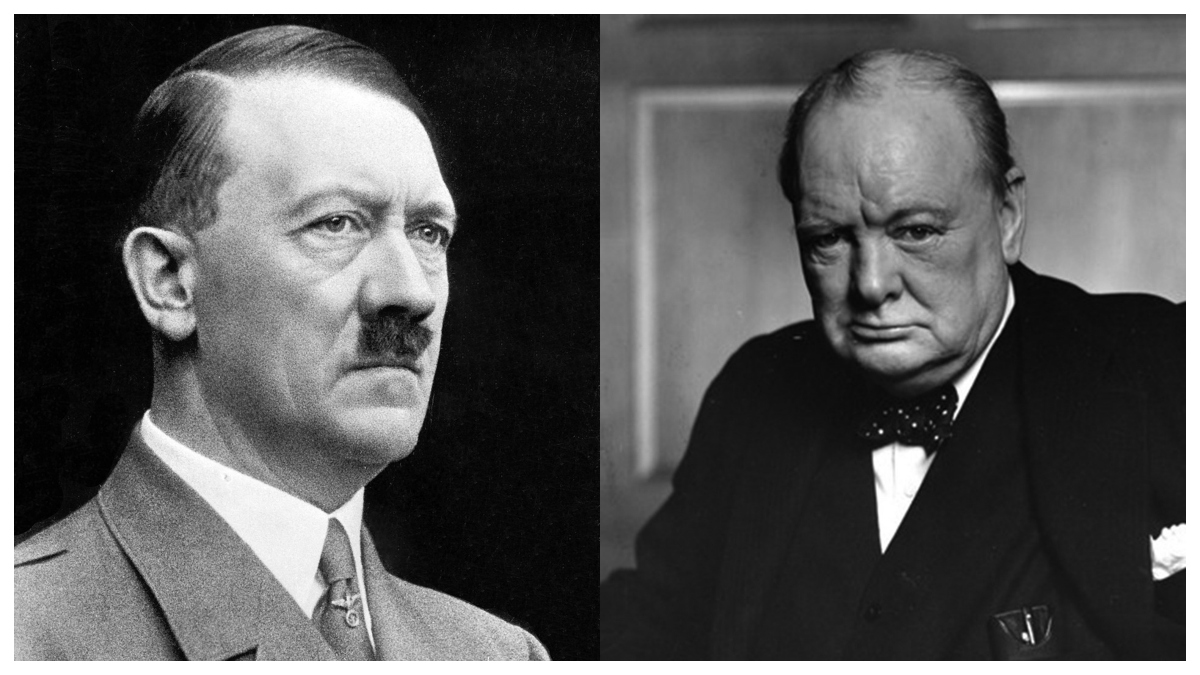 Winston Churchill was unquestionably one of the colossal names of World War 2 that immediately size interest from historians and laypeople alike. Interestingly, it wouldn’t be unfair to characterize Churchill’s sentiments towards Hitler as vacillating throughout the war.

During the 1930s, Churchill expressed growing concern over the resurgence of German nationalism. After Adolf Hitler assumed power in 1933, the former sea lord urged strengthening the Royal Navy, but few Britons heeded him. However, as the German Führer went from success to success, it became apparent that Nazi ambition could not be contained. Churchill had only contempt for appeasers like Prime Minister Neville Chamberlain and U.S. ambassador Joseph Kennedy, but with a declaration of war in September 1939 Churchill, the warhorse felt justified in returning to harness. When he resumed his position as First Sea Lord after twenty-four years, the Admiralty signaled the fleet, ‘‘Winston is back.’’

According to the National Churchill Museum, Adolf Hitler established the Nazi party in 1925, intent on using democratic means to achieve power. Resentment of the Versailles Treaty, the Great Depression, mass unemployment, and national pride brought increasing numbers of Germans to his cause as he lashed out at capitalists, communists, and Jews. While never achieving a majority in the German parliament (Reichstag), by 1932 Hitler and the Nazi party had become a formidable force. With the support of conservatives who feared Bolshevism, the German people elected Hitler Chancellor of Germany in 1933. Later that year, after a mysterious fire burned the Reichstag building, Hitler proposed, and the Reichstag adopted, an Enabling Bill giving Hitler dictatorial powers. Hitler was now the sole leader- The Führer – of Germany.

In fact, according to Jacobin Magazine In 1935, Churchill expressed his “admiration” for Hitler and “the courage, the perseverance, and the vital force which enabled him to . . . overcome all the . . . resistances which barred his path.” Winston Churchill famously wrote, in the same year, “Great Contemporaries”. According to the International Churchhill Society, one of the most controversial chapters in Great Contemporaries (And in the opinion of scholars the one least like the rest) is “Hitler and his choice.” Some critics maintain that the essay implies approval of Hitler, rendering Churchill a hypocrite. Others ask if the Great Contemporaries version was a milder form of an earlier article—And if so, whether Churchill pulled his punches.

In it, Churchill wrote: “Those who have met Herr Hitler face to face,” […], “have found a highly competent, cool, well-informed functionary with an agreeable manner, a disarming smile, and few have been unaffected by a subtle personal magnetism.” Hitler and his Nazis had surely shown “their patriotic ardor and love of country.”

However, on June 22, 1941, Churchill gave a speech on the Soviet-German war where he bellowed that, following Hitler’s attack on and invasion of, Russia, that “Hitler is a monster of wickedness, insatiable in his lust for blood and plunder.”

Indeed, ultimately, history has looked and will look kindly on the, at times dialectical, relationship between Hitler and Churchill. By way of re-surfaced documents, it was revealed that Churchill wanted Hitler executed. According to newly declassified official papers, Britain’s wartime Prime Minister Winston Churchill was adamant about having Adolf Hitler sent to the electric chair as World War II drew to a close. DW.com expounded upon this, reporting that Britain’s wartime Prime Minister Winston Churchill wanted to see Nazi leader Adolf Hitler executed rather than put on trial for war crimes, detailed minutes of meetings of his war cabinet in 1942 to 1945 suggest. The once top-secret papers were released on Sunday by The National Archives of England, Wales, and the United Kingdom — one of the largest archival collections in the world. Consisting of notes taken by deputy cabinet secretary Sir Norman Brook in his own style of shorthand, they offered the first detailed insight into what was said in the war cabinet during the global conflict.

These notes, which were kept away from the public for more than 60 years out of concerns for national security, differ from the official cabinet minutes in that they reflect the flavor of the discussions and give a more in-depth account of the relationships and views of individual ministers. At one war cabinet meeting in Dec. 1942, when Hitler’s grip on mainland Europe was at its strongest, Churchill said that “if Hitler falls into our hands we shall certainly put him to death.”