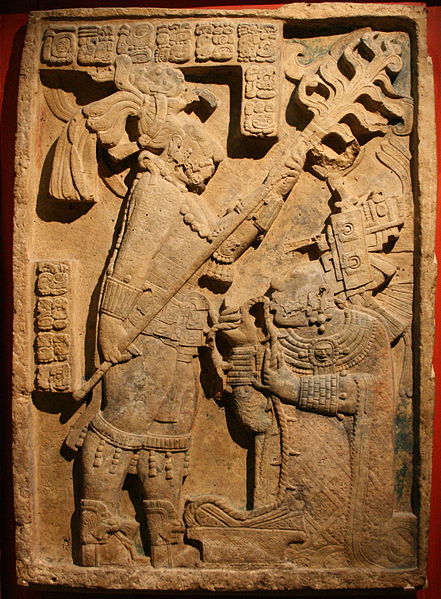 In early Mayan studies, archeologists assumed that women were subordinate to men in Mayan society. Men were kings and rulers of the city-state, and men were rulers in their homes. Recent studies haven’t changed that notion, but new research shows that women were more central to Mayan society than previously believed. During the Classical era, certain women held power as rulers in their cities, either as regent for an underage son or as widow of a ruler who died without an heir. Women also served as oracular priestesses at various sacred sites. Women worked in the Mayan economy, in agriculture and especially in the textile industry. While most Mayan women led traditional lives of caring for their households, others held far more power.

While women in general were not involved in Mayan politics, occasionally circumstances would place a woman in the role of ruler. During the Classical era, women gained in political power as politics shifted and became more complex. Five noble women during this time became ruling queens of their city-states. These women were Muwaan Mat and Lady Yohl Ik’nal of Palenque, Lady Eveningstar of Yazchilan, the Lady of Tikal and Lady Six Sky of Naranjo.

Another powerful woman ruler was Lady K’abel, whose tomb was discovered recently. Lady K’abel was the military ruler of El Peru-Waka between A.D. 672 and 692. One of the hieroglyphics found at the tomb describes her as Lady Snake Lord, revealing the Lady K’able was a member of the powerful Snake dynasty of Calakmul.

Although women were not usually considered part of the religious hierarchy, recent studies reveal that many women were priestesses at pilgrimage sites in the Post-Classical era in the Yucatan. Caves and cenotes—a natural pit containing groundwater—were sacred places to the Mayans where they would offer sacrifices. They were popular pilgrimage sites drawing elite Mayans as well as commoners, especially on the islands off the coast of the Yucatan. These sites were often dedicated to the moon goddess or to Ix Chel, the goddess of fertility, midwifery and medicine. Priestesses there guided pilgrims along the pilgrimage trail. They also served as diviners or fortune tellers for visitors.

Women in the Economy

Women worked in agricultural roles as farmers and herders. They also produced all the textiles of the Mayan economy, for both local markets and trade networks. As spinners, weavers and dyers, women produced basic cloth for their families, but also produced elaborate textiles as works of art. While most food products were consumed locally, some were traded widely such as cacao and vanilla beans. In some Mayan areas, women raised deer herds, ensuring a sufficient deer population to feed the population. Women’s work in agriculture and textiles made significant contributions to the Mayan economy.