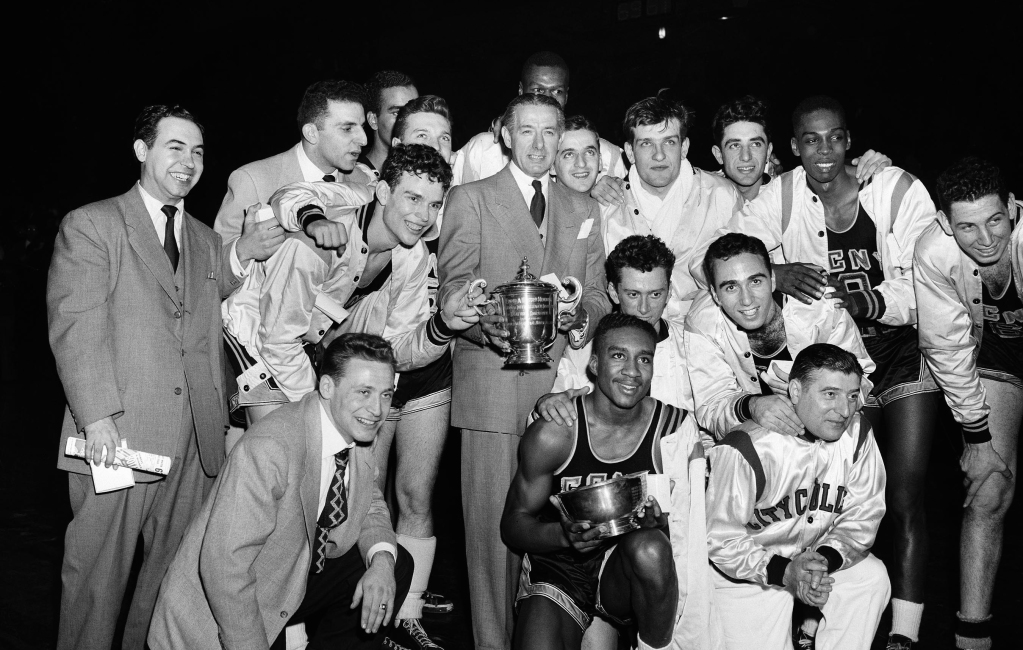 The 1949-50 City College Beavers basketball team were incredible underdogs who experienced an incredible rise and subsequent fall from grace. At a time when the National Basketball Association was still segregated, the Beavers team was composed entirely of minority players – eight Jews and four African Americans. In 1950 the City College Beavers became the only basketball team in history to win both the NIT and NCAA tournaments in the same year. But one year later the team’s star players were arrested for conspiring with gamblers to shave points. Overnight the players went from heroes to villains.

Today’s guest is Matthew Goodman, author of the book “The City Game.” He argues these players were actually caught in a much larger web of corruption that stretched across major social institutions from City Hall to the police department, sports arenas, and even the universities themselves. It’s a historical story of duplicity and cynicism that’s all too relevant to big-money college sports today.

But it’s also a story of redemption, particularly Floyd Layne, one of the players implicated in the scandal. Floyd Layne was raised by a single mother in the Bronx, an immigrant from Barbados. He was a popular, talented, cheerful kid who loved basketball and jazz. Time and again he resisted the urgings of his teammates to take money from gamblers, but finally he relented because he wanted to buy his mother a $110 washing machine for Christmas. After he was arrested, he and the other players were blacklisted from the NBA – but unlike the other players, Floyd spent years trying unsuccessfully to join the league. Eventually he gave up and began coaching youth basketball in the Bronx, where his mentees included the future Hall of Famer Nate “Tiny” Archibald. In 1975 the job of head basketball coach of City College became available, and Floyd applied and got the job – after a quarter century, he was back at City College.