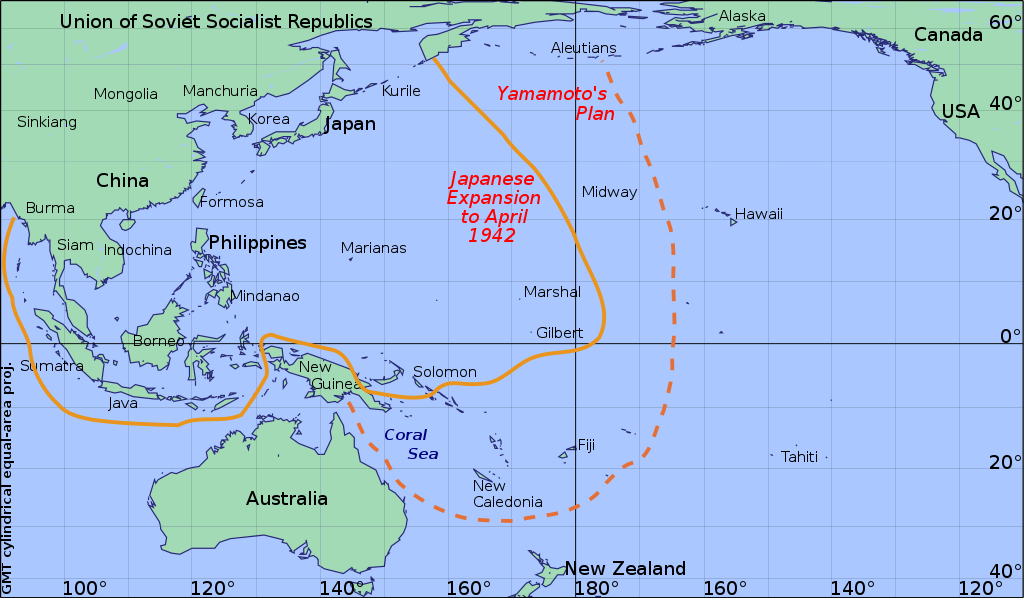 The Japanese attack on Pearl Harbor on December 7, 1941 inflicted great damage on the American Pacific Fleet, but it left one group of American ships untouched: the aircraft carriers. In early 1942, Japanese Admiral Yamamoto decided to finish the job that his fleet had begun the previous December.  Yamamoto authored a plan to send his fleet toward Midway Island.  There, he hoped to lure the American carriers to their destruction and to capture Midway, establishing a powerful Japanese air and naval base only 1100 miles from Midway.  This would force the Americans to the negotiating table…or would it?  In this episode, James and Scott discuss the details of Yamamoto’s bold but risky plan to project Japanese power further westward.  They also discuss the major types of ships and planes used by both navies in early 1942.