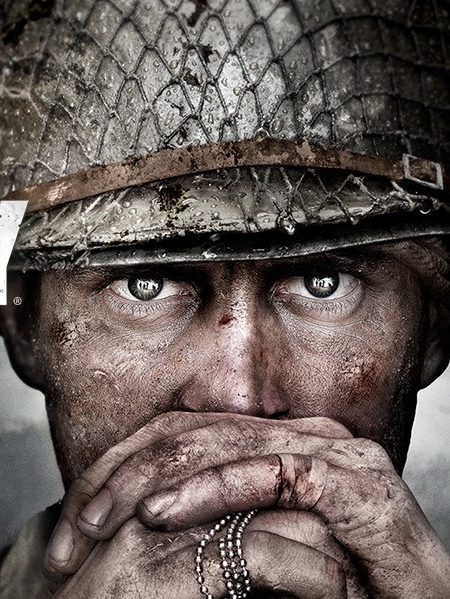 Call of Duty is top best-selling first-person shooter series based on real events, but lately it has veered into futuristic sci-fi country. Call of Duty: World War II is an attempt to go back to the games WW2 roots.

And historian Marty Morgan is there to make sure they get it right. He’s an expert in military history who specializes in the World Wars.

Morgan is a consultant for Sledgehammer Games. He has also has led hundreds of tour groups at the battle sites of D-Day, the Battle of the Bulge, and Hürtgen Forest. Marty makes sure that everything is right in the series. He focuses on which guns should be used on the Western Front or insignia on soldier’s uniform. He makes sure that snipers are actually using the rifles they would have at that time (don’t get him started on the erroneous use of weapons in Saving Private Ryan).

He led Glen Schofield and Michael Condrey, co-founders of Sledgehammer, through the battlefields of Europe in the middle of winter to get a real feel of the soldiers’ wartime experience. There they faced three or four feet of snow. There were still foxholes and trenches in the middle of nowhere. In the forest they saw a 60-ton King Tiger tank left by the Germans because it was too heavy to move.

He worked with the creative team to give historical accuracy to the most Hollywood of scenes in the game. At point point the writers wanted a scene with a train. They asked Marty, ‘What sort of train would be transporting important equipment in April 1944 that we could crumple?” He came up with a German military train carrying a V2 Rocket that ends in a climactic crash, naturally.

You can do that immediately by signing up at www.thegreatcoursesplus.com/Unplugged

The Great Courses is the most comprehensive online learning site of its kind. With this video and audio streaming service you have unlimited access to learn from award-winning professors and experts about anything that interests you.

There’s over 8,500 different lectures across so many different subjects, including history, science, language…even hobbies like cooking and photography.

You can watch the videos on a TV, laptop, tablet or smartphone or stream the audio with The Great Course Plus and listen along as you’re going about your day!

Start your Free Month Now – you will love it!