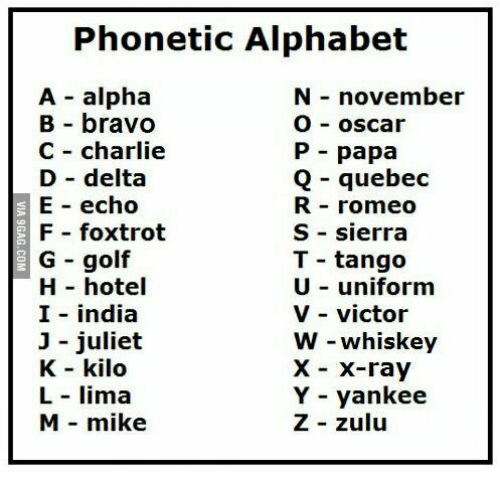 Phonetic alphabets are at least as old as radio communications, meeting the need for precise transmission of alpha-numeric information, such as map grids. During World War II all combatant nations had standardized phonetics, though the Allies’ multiple systems frequently overlapped. For instance, in 1941 the U.S. Army and Navy had different alphabets, and throughout most of the war the British army, navy, and air force had their own similar but not identical systems. By 1944 the Anglo-Americans had agreed upon a standard phonetic alphabet, but changes still occurred.

Phonetics were part and parcel of the language of D-Day. The Normandy landing beaches were divided into specific sectors, each with a phonetic identifier. For example, the opening scene in Saving Private Ryan occurs at Omaha Dog Green Sector.

The World War II German system was little changed from the First World War. Some differences in 1914–18 were Charlotte, Julius, Theodore, and Ypsilon. Additionally, Germany’s Great War alphabet had separate phonetics for words with umlauts, which are pronounced as an E sound, such as Oedipus or Uebel.

This article on the phonetic alphabet is part of our larger selection of posts about the Normandy Invasion. To learn more, click here for our comprehensive guide to D-Day.