By 1918 there were strikes and demonstrations in Berlin and other cities protesting about the effects of the war on the population. The British naval blockade of German ports meant that thousands of people were starving. Socialists were waiting for the chance to seize Germany as they had in Russia. In October 1918 Ludendorff resigned and the German navy mutinied. The end was near. Kaiser Wilhelm II abdicated on November 9th 1918.

On 11th November the leaders of both sides held a meeting in Ferdinand Foch’s railway carriage headquarters at Compiegne.

The Armistice was signed at 6am and came into force five hours later. Thus all sides witnessed the final end of WW1. 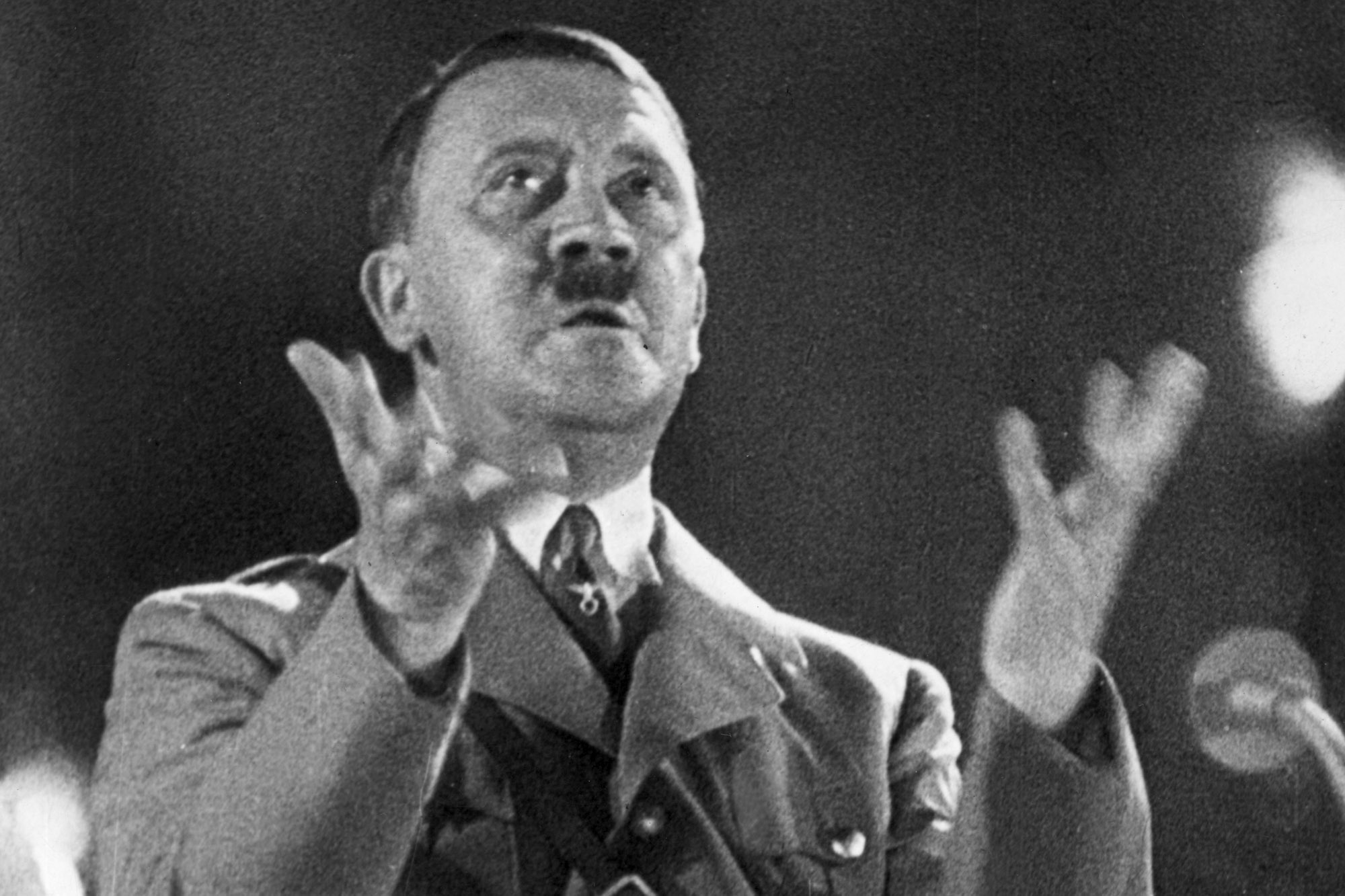 (See Main Article: Anton Drexler – The Man Who Made Hitler)

Several years later, after becoming a chancellor and having passed the Enabling Act in 1933, Hitler merges the chancellor and president titles and becomes the Fuhrer in 1934.

On September 1, 1939, the German Wehrmacht invaded Poland. Although the military had been the beneficiary of Germany’s industrial efforts, it was not a fully modernized machine (perhaps a reflection of the limitations of the Germany economy). More than half of German soldiers went to war on foot, and a large part of the army’s supplies were mobilized by horse. Much of German military power was concentrated in armor (especially tanks), and in the Luftwaffe (Air Force), under the command of WWI flying ace Hermann Göring. Hundreds of thousands of Germans has been employed in the aircraft industry. Germany entered the war with a relatively poor army, but with superior numbers of tanks and aircraft, including some of the best machines in existence at that time. Within days of the German invasion of Poland, both England and France responded by declaring war on Germany. For the second time in the century, the major of powers of Europe were at war.

Despite calls for help from the Czechoslovak government, neither Britain nor France was prepared to take military action against Hitler. However, some action was now necessary and believing that Poland would be Hitler’s next target, both Britain and France promised that they would take military action against Hitler if he invaded Poland. Chamberlain believed that, faced with the prospect of war against Britain and France, Hitler would stop his aggression. Chamberlain was wrong. German troops invaded Poland on 1st September 1939.

1940: The Infamous Concentration Camp Known as Auschwitz Is Opened

(See Main Article: Where is Auschwitz?)

Auschwitz was one of Germany’s largest death camps where thousands of Jews were exterminated. It is situated in southern Poland, which at the time had been annexed by Germany. It is located close to Oświęcim, an industrial town, but the cities Krakow (70km) and Katowice (40km) are better known today. 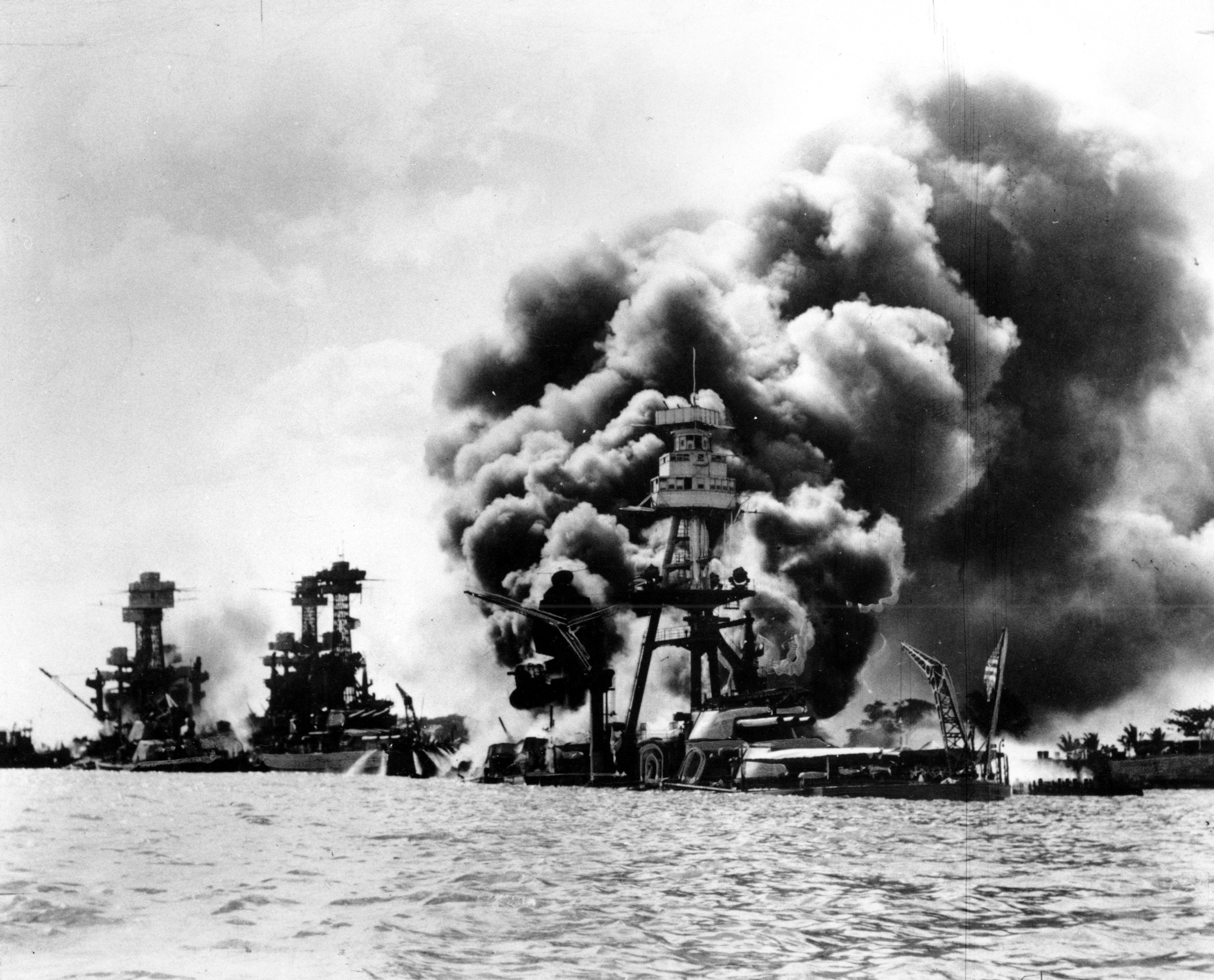 The attack on Pearl Harbor ranks as the most successful military surprise attack in the early years of combined naval/aerial combat. On December 7, 1941, the Imperial Japanese Navy Air Service struck the United States naval base at Pearl Harbor, Hawaii Territory. The attack directly led to the United States’ entrance into World War Two. Japan quickly followed up the attack with the invasion of numerous Pacific Islands.

1942: The Battle Of Midway Commences

The Battle of Midway was a decisive blow to Japan’s naval supremacy in the Pacific Theatre of World War II. Between June 4-7, 1942, the United States Navy struck a blow to Japan’s fleet that was irreparable.

In January 1943 when German troops arrived at the ghetto to deport a further 80,000 Jews, they met organized and armed resistance from the Z O B who had armed themselves with a small number of weapons smuggled into the ghetto. The German soldiers were forced to retreat. Following this small victory, the Z O B began making preparations for further resistance. Bunkers and hiding places were prepared and plans were made detailing tactics to use against the Germans.

(See Main Article: Everything You Need to Know About D-Day: H-Hour, Weapons Info, and First-Hand Accounts from Soldiers, Beachmasters, and the French Resistance)

The D-Day landing of June 6, 1944, ranks as the boldest and most successful large-scale invasion in military history.

On June 6, as Operation Overlord went forward, roughly 160,000 Allied troops crossed the English Channel, supported by seven thousand ships and boats, and landed on the coast of Normandy.The seaborne invasion included nearly 5,000 landing and assault craft, 289 escort vessels, and 277 minesweepers. They established a beachhead from which the Germans were unable to dislodge them. Within ten days, there were half a million troops ashore, and within three weeks there were two million.

(See Main Article: Adolf Hitler Didn’t Survive WW2 or Secretly Flee to Argentina. Here’s Why So Many Think He Did)

According to official accounts and numerous eyewitnesses, the dictator of the Third Reich shot himself, loyal Nazis burned his body, and the bones were removed by the Russians. Yet, after WWII, 50 percent of Americans polled did not believe the captured Nazis who said Adolf Hitler and Eva Braun had committed suicide in their Berlin bunker. They thought the Führer had faked his death and escaped justice. Joseph Stalin himself told Allied leaders that Soviet forces never discovered Hitler’s body and that he believed the Nazi leader had gotten away. There were numerous reports of top Nazi officials successfully fleeing to South America.

The final stage of World War II in the European Theatre commenced with the Western Allied invasion of Germany. It began with the crossing of the River Rhine in March 1945, with forces fanning out and overrunning all of Western Germany until their final surrender on May 8, 1945.