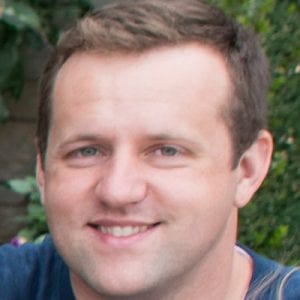 Scott Michael Rank, Ph.D., is the editor of History on the Net and host of the History Unplugged Podcast. A historian of the Ottoman Empire and modern Turkey, he is a publisher of popular history, a podcaster, and an online course creator. He is the author of twelve books, including History’s Nine Most Insane Rulers, The Age of Illumination: Science, Technology, and Reason in the Middle Ages, Lost Civilizations, and Off the Edge of the Map: Travelers and Explorers That Pushed the Boundaries of the Known World. His books have been translated into nine languages.

He earned his Ph.D. in History from Central European University in Budapest, Hungary. In 2015/2016 he was a postdoctoral researcher in Istanbul at Sehir University. In 2013/2014 he was a junior fellow at the Research Center of Anatolian Civilizations.

For his academic work, he researches Christian-Muslim intellectual history in the nineteenth and early twentieth centuries. Before going down the academic route he worked as a journalist in Istanbul and reported on human rights issues. He has written history books on topics ranging from lost Bronze Age civilizations to the Crusades to historical figures who overcame personal adversity.

In November 2016, Scott became editor of History on the Net. Scott makes it his mission to explore neglected or forgotten corners of history that changed the world, no matter how strange or controversial.

He has blogged on the U.S. Army’s failed experiment to use camels as pack animals in the 1840s southwest, failed presidential assassination attempts, and first-hand accounts of the Invasion of Normandy.

If you want to learn more about Scott’s work (including his public speaking and historical consulting work), go to his website here.

For history lovers who listen to podcasts, History Unplugged is the most comprehensive show of its kind. It’s is the only show that dedicates episodes to both interviewing experts and answering questions from its audience. Every Tuesday, Scott interviews best-selling authors and historical consultants for film and video games. Topics include gruff World War II generals who flew with airmen on bombing raids, a war horse who gained the rank of sergeant, presidents who gave their best speeches while drunk, and the historical accuracy of Assassin’s Creed.

Every Thursday, Scott answers any question about history that the audience can throw at him (What was it like to be a Turkish sultan with four wives and twelve concubines? If you were sent back in time, how would you kill Hitler?).