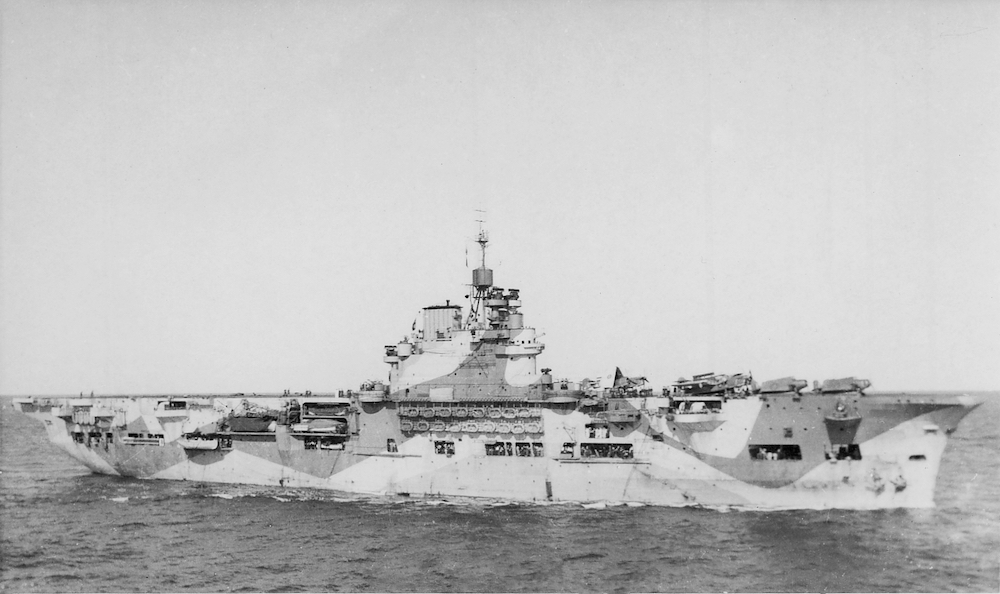 The following article on the British Pacific Fleet is an excerpt from Barrett Tillman’s book On Wave and Wing: The 100 Year Quest to Perfect the Aircraft Carrier. It is available to order now at Amazon and Barnes & Noble.

The British Pacific Fleet (BPF) had been activated in November 1944, replacing the Eastern Fleet. Most significantly the BPF struck oil targets in Sumatra in January 1945. But as the war drew closer to Japan, the Royal Navy’s carriers offered a capability that U.S. planners could not ignore. Consequently, four Royal Navy carriers joined Spruance’s Fifth Fleet as Task Force Fifty-Seven. The British flew a mixture of aircraft—their own Supermarine Seafires, Fairey Firefly strike-fighters, and Fairey Barracuda dive bombers, plus Corsairs, Hellcats, and Avengers. Ten fast carriers rotated in and out of TF-57, while two afloat maintenance carriers—HMS Pioneer and Unicorn—were based in the admiralties and Philippines.

George Bernard Shaw famously noted that the British and Americans are two peoples separated by a common language. That certainly applied to the U.S. and Royal navies, which employed different terminologies. The British equivalent of an LSO was a DLCO (deck landing control officer or “batsman”); RN carriers had lifts (elevators) and boosters (catapults), while aircraft (aeroplanes) had airscrews (propellers) and alighting gear (landing gear). Nevertheless, with common codebooks and communication procedures most of the wrinkles were ironed out. Apparently the exception was LSO signals, for the rare occasions when “crossdeck” operations occurred with Americans landing on RN carriers and vice-versa. Most American LSO signals were advisory (“high” meant “You are too high”) rather than instructive (“Go higher”).

Combined Anglo-American fast carrier strength was fifteen fleet carriers, six light carriers, nine battleships, twenty-three cruisers, and scores of destroyers. Nothing remotely like it had ever trailed a wake in any sea.

Royal Navy escort carriers also contributed over a wide area throughout the year. From January through July, seven British-built CVEs kept pressure on Sumatra, the Nicobars, Malaya, and Singapore. As many as four ships at a time operated together, embarking one hundred aircraft that produced results. Some of the major oil facilities lost 30 to 50 percent of production capacity for weeks or months.

This article on the British Pacific Fleet is an excerpt from Barrett Tillman’s book On Wave and Wing: The 100 Year Quest to Perfect the Aircraft Carrier. It is available to order now at Amazon and Barnes & Noble.