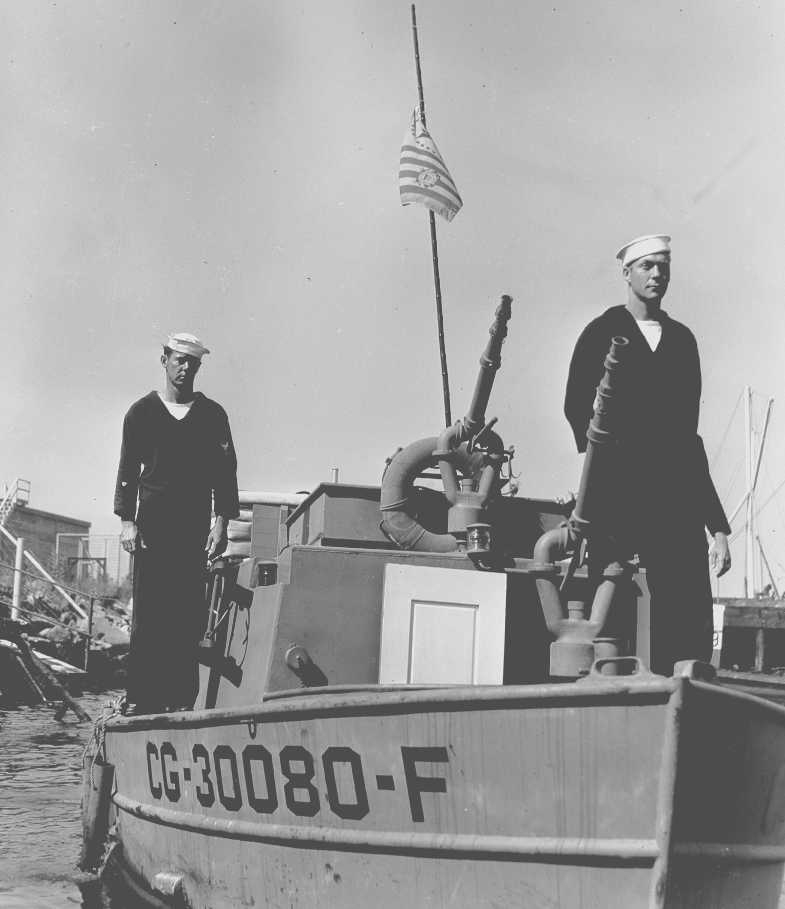 The following article on U.S. Coast Guard History is an excerpt from Barrett Tillman’ D-Day Encyclopedia. It is available for order now from Amazon and Barnes & Noble.

With the longest unbroken service of all American armed forces, Coast Guard history traces its ancestry to the Revenue Marine of 1790, and after a series of subsequent designations it gained its present name in 1915. During World War II the Coast Guard was automatically absorbed by the Navy Department, having previously been administered by the Revenue and Commerce Departments.

From a 1939 strength of 10,544 men, the Coast Guard grew to 171,749 men and women (excluding medical personnel) in February 1944. Much of the service’s early wartime service was in the Pacific. The cutter Taney’s anti-aircraft guns deterred Japanese planes from bombing Honolulu’s power plant on 7 December 1941, and in July 1942 Coast Guard vessels claimed sinkings of enemy submarines in Alaskan waters. Coast Guardsmen also operated landing craft for U.S. Marine and Army troops in the Pacific.

From July 1942 until July 1944 Coast Guard beach patrols, often mounted on horses and using guard dogs, covered the Atlantic and Gulf coasts. The threat was no idle one; a Coast Guardsman helped capture four German saboteurs landed by a submarine on Long Island in June 1942. Meanwhile, four cutters were lost to U-boats during the war. The commandant, Adm. Russell R. Waesche, consulted with U.S. and Royal Navy leaders throughout the war on a variety of topics, including better methods of saving naval and merchant seamen. A dedicated search and rescue agency was established in February 1944 at the request of the Joint Chiefs of Staff.

Coast Guardsmen made significant contributions to D-Day, some of them by men who were far removed from Britain and France. Coast Guard personnel operated the Greenland weather stations that enabled General Eisenhower’s staff to predict the brief period of improved conditions in the English Channel. Off Normandy, they crewed landing ships and landing craft at all five invasion beaches. In all, ‘‘Coasties’’ manned ninety-nine vessels in the Normandy operation. The largest contingent was in Assault Group O-1 at Omaha Beach, where Capt. Edward H. Fritzsche, USCG, commanded USS Samuel Chase plus two transports, six LCI(I)s, six LSTs, and ninety-seven smaller vessels. The LCI crews of Flotilla Ten were well experienced, having delivered assault troops to Sicily and Salerno, Italy, over the previous eleven months.

At Utah Beach Capt. Lyndon Spencer, USCG, was skipper of the Force U flagship, USS Bayfield, while three other transports had full or partial Coast Guard crews. There were also Coast Guard LSTs at Gold, Juno, and Sword beaches in the British and Canadian sector.

An invaluable service was provided by the rescue flotilla composed of sixty Coast Guard patrol boats positioned across the length of the landing areas. In keeping with their service’s traditional lifesaving mission, Coast Guardsmen were credited with rescuing four hundred Allied soldiers or sailors on 6 June, and more than a thousand others in the next three weeks.