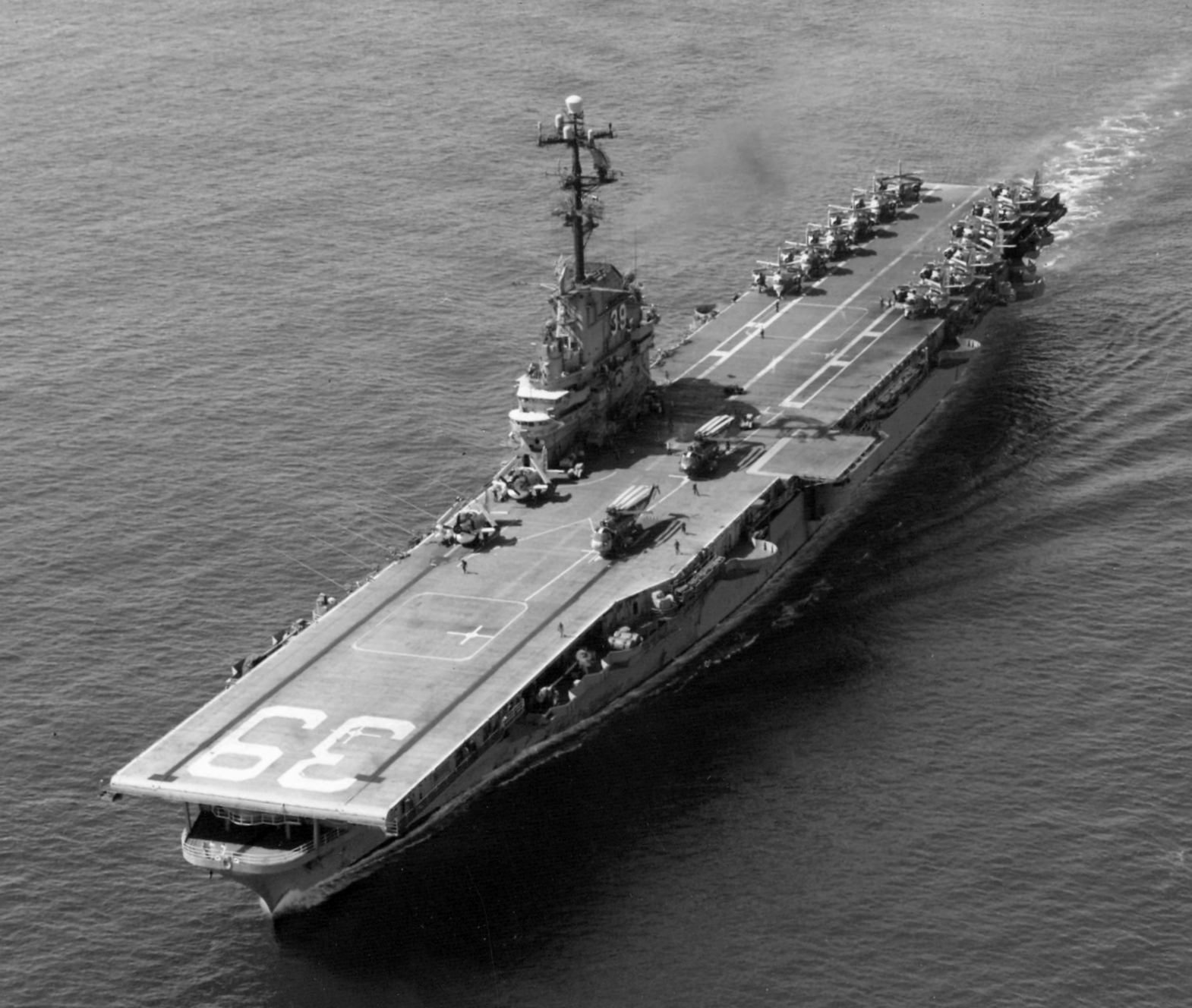 The following article on the Essex Class Aircraft Carrier is an excerpt from Barrett Tillman’s book On Wave and Wing: The 100 Year Quest to Perfect the Aircraft Carrier. It is available to order now at Amazon and Barnes & Noble.

By 1943 momentum was moving in America’s direction against Japan in the Pacific Theatre of World War Two. But numerous battles had depleted it of ships, namely its treasured aircraft carriers. Only Saratoga and Enterprise remained available in the Pacific.

That August the wartime generation of fast carriers began arriving in Hawaii. The spanking new Essex (CV-9) and Yorktown (CV-10) promised much and delivered on that potential. In the next two years they and their ten sisters, representing the new Essex class aircraft carriers, carried the main burden of PacFleet carrier requirements.

In fact, the Pacific War was waged and won in shipyards as much as in combat. Whereas prewar carriers such as Yorktown and Enterprise required between three and four years from keel-laying to commissioning, the wartime Essexes typically took sixteen to twenty months. The record was Franklin (CV-13), produced by Newport News in only fourteen months.

The Essex class aircraft carrier has been called “the DC-3 of aircraft carriers” for versatility and longevity. Twenty-four units were delivered from 1943 to 1950, and it remains the most-produced fleet carrier design of all time, the last being retired in 1991.

Although originally conceived as a somewhat larger Yorktown when ordered in July 1940, CV-9 possessed increased operability and survivability. As with Wasp (CV-7), the midship elevator was moved to port, allowing more flexibility in flight deck operations for a larger air group. The early design envisioned two flight deck catapults and a transverse “cat” to launch planes off the hangar deck—an option seldom used. Defensive measures included additional armor, greater compartmentalization, and much increased antiaircraft armament. Standard displacement rose from 19,800 in the Yorktowns to 27,100 for early Essex class aircraft carriers

The first three ships were laid down before Pearl Harbor, becoming Essex, Lexington (CV-16), and Bunker Hill (CV-17). Orders for ten more were placed before January 1942.

Meanwhile, a hasty program to convert cruiser hulls to light carriers (CVLs) was producing results. The Independence (CVL-22) class got a head start with light cruiser hulls, the first five laid down by New York Shipbuilding of Camden, New Jersey, in 1941. They were commissioned at the rate of almost one a month through 1943, requiring a median eighteen months for conversion and completion.

When delivered, the CVLs displaced about 14,700 tons, operating thirty or more aircraft. Capable of 31 knots, they could steam with their Essex-class teammates.

The same month that Essex and Yorktown reached Pearl, Independence and Princeton (CVL-23) went operational. They were followed by Lexington, Bunker Hill, and three more CVLs through year-end.

This article on the Essex Class Aircraft Carrier is an excerpt from Barrett Tillman’s book On Wave and Wing: The 100 Year Quest to Perfect the Aircraft Carrier. It is available to order now at Amazon and Barnes & Noble.