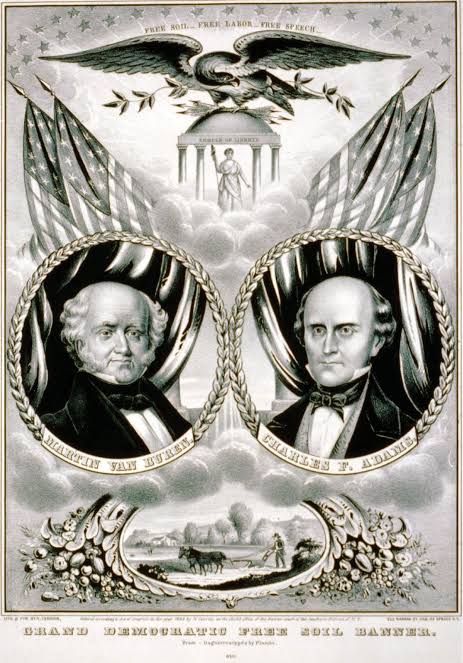 The Free Soil Movement (1848–54) was a minor but influential political party in the pre-Civil War period of American history that opposed the extension of slavery into the western territories.

Michigan’s Lewis Cass, who received the Democratic nomination, was also portrayed differently in the North and in the South. In the South, Cass was pitched as the logical choice for Southerners because as an advocate of “popular sovereignty” he would give them a fair shot in the territories. Cass also pledged to veto the Wilmot Proviso. In the North, Cass supporters pointed to the arid climate of the southwest, noting that even with popular sovereignty it was very unlikely that slavery would ever develop in its inhospitable climate. Cass was said to be the logical choice for Northerners because allowing the people of the territories to vote on slavery would almost surely have a free-soil outcome, but without unnecessarily alienating the Sout—as would happen if slavery were prohibited by the legislative fiat of Congress. Simply shutting slavery out of the territories would strike Southerners as an intolerable blow to their honor and another example of the North’s refusal to grant them equality in the Union. Cass could thus accomplish the free-soil objective without sowing discord between the sections.