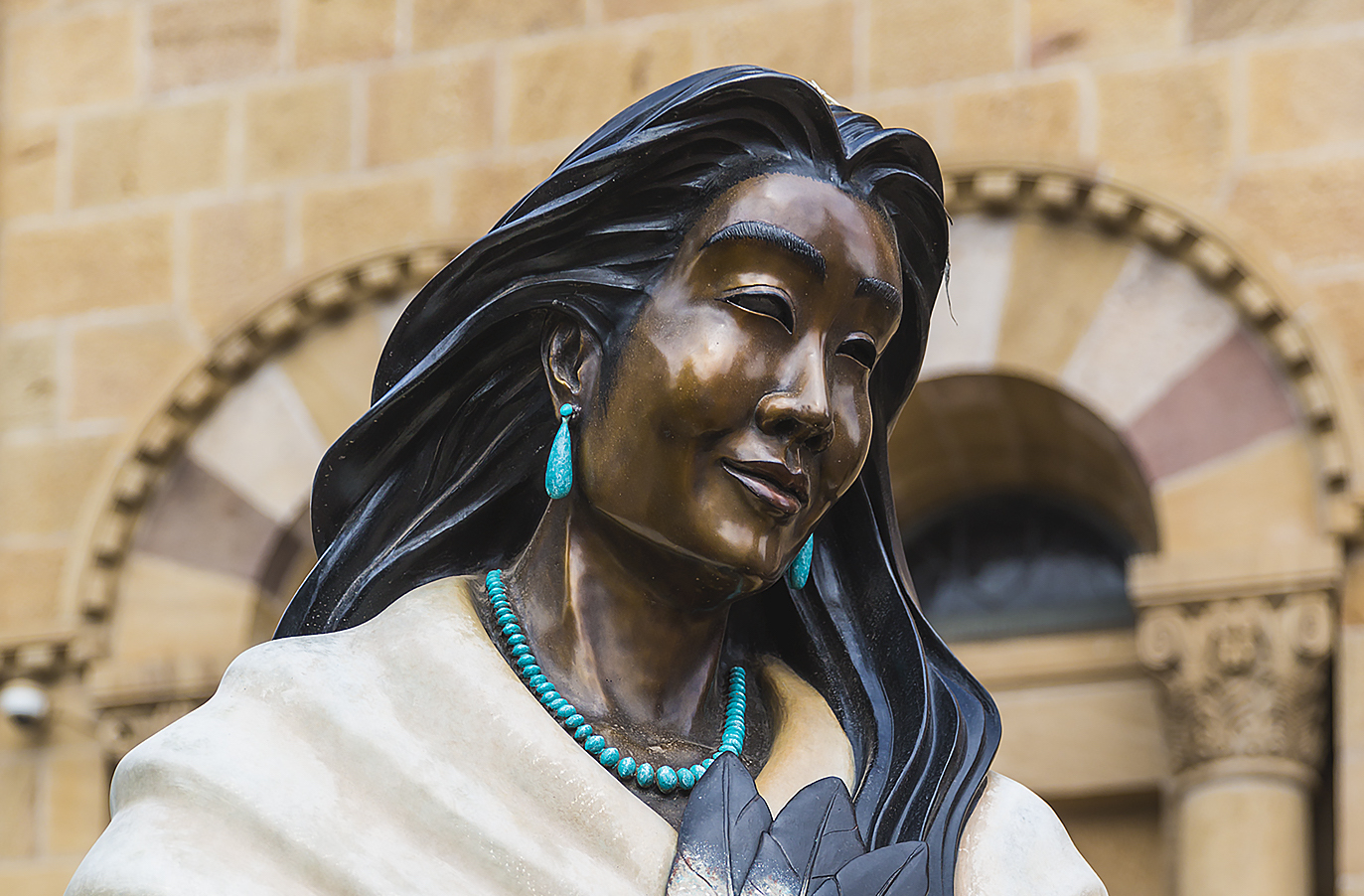 The following is a guest post from Jordan Baker, who blogs at https://eastindiabloggingco.com. You can find more of his content at this site.

Kateri Tekakwitha is one of the most remarkable, if little known, women of history – both for what she did and what she’s come to represent. Kateri Tekakwitha, also known to history as the Mohawk Saint and Lily of the Mohawk, lived during the seventeenth century in what is now New York. After converting to Christianity, and taking the Christian name Catherine, she died in 1680.

Though she was only 24 when she died, she left a lasting impression on the Jesuit missionaries who oversaw her conversion. Through their writings, we get a glimpse of the real Tekakwitha, though we must use what we know of Iroquoian culture at the time to peel away the layers of embellishment added in by Jesuits hoping to justify their missions in the New World. Some 300 years after her death, Kateri Tekakwitha became the first Native North American to be beatified by the Catholic Church.

Born in 1656 in what is now New York state, Tekakwitha belonged to the Mohawk Nation, part of the Iroquois Five Nations. Though her mother was not born a Mohawk, she was adopted into their society, presumably after being captured in war, and married a Mohawk man. Four years after Tekakwitha’s birth in 1660, a smallpox epidemic hit her village, killing both her parents and leaving her permanently scarred and visually impaired. While her mother had been Christian, after her parents’ death she was raised by her uncle, an important, and very anti-Chrisitan, member of the village.

During the course of her childhood, French Jesuit missionaries roamed Canada, hoping, as one missionary put it, “to make it a Christian Kingdom.” During Tekakwitha’s encounters with these men, known as ‘black robes’ among the Iroquois, she seems to have become enthralled by their message. And, fortunately enough for the Jesuits, she was an easy target. Due to the poor eyesight and other physical impairments she suffered as a result of the 1660 smallpox outbreak, Tekakwitha spent a lot of time pent up in her longhouse. It was here that the Jesuits plied her with tales of female saints such as Catherine of Siena, the power of their Lord in comparison to the Irqouian shamans, and His will that the meek shall inherit the earth. In 1676, at the age of 20, Tekakwitha was baptized, taking the Chrisitan name of Catherine – a namesake she sought to emulate and honor.

The Making of an Iroquoian Saint

For over a year after her baptism, Tekakwiha suffered harassment from the non-Christian members of her village. Already an outcast before her baptism due to her pockmarked features and inability to join the other women in the cornfields, she sought a new beginning in the town known as Kahnawake by the Iroquois and Sault St. Louis by the French. Established by the French Jesuits as a ‘re-education’ meant to inculcate European religion and lifeways among the Iroquois, Kahnawake became the site of Tekakwitha’s path to veneration. As Pierre Cholenec, her Jesuit confessor and hagiographer later wrote, he “wanted to transplant this flower to a better ground, where it could take root surely and be out of danger of corruption.”

Historian Nancy Shoemaker has noted that “Tekakwitha’s reputation for holiness was based entirely on her dedication to virginity and her proclivity for abusing her own body.” According to the hagiographies written of her after her death, Tekakwitha had refused to marry. On one occasion, she was even said to have “left the lodge and hid in the fields,” when she was introduced to a potential groom.

While Chrisitan tradition associated virginity with purity and holiness, a line of thinking no doubt known to Tekakwitha through the stories of Catherine of Siena, abstinence held another connotation in Iroquoian belief. While lifelong chastity was seen as strange in Iroquoian culture, periods of self-control and abstinence were thought to physically and spiritually strengthen the individual who practiced them. While the Jesuits did not allow her to take a vow of chastity until just a year before her death, Tekakwitha’s refusal to engage in sexual activity could have been intended to fortify her body and soul as well as to please the deity to which she now prayed.

Throughout her years at Kahnawake, Tekakwitha also practiced extreme asceticism often associated with the Christianity of the Middle Ages. The forms of mortification she practiced varied, but all undoubtedly painful. From standing barefoot in the snow to bathing in a river in the middle of winter, to holding hot coals between her toes, she sought to punish her body. Her mortifications proved so extreme that even the Jesuits felt she went too far – and these were men who often wrote of their desire for “blessed martyrdom.”

What the Jesuits failed to comprehend, however, was the deep psychological, sociological, and spiritual place that torture held in Iroquoian society. Through a process known as Mourning Wars, Iroquoian nations captured and adopted foreigners into their villages as a means of augmenting their populations in the face of deaths caused by war and disease. As part of the adoption ceremony, the adoptee was tortured, breaking down their old identity, before they were given the “water-of-pity” to purify themselves and accept their new identity in their adopted land. By torturing herself, Tekakwitha sought to wash away her old identity so that she may be adopted into the new society, the Chrisitan village of Kahnawake, before she could receive the baptismal waters.

After years of self-mortification, Tekakwitha’s already poor health declined even further. On April 17, 1680, she passed at the age of 24. During her life, the Jesuit missionaries applauded her fervor, but it was only in her death that they professed her true sanctity; as Allan Greer has sarcastically stated, “she was, after all, only an Indian.”

Mere days after Tekakwitha’s death, French colonists and Native American converts alike began crediting her with miraculous intercession. According to Jesuit records, she appeared to the living in visions, worked healings, and performed other types of intercession. According to Cholenec, on “the sixth day after the death of Catherine,… a virtuous person worthy of belief, being in prayer at four o’clock in the morning, she appeared to him surrounded with glory, bearing a pot full of maize, her radiant face lifted towards heaven as if in ecstasy.”

In the centuries since, Tekakwitha has become a symbol of Native American pride, especially among Catholics, in a post-colonial world.

2. Francois le Mercier, “Chapter Last: Some Circumstances Connected WIth the Arrival of the King’s Vessels Bearing the Regiment of Carignan-Salieres,” Jesuit Relations , 89, accessed via moses.creighton.edu.

12. Pierre Cholenec taken from The Life and Times of Kateri Tekakwitha, the Lily of the Mohawks, 1656-1680 , by Ellen Hardin Walworth, 306, accessed via play.google.com ..

12 Pierre Cholenec taken from The Life and Times of Kateri Tekakwitha, the Lily of the Mohawks, 1656-1680 , by Ellen Hardin Walworth, 306, accessed via play.google.com.