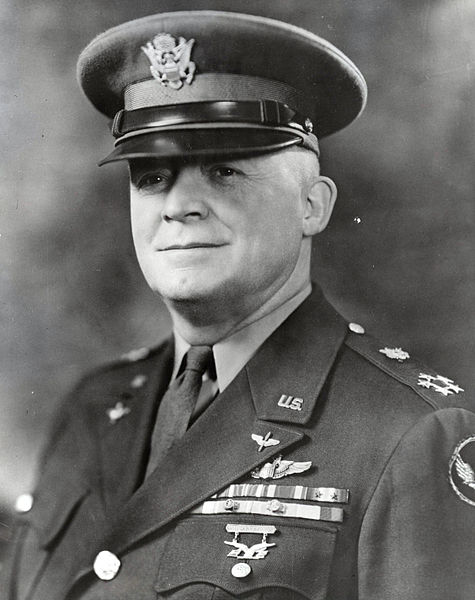 The following article is an excerpt from Bill Yenne’s book Hap Arnold: The General Who Invented the US Air Force. It is available for order now from Amazon and Barnes & Noble.

Henry Harley Arnold — known as Hap Arnold — is the founding father of of the U.S. Air Force. It is hard to find anyone—at least since the days of George Washington and John Paul Jones—who is more universally admired, even revered, within their own service than Arnold is within the U.S. Air Force.

Having been taught to fly by Wilbur and Orville Wright, Hap Arnold was one of America’s first military aviators. He grew up with U.S. Army aviation, and ultimately he became its leader. In 1938, when he became chief of the U.S. Army Air Corps, the air arm was pigeonholed into a minor role within the Army in terms of funding, prestige, and tactical doctrine. Within three years, he had turned it into the autonomous U.S. Army Air Forces, and within the next three, he turned the USAAF into the largest air force in history. At its peak in 1944, Arnold’s USAAF had nearly eighty thousand aircraft and 2.4 million men and women in uniform. He, and his personally chosen staff, successfully managed, trained, and deployed this enormous force over six continents.

Yet, beyond the mere size of the USAAF, there is the singular vision of a man who could imagine how airpower was the key to victory: the one force that could crush the industrial economies of Germany and Japan and provide the battlefield support that guaranteed victory on the ground. It was no accident but rather Arnold’s leadership that ensured the United States achieved air supremacy in 1944—and has held it in every battle America has fought ever since. Logistically, the USAAF Air Transport Command, which was Arnold’s brainchild, grew into a global “airline” with more routes than any air service up to that time.

After the war, Hap Arnold became the founding father of the modern United States Air Force. No American general or admiral of the Second World War had such a lasting impact on his branch of the armed services as Arnold had on the Air Force. He organized the Air Force, provided its doctrine of “global vigilance, reach, and power,” and gave it his example of dedicated, visionary leadership, all of which have made him one of the greatest—if under-appreciated— generals in American history.

This article is from the book Hap Arnold: The General Who Invented the US Air Force © 2013 by Bill Yenne. Please use this data for any reference citations. To order this book, please visit its online sales page at Amazon or Barnes & Noble.