Midway Class Carrier: The Behemoth of the Navy 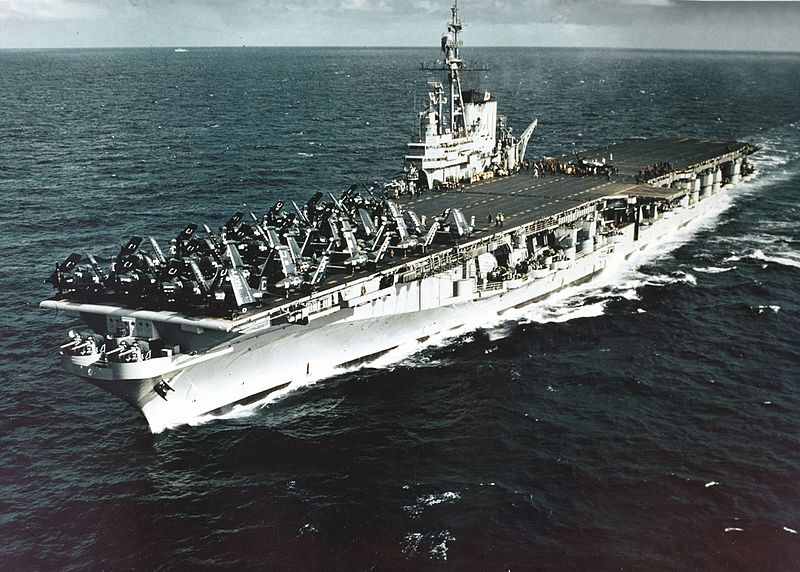 The following article on the Midway Class Carrier is an excerpt from Barrett Tillman’s book On Wave and Wing: The 100 Year Quest to Perfect the Aircraft Carrier. It is available to order now at Amazon and Barnes & Noble.

During the Second World War, the Navy evolved the concept of the “battle carrier,” bigger and more capable than the Essex class. Of six CVBs planned, three were ordered, with Midway (CV-41) and Franklin D. Roosevelt (CV-42) commissioned immediately after V-J Day, followed by Coral Sea (CVB-43) two years later.

The Midway-class aircraft carrier acted as one of the longest-serving aircraft carrier designs in U.S. naval history. The USS Midway was first commissioned in late 1945 and was not decommissioned until 1992, serving its final tour of duty in Desert Storm. Few ships saw as much change in warfare as her.

The Midway Class carriers were transitional ships. Originally displacing forty-five thousand tons, they were envisioned as embarking more than 120 aircraft. The concept proved unworkable, however, and in fact undesirable. Early experience demonstrated the difficulty of operating so many planes with four squadrons of Corsairs (sixty-three F4Us) and Helldivers (fifty-three SB2Cs). Because of their size, the CVBs were better equipped for operating jets and larger piston aircraft simultaneously. Midway, for instance, briefly flew twin-jet McDonnell FH-1s in 1949 but retained piston-engine fighters until 1950.

The three ships were assigned to the Atlantic Fleet for much of their careers, tentatively opposing the Soviet threat. Midway and Coral Sea served into the 1990s, with Midway becoming a museum ship in San Diego. The hard-used FDR (uncharitably called “Filthy Dirty Rusty” late in her career) was sold in 1977.

This article on the Midway Class Carrier is an excerpt from Barrett Tillman’s book On Wave and Wing: The 100 Year Quest to Perfect the Aircraft Carrier. It is available to order now at Amazon and Barnes & Noble.