Mongol Women and their Social Roles

History » The Mongols » Mongol Women and their Social Roles 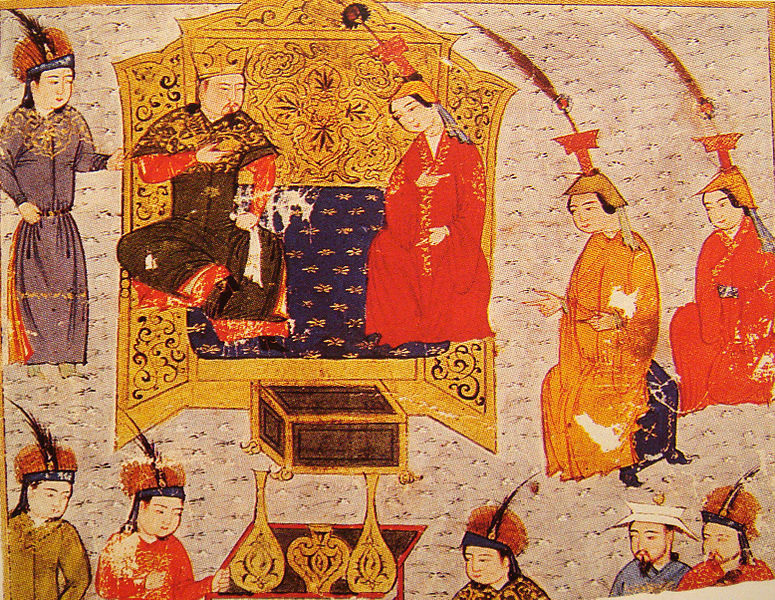 In Mongol society, men were dominant. The society was patriarchal and patrilineal. However, Mongol women had far more freedom and power than women in other patriarchal cultures such as Persia and China. While the Chinese were binding women’s feet, Mongol women were riding horseback, fighting in battles, tending their herds and influencing their men on important decisions for the Mongolian Empire.

Still, while women were highly valued participants in Mongol society, they still held less rank than their fathers, husbands and brothers. Work was divided between men and women; the men handled the herds and went to battle, and women raised the gers, made the clothes, milked the animals, made cheese and cooked the food. Men and women raised their children together. Children of the Mongols did not attend a school; rather they learned from their families the roles and work of men and women. Mongol children had toys and played games, much as children of any culture.

Marriages were usually arranged between families, with goods traded between the families as bride prices and dowries. Occasionally, a woman was stolen from one tribe by a man from another; Genghis’s father Yesugei, for example, stole his mother Hoelun from another tribe. Stealing women was not done often as it could lead to a blood feud between the tribes. Men could practice polygamy, marrying more than one woman. Each wife and her children had their own ger. Usually the entire family got along well. The first wife was considered the legal wife, although these distinctions didn’t matter much except in terms of inheritance. The children of the first wife would inherit more than the children from other wives.

Married women wore headdresses to distinguish themselves from unmarried women. These headdresses could be quite elaborate, as all Mongols loved hats and headgear. Women remained loyal to their husbands and didn’t often remarry if her husband died. A widow inherited the property of her dead husband and became head of the family.

A good illustration of this, and of the power of women to influence Mongol history and culture was Sorkhaqtani, wife of Genghis’s son Tolui. Sorkhaqtani had been an advisor to another of Genghis’ sons, Ogodai, when he was khan. When Tolui died, she became the head of her household of sons, including Mongke, Kublai, Hulagu and Ariq Boke, who all became khans in their time. She insisted they all become educated and learned in the languages they would need to know as leaders of an empire. After Ogodai’s death, Sorkhaqtani kept the empire together by diplomatic means while Guyuk was khan. After his death, her son Mongke became Great Khan.

Sorkhaqtani’s work for the empire included opening trade, instituting intellectual exchanges throughout the empire, emphasizing freedom of religion and advising that conquered people should not be dangerously exploited.

For more information on Mongol women and other counter-intuitive facts of ancient and medieval history, see Anthony Esolen’s The Politically Incorrect Guide to Western Civilization © 2008. You can find it at Amazon or Barnes & Noble. 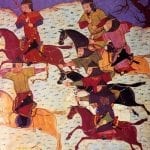