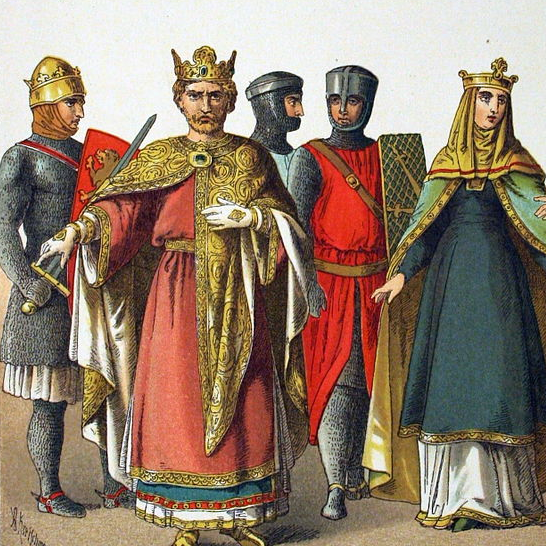 The Normans that invaded England in 1066 came from Normandy in Northern France. However, they were originally Vikings from Scandinavia. From the eighth century Vikings terrorized continental European coastlines with raids and plundering. The proto-Normans instead settled their conquests and cultivated land. Over time they assimilated into medieval European society, abandoned paganism, and upheld conventional Christian norms.

At the beginning of the tenth century, the French King, Charles the Simple, had given some land in the North of France to a Viking chief named Rollo. He hoped that by giving the Vikings their own land in France they would stop attacking French realms. From there they would cultivate land, join the feudal economy, and be a source of manpower the king in times of warfare.

The land became known as Northmannia, the land of the Northmen. It was later shortened to Normandy. The Vikings intermarried with the French and by the year 1000, they were no longer Viking pagans, but French-speaking Christians.

They still held to their Viking enthusiasm of conquest abroad, however. In the year 1030 a group of Normans conquered land in Italy. By 1099 they had taken over most of Southern Italy.

Although the Normans are best remembered for their military achievements—particularly in the Crusades—they also showed remarkable skill in government, especially in Italy.

The Normans established many schools, monasteries, cathedrals and churches in both Italy and England and after conquering England built many castles to defend their new land.

Good sources for history of the Normans include the buildings, many of which survive to today, writings of the men of the time, and the Bayeaux Tapestry, which shows the Norman invasion and conquest of England.

Art of the Normans: They Bayeux Tapestry

The Bayeux Tapestry is a piece of embroidery measuring approximately 231 feet by 20 inches. Worked in colored wool on bleached linen, it tells of William of Normandy’s rightful claim to the English throne and his subsequent invasion and conquest of England in 1066. The style of the stitching indicates that the Tapestry was made in England.

History has recorded that the Bayeux Tapestry, was probably commissioned of the Embroiderer’s Guild by William the Conqueror’s brother, Bishop Odo of Bayeux, to celebrate the Norman conquest of England in 1066.

More recently, embroidery students have argued that the Bayeux Tapestry is an amateur piece of work that was in fact stitched by the ladies of the court of the Normans.

Read the evidence below and decide for yourself.

The Embroiderer’s Guild made the Bayeux Tapestry

Odo of Bayeux (left) is shown with his brothers. William (centre) and Robert (right)

The Ladies of the Court made the Bayeux Tapestry

Detail from the Bayeux Tapestry showing how blocks of wool have been laid onto the linen and stitched in place.

William, the illegitimate son of Robert, Duke of Normandy, was born at Falaise Castle, Normandy, in 1027 or 1028. He was known as William the Bastard.

When his father died in 1035, William was named as his successor.

By the time that he was twenty-seven, he had earned himself a good reputation as a strong leader. He defended Normandy well from repeated attacks by the French and was feared as a military leader.

William was a distant cousin of the English King Edward the Confessor and claimed that Edward, who had no children, had promised him the throne of England. He also claimed that when Harold Godwineson had been shipwrecked off Normandy, he had sworn to support his claim.

When Harold Godwineson was crowned King of England, William, with the approval of the Pope, began planning an invasion to take what was rightfully his.

Harold was born around 1020, to one of the richest men in England, Earl Godwin. After his father’s death he became a loyal supporter of Edward the Confessor and married the daughter of the Earl of Mercia.

Harold claimed that when his ship had been blown into Norman waters, he had been taken prisoner and had been forced to support William’s claim to secure his release. He also claimed that Edward promised him the throne on his deathbed and that he was the rightful King of England.

The Events Leading to the Norman Conquest of 1066

Harald Hardrada, King of Norway, like William of Normandy, believed that the English throne should be his, not Harold Godwineson’s.

Edward the Confessor, who had died childless in January 1066, had seized the English throne back from the Norwegian Harthacnut in 1042. Harthacnut was the son of the Viking King Cnut who had ruled England from 1016 – 1035.

Hardrada claimed that Harthacnut had promised the English throne to King Magnus of Norway. Magnus was an old King and had chosen not fight Edward the Confessor for the throne. Harald Hardrada succeeded King Magnus to the throne of Norway and when Edward the Confessor died he decided to take the English throne for himself. Hardrada began planning his invasion. 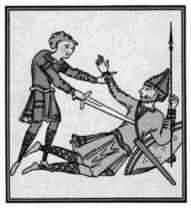 Harald Hardrada, with a fleet of more than 300 ships, and the support of Harold Godwineson’s brother Tostig, sailed up the river Humber and landed just south of York. Two powerful Earls in the north, Edwin and Morcar, hurriedly mustered an army. They were heavily beaten by the invaders.

Harold Godwineson knew that if Hardrada were to be defeated he had to take his army north to fight him off. However, Harold was also aware that William of Normandy’s invasion force was ready and would sail as soon as the wind changed. If he marched north he would have to leave the south coast unprotected and his army would be forced to march hundreds of miles north, fight a battle, then march back to the south coast and the possibility of another battle.

Godwineson decided to march north and fight off the Norwegians. He believed that he could reach the north, defeat the Norwegians and return back south before the wind changed. After a rapid march north, Godwineson’s army caught the Norwegians by surprise at Stamford Bridge. The result was a firm victory for the English.

Both Harald and Godwineson’s brother, Tostig were dead as were hundreds of Norwegian soldiers. Godwineson ordered a huge banquet to be held at York to celebrate the victory. However, the celebrations were cut short when news reached Godwineson that William of Normandy had landed on the South Coast.

Wreck of the White Ship – Britannia

"The Normans: Overview of the Conquerors of England" History on the Net
© 2000-2022, Salem Media.
May 23, 2022 <https://www.historyonthenet.com/normans-overview-conquerors-england>
More Citation Information.
Loading...
Loading... 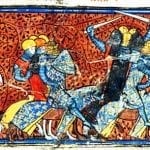 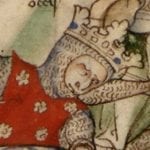 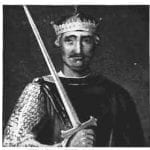