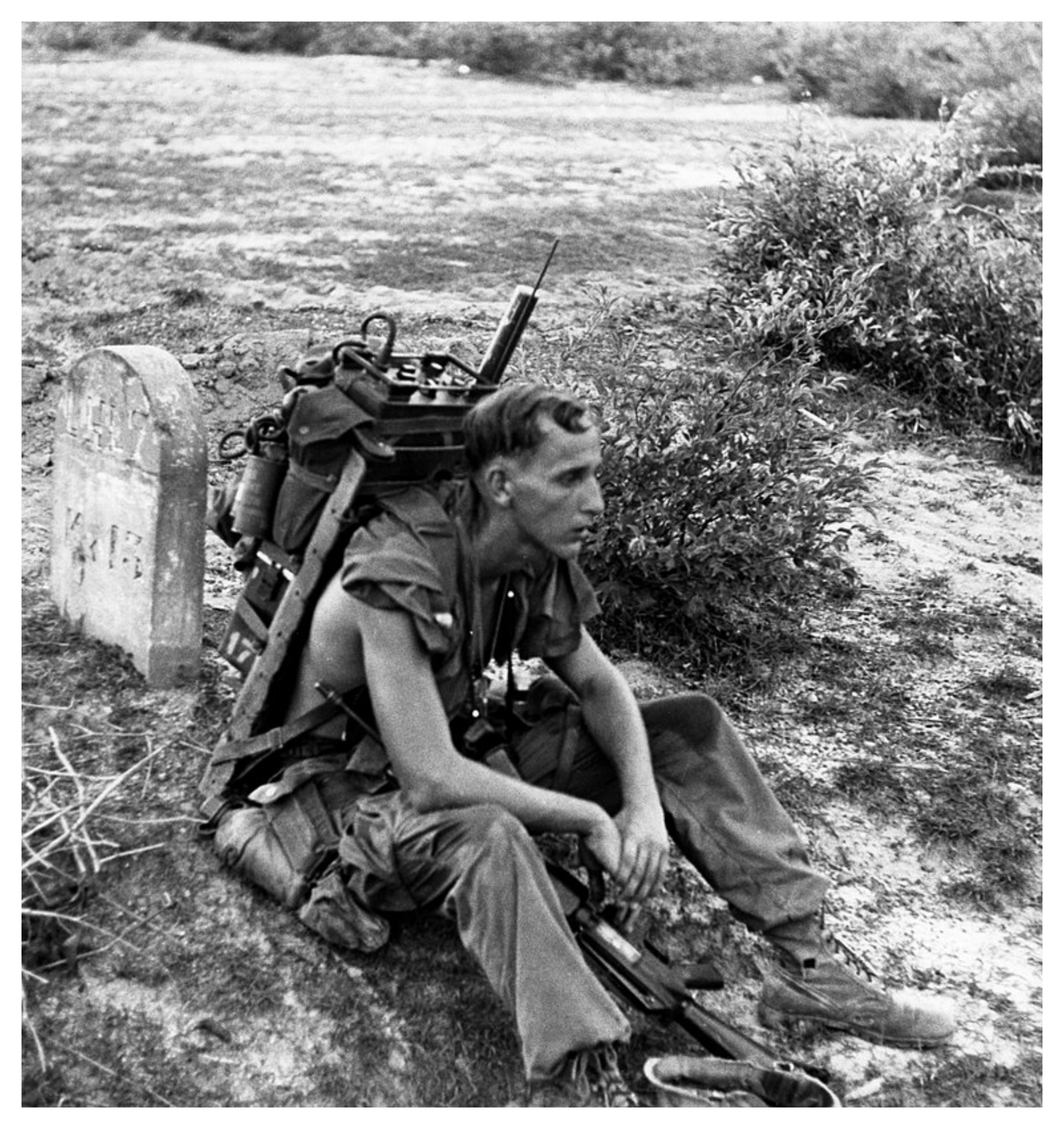 Operation Beaver Cage was a bloody, but often forgotten conflict held during the Vietnam war. It was a U.S. Marine Corps operation in the Que Son Valley that took place from 28 April through to 12 May 1967.

The operation was formed on Okinawa on 1 March 1967 under the command of Colonel James A. Gallo, Jr. Both the helicopter squadron and the battalion had just finished rehabilitation periods on Okinawa and were at full strength. Operation Beaver Cage was the rich and populous Que Son Valley, 25 miles south of Da Nang, important to the Communists as a source of both food and manpower. Beaver Cage started at 7am on the 28th of April as the first heliborne elements of BLT 1 / 3 touched down. For the next four days, heat caused more casualties than the enemy as operations continued against negligible opposition.

Moving to a more promising operational area five miles to the north the BLT made its first significant contact on 2 May. An enemy force, at least a platoon, attacked Company C as it dug in for the night. After dark, USAF AC-47 ‘Puff the Dragon’ gun-ships and ‘Spooky’ flare planes, Marine artillery, and the BLT’s own supporting arms pounded the suspected Communist positions. The enemy fled.

The next morning the battalion resumed its sweeping operations. The enemy did not react until 5 May. That night the VC struck back, hitting the BLT headquarters and support elements with mortar and small arms fire as they evacuated a landing zone. The Headquarters and Service Company troops and the attached Marines of 4.2-inch Mortar Battery, 1st Battalion, 12th Marines, repulsed the Communists. Despite the intensity of the attack and reduced visibility caused by oncoming darkness, Lieutenant Colonel Kirby’s helicopters successfully extracted 200 men and more than 1 and one-half tons of ammunition without loss.

To the north, while BLT 1 / 3 conducted Beaver Cage, the 5th Marines engaged in Operation Union I. On 9 May the Beaver Cage scheme of maneuver reoriented to include an eastward sweep toward the coast coordinated with the 1st Battalion, 5th Marines on the BLT’s right. In this manner, the final stage of Beaver Cage became a part of the Union I plan, although the BLT designed its maneuver to place it in position for an amphibious withdrawal.  During the last week of the operation, 6-12 May, the BLT endured continuous mortar attacks and sniper fire.

On 10 May, as the eastward sweep continued, Companies B and C engaged in a day-long action with a sizable VC force.

According to Gary Teller, who wrote the book, “U.S. Marines In Vietnam”, the operation concluded on 12 May, Marine losses were 55 dead and 151 wounded, while VC losses were 181 killed and 66 captured.