Stanislav Petrov: The Man Who Saved The World 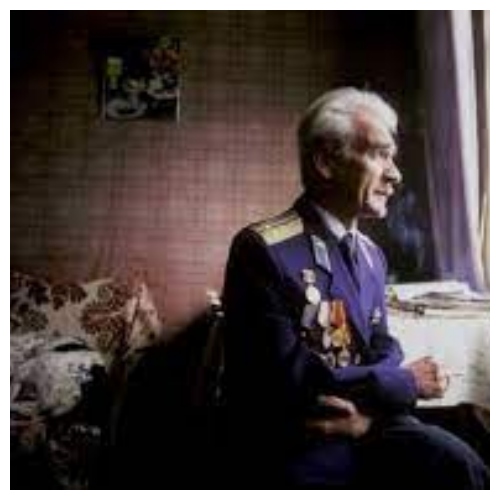 He was not supposed to be on duty that night and would never have been “the right man in the right place” as he later claimed if the officer scheduled for that shift had not called in sick. On such small things have turned so many of history’s greatest events. And so Stanislav Yevgrafovich Petrov, a 44-year-old lieutenant colonel in the Soviet Air Defense Forces found himself the Duty Officer at the command center for the nation’s nuclear early-warning system the night on the night of September 26th, 1983 when that system told him his worst nightmare was coming true.

World War Two was barely a week old when Petrov was born on September 7th, 1939 near Vladivostok, Russia’s only Pacific port. Young Stanislav grew up with the sensibilities of an artist and had been a reluctant soldier. Forced to enlist as a teenager by abusive parents eager to be rid of him, he proved a better engineer than a soldier and was enrolled at the Soviet Air Force’s technical college. On graduation, Petrov was transferred to the research facility overseeing the development of the country’s brand new satellite anti-ballistic missile warning system during the 1970s.

“We built the system to rule out the possibility of false alarms,” Petrov claimed in 2015, but he knew it had been rushed into service, describing it as “raw.” This inside knowledge would prove critical. Equally crucial, Petrov hadn’t come up through the ranks of the brutally-rigid Soviet military, where critical thinking is beaten out of recruits from Day One, replaced by immediate, unquestioned adherence to orders/procedures.

Moments past 13:00 hours on the 26th, the system lit up like a Christmas tree. Warning alarms shattered the quiet in the control room. A missile had been launched from somewhere in the United States and was soon followed by four more! Russia was under attack! It was Petrov’s job to confirm that the attack was real and alert his superiors. Right away he had doubts. He’d been trained to expect an all-out surprise first strike from the United States. Five missiles hardly amounted to an all-out attack. “I had a funny feeling in my gut,” Petrov would recall. “When people start a war, they don’t start it with only five missiles…” What’s more, ground radar operators could not detect the heat blooms of these missiles being launched.

Believing the alert to be a false alarm and fearing his superiors might launch a retaliatory strike before this could be confirmed. Petrov broke protocol and did the unthinkable – nothing. For eight minutes he waited to confirm the attack was real, knowing that if it was, it would be too late to strike back. A career soldier wouldn’t have hesitated for a second to alert his superiors but Petrov had humanity and/or the strength of character to just say no.

“I thought the chances were 50-50 the warnings were real but I didn’t want to be the one responsible for starting a third world war.”

The ‘attack’ was indeed a false alarm. An official inquiry would determine that the allegedly foolproof system had mistakenly identified sunlight bouncing off clouds as ICBM’s. Really. Petrov was astounded. “Can you imagine? It was as though a child had been playing with a vanity mirror, throwing around the sun.” But those eight minutes would define the rest of his life.

Although vindicated, Petrov nevertheless was put under the microscope by anxious superiors worried about his independent judgment. No medals were pinned to his chest because the flaws in the system exposed by the incident meant that if he had been officially rewarded, those responsible for the flaws would have had to be punished. In the end, an inquiry reprimanded him only for not keeping better notes during the crisis. He was reassigned to a less sensitive post, but suffered a nervous breakdown and took early retirement.

In 2014, The film The Man Who Saved the World brought the nail-biting details of that fateful night to life, making Petrov an overnight celebrity. He received numerous international humanitarian awards until his death from pneumonia in 2017. Most poignantly, however, on September 26th, 2018, 35 years to the day after the incident, Petrov was posthumously honored by the United Nations with the Future of Life Award, his daughter Yelena accepting the award on his behalf.

Stanislav Petrov never claimed to be a hero, forever insisting; “I was simply doing my job, and I was the right person at the right time, that’s all.” He died haunted by the prospect of human error in handling nuclear weapons, telling a TIME reporter; “One way or another, you still need a person to order a launch of one of these weapons, and a person can always make a mistake.”

“We Will Bury You”: How Khrushchev Almost Inadvertently Started a Nuclear War