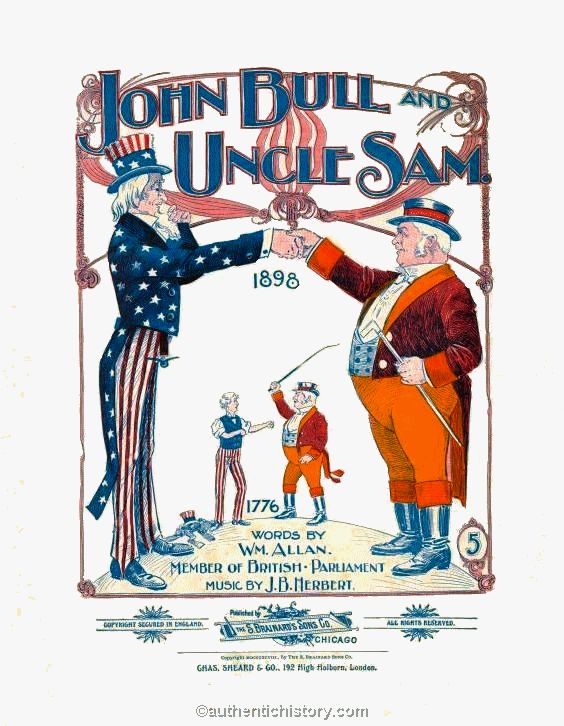 The Great Rapprochement describes a fundamental shift in the relationship between Great Britain and the United States in the late Nineteenth Century. In general, the social and political objectives of the two nations converged, while both recognized their shared history and democratic institutions. Significant changes in the both countries made the Great Rapprochement mutually beneficial as well. Great Britain came to value the United States as a democratic ally at a time when the balance of power in Europe was impacted by the rise of autocracies in Russia and Germany. The relationship would become even more important as the Boar Wars revealed the overextension of British power, and the Boxer Rebellion in China threatened to further complicate the balance of power in Europe.

Changes in the United States also made the new relationship possible. The United States emerged from the Civil War as an industrial nation. As a result of the Spanish-American War, the nation became an imperial power, with new possessions in the Caribbean and the Pacific, and centuries of Anglophobia declined. As the United States began to experience difficulties governing her new “possessions,” American cartoonists made the connection between Uncle Sam’s problems and John Bull’s problems in South Africa.

Essentially, in a complex world of rising and declining powers, the two nations put aside their troubled history and instead came to appreciate their common goals and interests. Both nations had both male and female caricatures. Great Britain has John Bull and Brittania, while the United States was represented by Uncle Sam and Columbia. Images of rapprochement often used these caricatures.

During the Boxer Uprising in China (1898-1901), the United States and Great Britain were both members of the Eight-Nation Alliance (along with Austria-Hungary, France, Germany, Italy, Japan, and Russia). The Allies eventually defeated the Boxers and the Imperial Chinese Army and then looted Beijing.

The Second Boer War (1899-1902) was a costly victory for the British Boer forces in South Africa. Awareness of the conflict among the people of the United States is evidenced in American popular culture. A Spanish-American War song, “Good-Bye, Dolly Gray,” was revived and became a much bigger hit than it had been just two years before. It was again a hit when it was recorded several times as American boys went off to fight World War I in 1917.