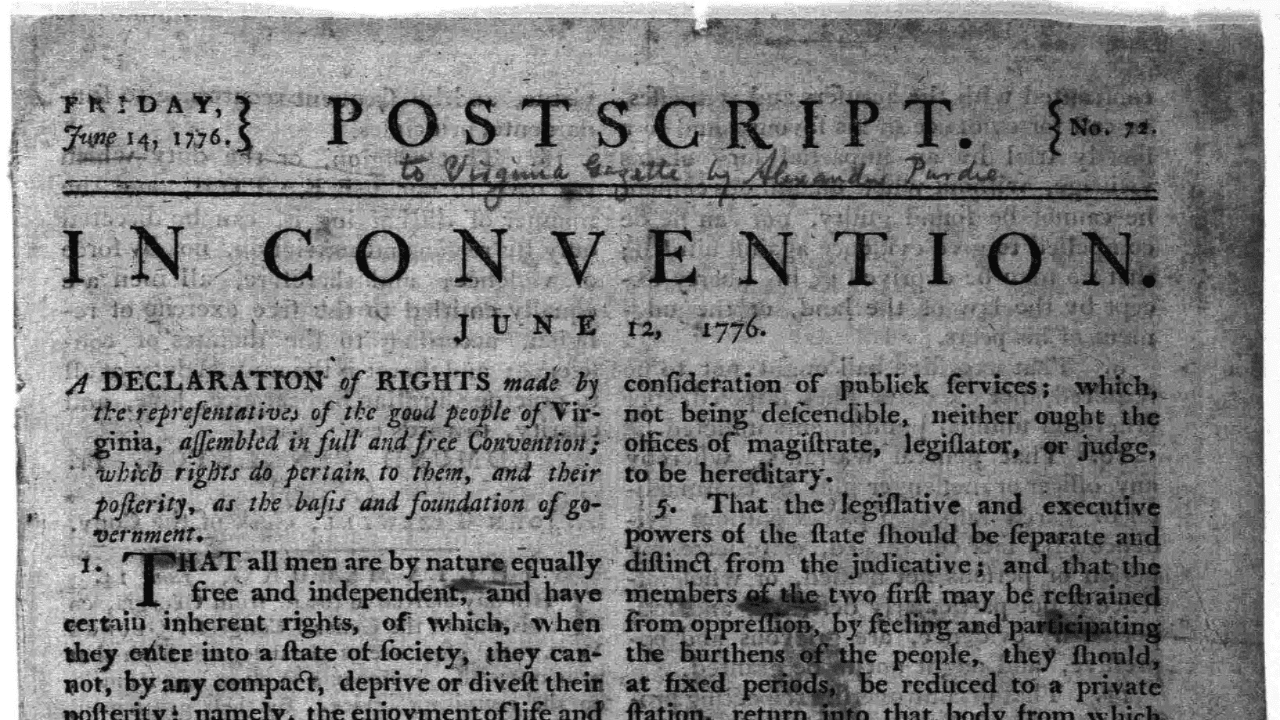 The Virginia Declaration of Rights is a document drafted in 1776 to proclaim the inherent rights of men, including the right to reform or abolish “inadequate” government.

Mason returned to Virginia after voting against the final draft of the Constitution and quickly issued an explanation, later published in news-papers and in a handbill under the title Objections to the Federal Constitution, as to why he declined to sign the document. “There is no declaration of rights,” he said, “and, the laws of the general government being paramount to the laws and constitutions of the several states, the declarations of rights in the separate states are no security.” He feared the strength of the judicial power—“The judiciary of the United States is so constructed and extended as to absorb and destroy the judiciaries of the several states”—the powers of the executive branch, namely the power to make treaties and the “unrestrained power of granting pardon for treason,” and reasoned that the five Southern states would be subjected to commercial and economic abuse by the eight states of the North and East, “whose produce and circumstances are totally different” from the South. He closed by prognosticating that “this government will commence in a moderate aristocracy: it is at present impossible to foresee whether it will, in its operation, produce a monarchy or a corrupt oppressive aristocracy, “but he assumed it would “terminate in one or the other.”