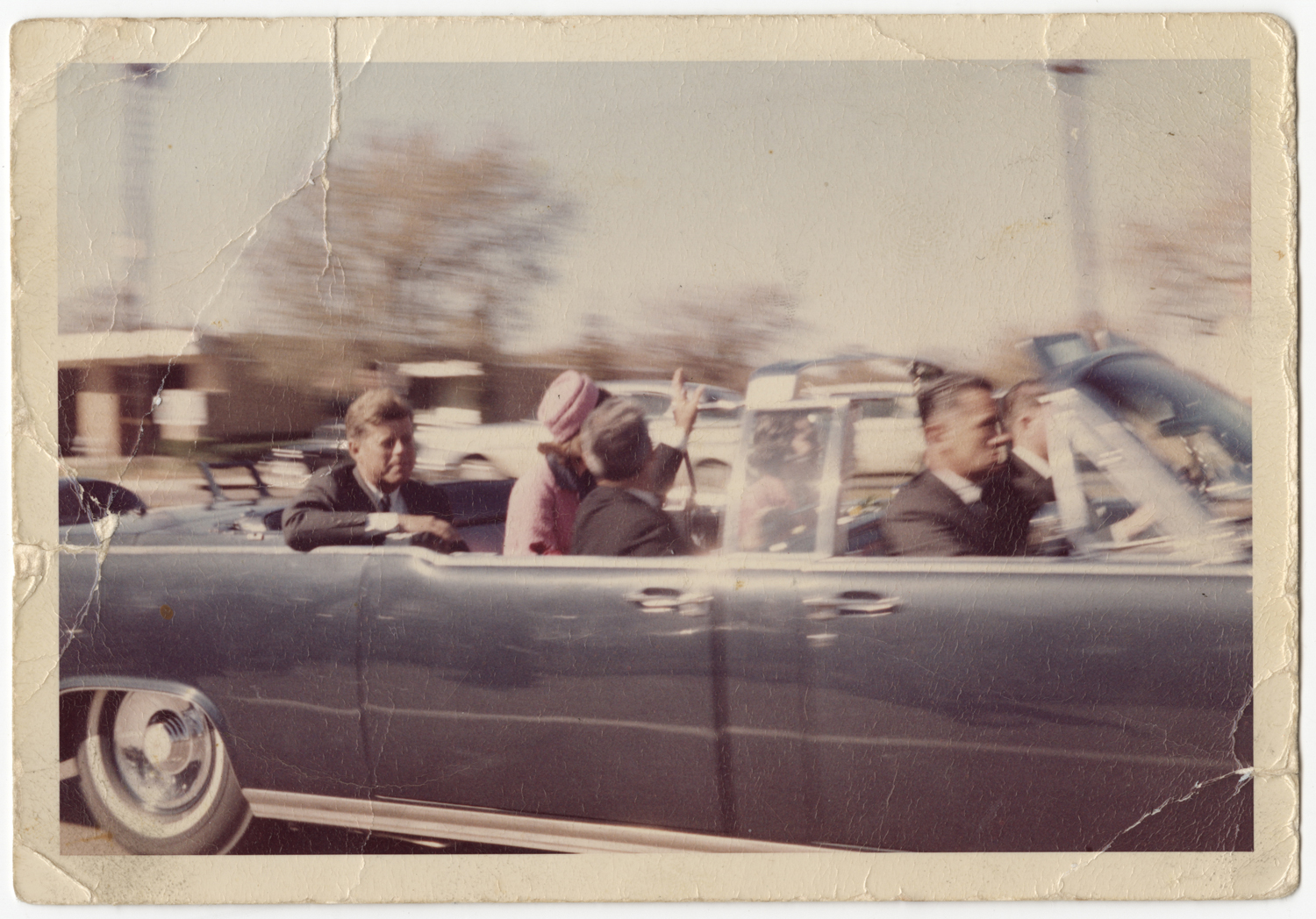 The following article on what happened on November 22, 1963 is an excerpt from Mel Ayton’s Hunting the President: Threats, Plots, and Assassination Attempts—From FDR to Obama. It is available for order now from Amazon and Barnes & Noble.

President Kennedy was assassinated during his Dallas trip when Lee Harvey Oswald fired three shots from a sixth-floor window of the Texas School Book Depository. John David Ready had been part of Kennedy’s Secret Service detail that day and was assigned to the right front running board of the presidential follow-up car. Ready, whose job was to observe the crowds and buildings, said, “I heard what appeared to be fire crackers going off from my position.” The vast majority of ear-witnesses heard three shots; many of them believed they were firecrackers.

Although the HSCA believed that the agents’ conduct was “without firm direction and evidenced a lack of preparedness,” they did conclude that many agents “reacted in a positive, protective manner.” The Committee praised Agent Clint Hill, who was in the presidential follow-up car, for having “reacted almost instantaneously” when the shots rang out in Dealey Plaza. It also singled out Agent Lem Johns, who left Vice President Johnson’s follow-up car in an effort to reach the vice president’s limousine, for praise. The committee also noted that “other agents were beginning to react approximately 1.6 seconds after the first shot.” But if agents had been standing on the right rear step, they would have blocked Oswald’s sight on Kennedy.

Arguably, blame for the poor protection afforded the president can be shared. According to author Ronald Kessler, who interviewed a number of agents who had been on Kennedy’s detail, JFK’s recklessness eventually contributed to his death. “Despite warnings of violence in Dallas,” Kessler wrote, “he refused to let Secret Service agents ride on the rear running board of his limousine in the motorcade on November 22, 1963. Since the ‘kill shot’ to the president’s head came 4.9 seconds after the first shot that hit him, Secret Service agents would have had a chance to protect him.” Kessler cited Secret Service director Lewis Merletti, who confirmed the theory. “An analysis of the ensuing assassination,” Merletti said, “including the trajectory of the bullets which struck the president, indicates that it might have been thwarted had agents been stationed on the car’s running boards.”

This article on what happened on November 22, 1963 is from Mel Ayton’s Hunting the President: Threats, Plots, and Assassination Attempts—From FDR to Obama.. Please use this data for any reference citations. To order this book, please visit its online sales page at Amazon or Barnes & Noble.