Mengele was not the head physician at Auschwitz, but he was part of a team of doctors that had to select which people were suitable for work and which had to be gassed right away. With so many subjects to experiment on, he grabbed the opportunity to continue his previous research on genetics. He was particularly interested in twins as twin research was seen at the time to be the ideal way to determine how the environment or human heredity influence the human body. Most of his subjects were children, and he would reportedly do blood transfusions from the one twin to the other, do amputations and try to sew it onto the other twin, stitch two twins together to form Siamese twins, infect one twin with typhus or another disease and many other experiments. More often than not, the twins died during the procedures or he would have them killed afterwards so he can do an autopsy. If one twin died from a disease, he would often kill the other as well to mark the differences between the sick and healthy subjects.

Mengele was also very interested in heterochromia, where people have irisis of different colors and he would collect eyes and bodyparts of his victims and send it through for research. He would also inject chemicals in victims’ eyes to attempt to change their eye color. Other subjects of interests included dwarfs, people with deformities and he also documented a disease that broke out in camp, Noma. He also experimented on pregnant women before sending them off to the gas chambers (they were not fit for work, after all) and caused incestuous pregnancies, which he researched. He tried sex change operations, removing organs and operating on victims without anaesthesia. He also tried to prove that Jewish and Gypsy people were genetically inferior through several experiments. The Mengele experiments were all done in secrecy but most of the information we have today are because of the accounts of Dr. Miklos Nyiszli, a prisoner-physician who was forced to assist Mengele.

"What Were the Josef Mengele Experiments?" History on the Net
© 2000-2022, Salem Media.
May 18, 2022 <https://www.historyonthenet.com/what-were-the-josef-mengele-experiments>
More Citation Information.
Loading...
Loading... 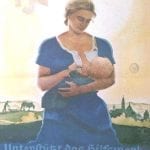