Why Did the League of Nations Fail?

History » History Trivia » Why Did the League of Nations Fail? 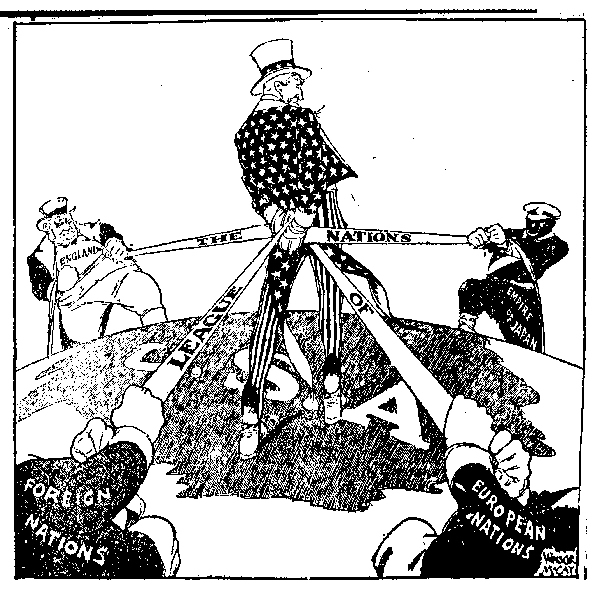 Why did the League of Nations fail?

The League of Nations was the first intergovernmental organization that was established after World War 1 in order to try and maintain peace. It was headquartered in Geneva, Switzerland and designed to be a forum for handling international disputes before they flared up into military action and caused domino effects that pulled ally nations into the conflict (as had happened with the Great War). Unfortunately, the League failed miserably in its intended goal: to prevent another world war from happening (WW2 broke out only two decades later). The idea was for the League of Nations to prevent wars through disarmament, collective security, and negotiation. It was also involved in other issues such as drug trafficking, arms trade, and global health. Although the League disbanded during WW2, it was replaced with the United Nations, which is still going strong today.

Weaknesses of the League of Nations

The League of Nations had several integral weaknesses that finally led to its demise.

Despite its failure to prevent a second world war, the League of Nations impacted future international institutions by providing a framework for what does and does not work in such diplomatic organizations. The League of Nations was formed according to President Woodrow Wilson in his Fourteen Points, which designated a “general association of nations…formed under specific covenants for the purpose of affording mutual guarantees of political independence and territorial integrity to great and small states alike.”

However, there was no regulation or enforcement mechanism for this point. Future organizations remedied this flaw by having more institutional strength, as the United Nations did. But in the creation of the League of Nations, Wilson did promote the opinion of statesmen and diplomats that a new sort of standing international organization that promoted global cooperation and security should be formed. Many supported this move after World War One, with Europe’s economies decimated and its population shattered after years of terrible warfare.