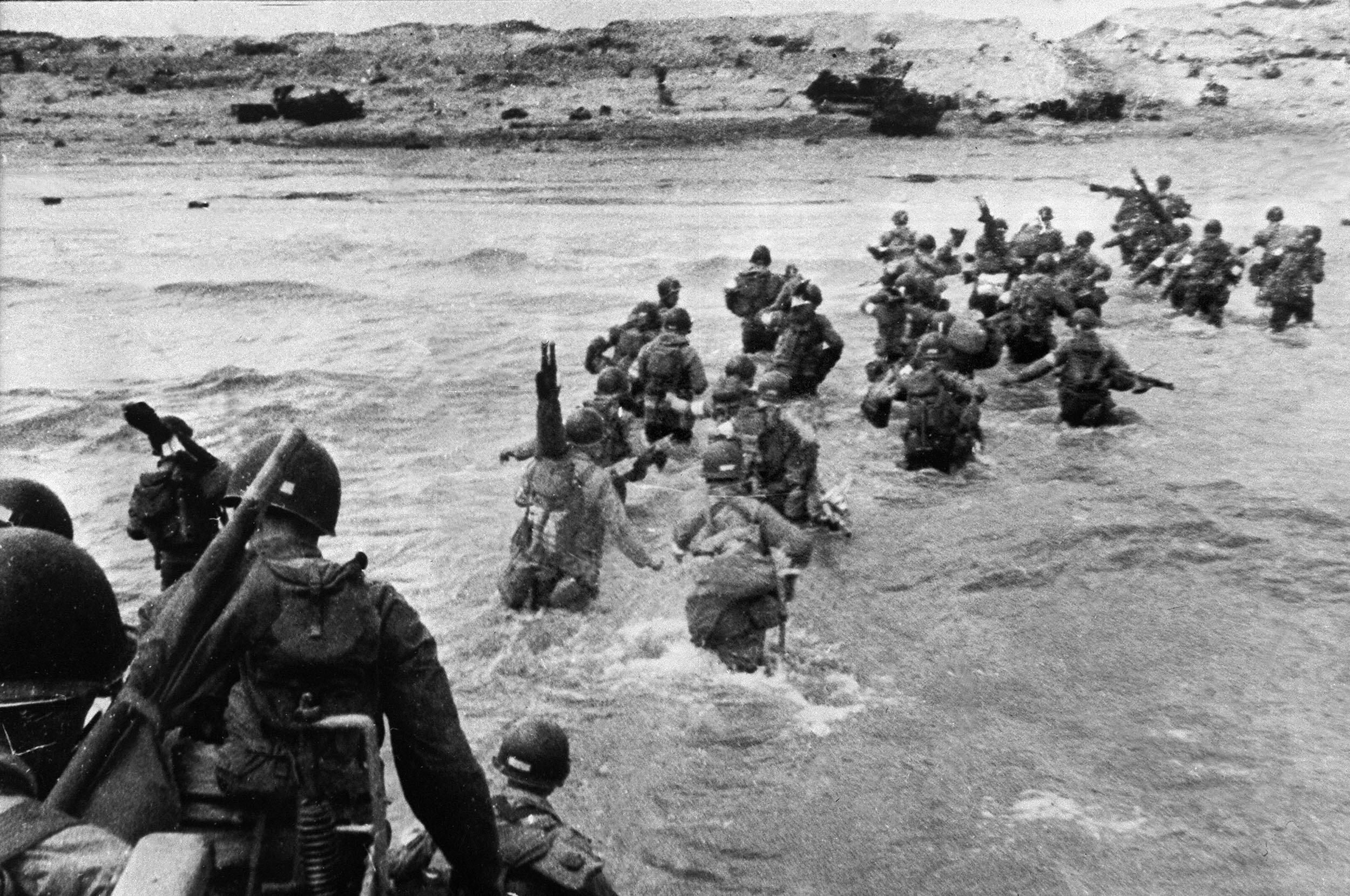 On this site, you can find links to our pages and categories featuring everything you’d like to know about World War 2.

Below are the main categories of topics that you can find to learn more.

Adolph Hitler, German politician, leader of the Nazi Party, and by near-universal accounts the most monstrous and terrifying leader in the twentieth century, led his nation into a disastrous war and triggered the extermination of millions of his own citizens due to his anti-Semitic ideology.

This page features a comprehensive resource on Adolph Hitler’s background, beliefs, religious ideology, and explanations of his rise to power.

The Army Air Corps were the U.S. military service dedicated to aerial warfare between 1926 and 1941. It coalesced as aviation evolved from a component of ground-based infantry tactics into its own branch of the military. It became the United States Army Air Forces (USAAF) on June 20, 1941 to signify greater autonomy from the Army’s command structure. It remained as a combat arm of the Army until 1947, when the Department of the Air Force was established.

On June 6, as Operation Overlord went forward, roughly 160,000 Allied troops crossed the English Channel, supported by seven thousand ships and boats, and landed on the coast of Normandy.The seaborne invasion included nearly 5,000 landing and assault craft, 289 escort vessels, and 277 minesweepers. They established a beachhead from which the Germans were unable to dislodge them. Within ten days, there were half a million troops ashore, and within three weeks there were two million.

Famed World War Two general George S. Patton commanded the U.S. Seventh Army in the Mediterranean and European theaters of World War II. General Patton is best known for leading the U.S. Third Army in France and Germany in the wake of the Allied invasion of Normandy in June 1944.

This article contains stories, quotes, timelines, and other pieces of information on one of the most competent and flamboyant generals in American military history.

Nazi Germany is a reference for the twelve-year period in German history (1933-1945) during the totalitarian dictatorship of Adolf Hitler through the Nazi Party, which was founded in 1919 as the German Workers’ Party. The group grew in retaliation to the terms of the Treaty of Versailles and promoted German pride and anti-Semitism, two traits that infused Nazi Germany.

The attack on Pearl Harbor ranks as the most successful military surprise attack in the early years of combined naval/aerial combat. On December 7, 1941 the Imperial Japanese Navy Air Service struck the United States naval base at Pearl Harbor, Hawaii Territory. The attack directly led to the United States’ entrance into World War Two. Japan quickly followed up the attack with the invasion of numerous Pacific Islands. They held them through several years of gruesome fighting.

The Tuskegee Airmen were the first all-black military pilot group who fought in World War Two. The pilots formed the 332nd Fighter Group and the 477th Bombardment Group of the United States Army Air Forces. They were active from 1941 to 1946. There were 932 pilots who graduated from the program. Among these, 355 served in active duty during World War Two as fighter pilots.

Winston Churchill (1874 – 1965) was a British politician, army officer, writer, and Prime Minister of the United Kingdom from 1940 to 1945, famous for his rousing speeches to strengthen England at the lowest point of World War Two. He was prime minister again for the Conservative Party from 1951 to 1955. Overall, he is the most dominant figure in twentieth-century British politics.

In the U.S. Army, an infantry regiment was composed of three battalions, each with three rifle companies, a headquarters company, and a heavy weapons company. In early 1944 personnel strength was typically 150 officers and three thousand men. An airborne regiment consisted of 115 officers and 1,950 men. By 1944 U.S. armored divisions had three tank battalions rather than the previous two regiments. An armored battalion typically possessed forty officers and seven hundred men, with fifty-three Sherman medium tanks and seventeen Stuart light tanks.

Naval warfare has never been fought on the scale it was during World War Two in all of human history. This article features a comprehensive history of WW2 navies, including the types of Axis and Allied ships that appeared in battle, the major naval battles in the Atlantic and Pacific.

WW2 aircraft incorporated the revolution in avionics occurring in the early 20th century. They were also critical for Allied victory.

This article is a comprehensive list of World War 2 facts, including the primary actors in the war, causes, a comprehensive timeline, and bibliography. Scroll down to learn more.