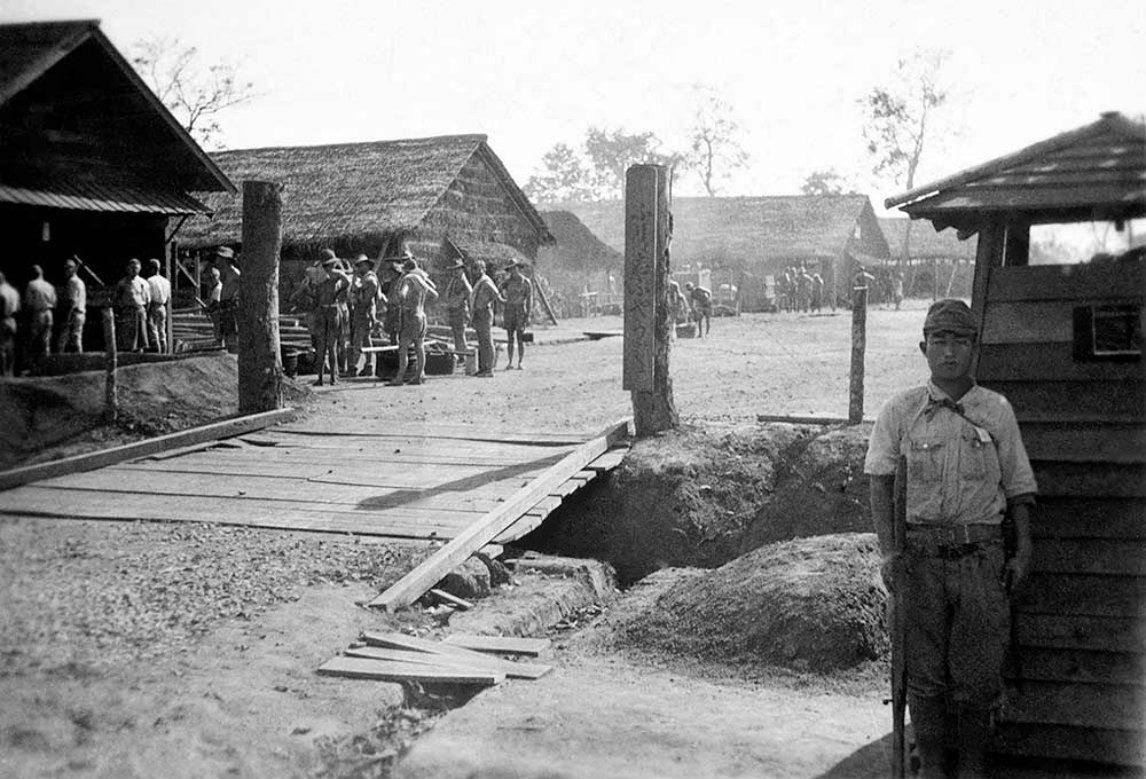 The following article on Japanese POW camps is an excerpt from Warren Kozak’s Curtis LeMay: Strategist and Tactician. It is available for order now from Amazon and Barnes & Noble.

There were more than 140,000 white prisoners in Japanese POW camps. Of these, one in three died from starvation, work, punishments or from diseases for which there were no medicines to treat.

Prisoners of the Japanese found themselves in camps in Japan, Taiwan, Singapore and other Japanese-occupied countries. Prisoner of war camps in Japan housed both capture military personnel and civilians who had been in the East before the outbreak of war.

The terms of the Geneva Convention were ignored by the Japanese who made up rules and inflicted punishments at the whim of the Camp Commandant.

Camps were encircled with barbed wire or high wooden fencing and those who attempted escape would be executed in front of other prisoners. In some camps the Japanese also executed ten other prisoners as well. Escape attempts from Japanese camps were rare.

Camp accommodation was generally in barracks and prisoners were given mats to sleep on. Very few of the Japanese guards spoke English and internees were forced to learn Japanese in order to understand commands they were given. Failure to comply with instructions would merit a beating. Tenko was the name given to the daily roll-call and prisoners had to call out their prisoner number in Japanese.

The majority of prisoners were put to work in mines, fields, shipyards and factories on a diet of about 600 calories a day. Harry Carver comments “..I was – a white slave. I worked 12 hours a day on a diet of soya beans and seaweed.” Prisoners were rarely given fat in their diet and all were continuously hungry. The majority survived on barley, green stew, meat or fish once a month and seaweed stew. Red Cross parcels were not distributed to the prisoners.

Those that suffered the worst conditions and hardship while Japanese prisoners of war, were those that were sent to build the Burma-Thailand railway. Prisoners of war and Asian labourors worked side by side to build the 260 mile railroad by hand. They were expected to work from dawn to dusk, ten days on and one day off, moving earth, building bridges, blasting through mountains and laying track.

They survived on a meagre diet of rice and vegetables and illness was common. Prisoners suffered from malnutrition, ulcers and cholera.  Around 61,000 prisoners were put to work on the railroad. Of those 13,000 died.

This article on Japanese POW camps is from the book Curtis LeMay: Strategist and Tactician © 2014 by Warren Kozak. Please use this data for any reference citations. To order this book, please visit its online sales page at Amazon and Barnes & Noble.